12 stages covering 7,846 kilometres, 4,767 kilometres of which will be timed specials, and an increased focus on rider safety are all in the plans announced for the 2021 Dakar Rally in Saudi Arabia.

Race Director David Castera laid out the plans for the 43rd edition of the Dakar Rally in the broadcast press conference highlighting an all-new route across Saudi Arabia starting and finishing at Jeddah for this, its second visit to the Middle Eastern country.

The 2021 Dakar, which takes place from January 3 to 15, will also have a new focus on rider safety with airbags in rider suits now mandatory being among a host of new rules. The route also gets a heavy dose of safety consideration and this year will “reduce the length and amount of fast sections, while emphasising driving technique…and navigation skills”, according to the race organisation Amaury Sport Organisation (ASO).

This news will be welcomed by some who competed in the 2020 edition in Saudi Arabia and voiced concerns about the route being too fast and lacking the need for much navigation skill. 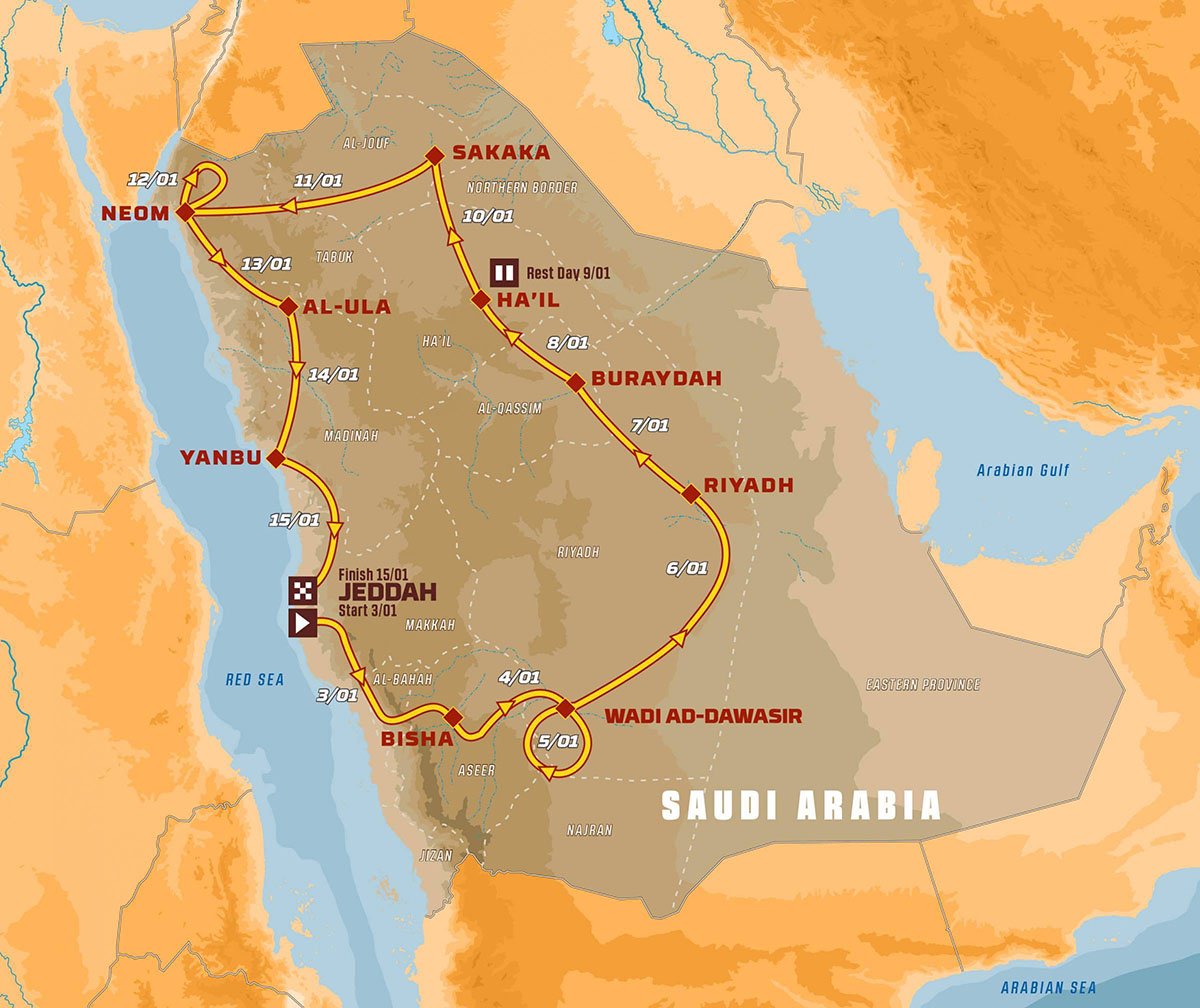 Safety: a priority for the bike class

In order to increase the safety of the riders, both the FIM and ASO have focussed on ensuring a safer rally for the motorbike class. For 2021, the use of an airbag will be mandatory for all competitors in the event.

This measure will be complimented further with the roadbook being handed to riders just before every stage, alongside an allowance of just six tyres for the professional riders during the whole race in a bid to reduce the speed and prioritise navigation. The organisation hopes that these new rules will make the riders ride more conservatively, putting the emphasis on the navigation and taking care of their engines.

Additionally, the navigation tower on each bike will incorporate an alarm that will beep when the rider approaches danger zones.

One of the main new features for the 2021 edition is the 11-kilometre prologue that will determine the starting order of the opening stage. As usual, the 43rd edition of the rally features a gruelling marathon stage, set to test the race management and endurance abilities of the riders right after the mid-race rest day in Ha'il. 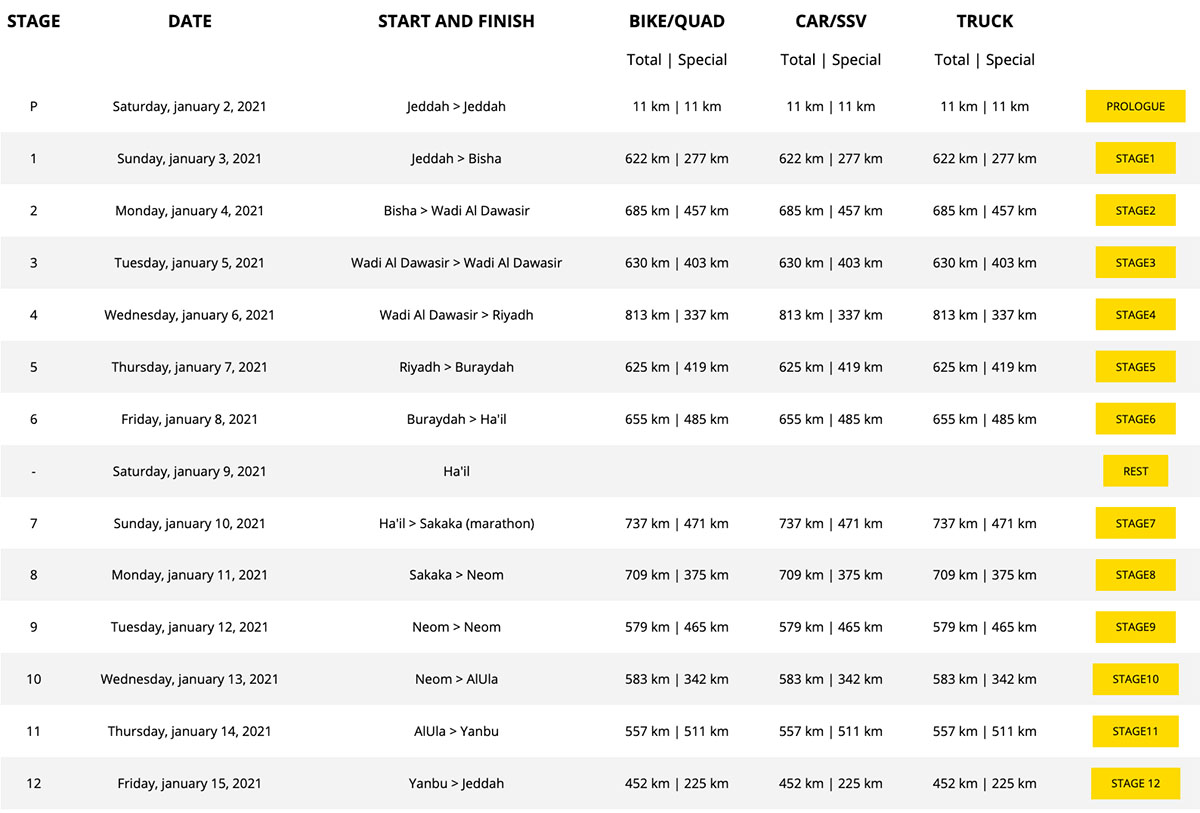 “We often hear that participating in the Dakar is a victory in itself. This is certainly the feeling that will invigorate us all on January 3rd in Jeddah,” admitted Castera on the presentation of the 2021 Dakar. The preparation and the route scouting had to be done following a calendar adapted to the travel restrictions that have marked 2020.

For the same reason the rally will be held under unusual conditions, taking into account a protocol designed to maximise security and to prevent the propagation of the COVID-19. Despite the limitations the ASO ensures that the toughest rally in the world will include “everything to thrill those who set off and make those who stay home dream" following the spirit of its creator, Thierry Sabine.

Despite the difficulties, 321 entrants are on the entry list with 108 of those set to compete on motorbikes. A healthy number taking into consideration the current global situation.