Results from the 2022 Dakar Rally where GASGAS Factory Racing’s Daniel Sanders has set the fastest time on the opening day’s short prologue (stage 1A) ahead of Pablo Quintanilla and Ross Branch.

Dakar Stage 1A (prologue) in a nutshell:

Stage 1A’s finishing positions determine the start order for tomorrow’s Stage 1B, the real start of the race. The top 15 finishers choose their start place in result order and though today’s result is not crucial, where you start each day is the daily game of chess riders play to (following is easier than leading especially in the dunes).

Stage 1B is a loop beginning and ending in HA’IL and will see a total of 513km with 333km as timed special. 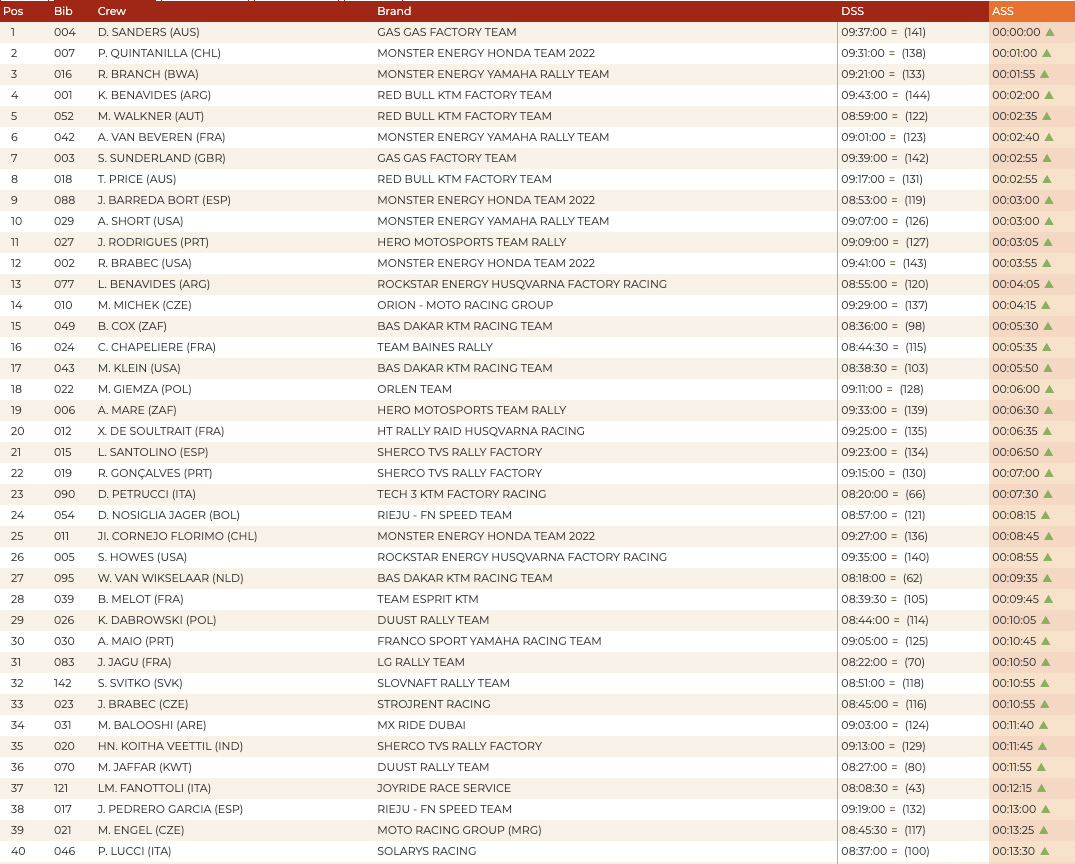