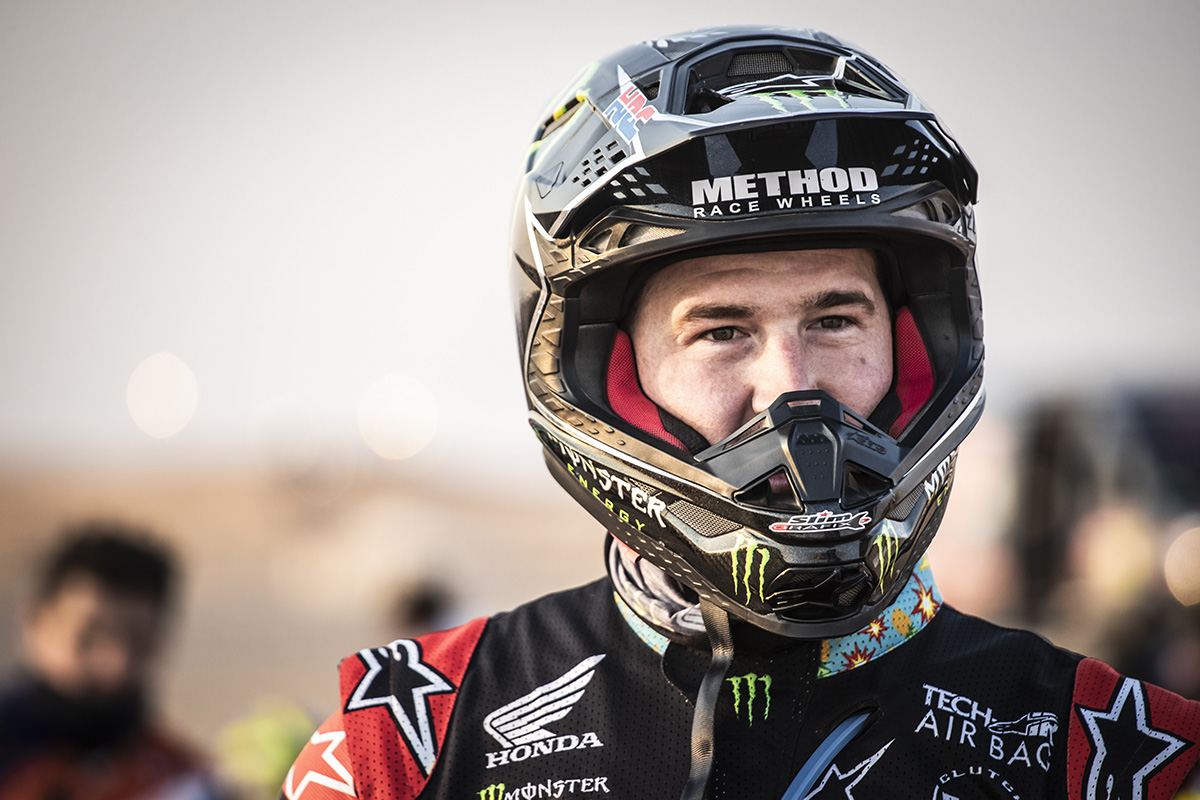 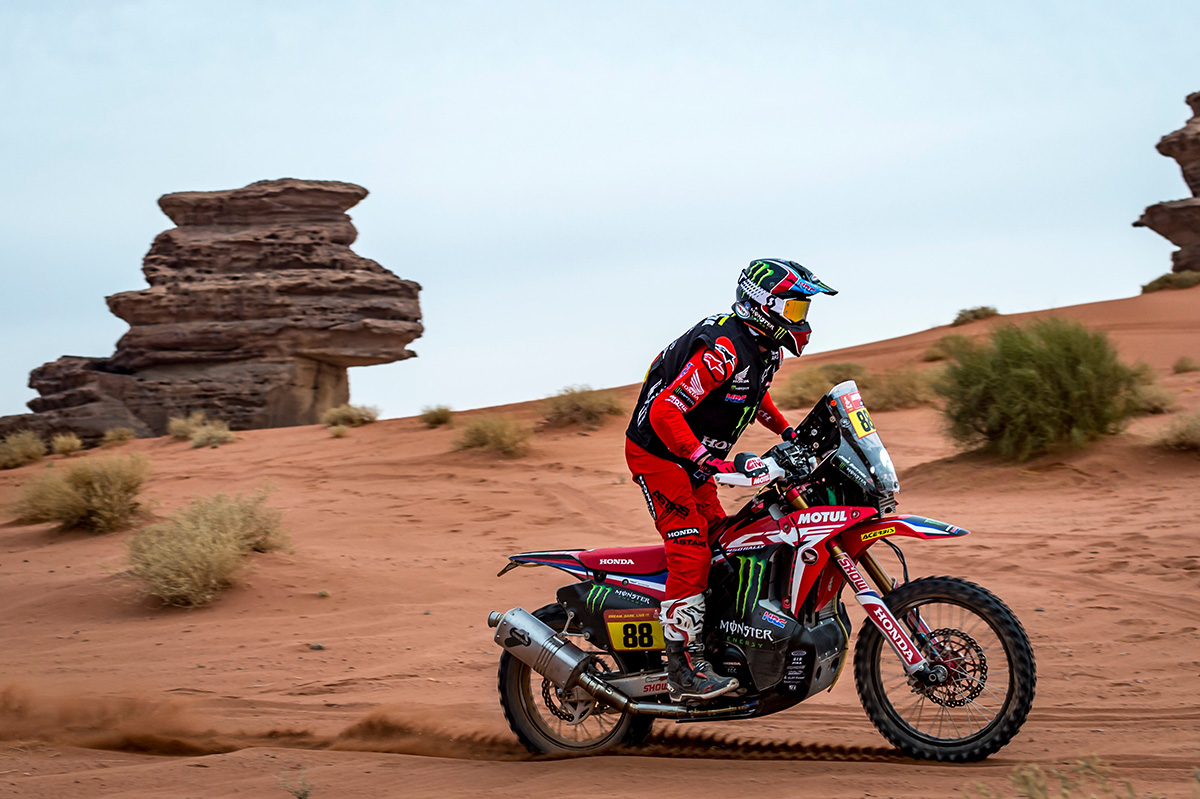 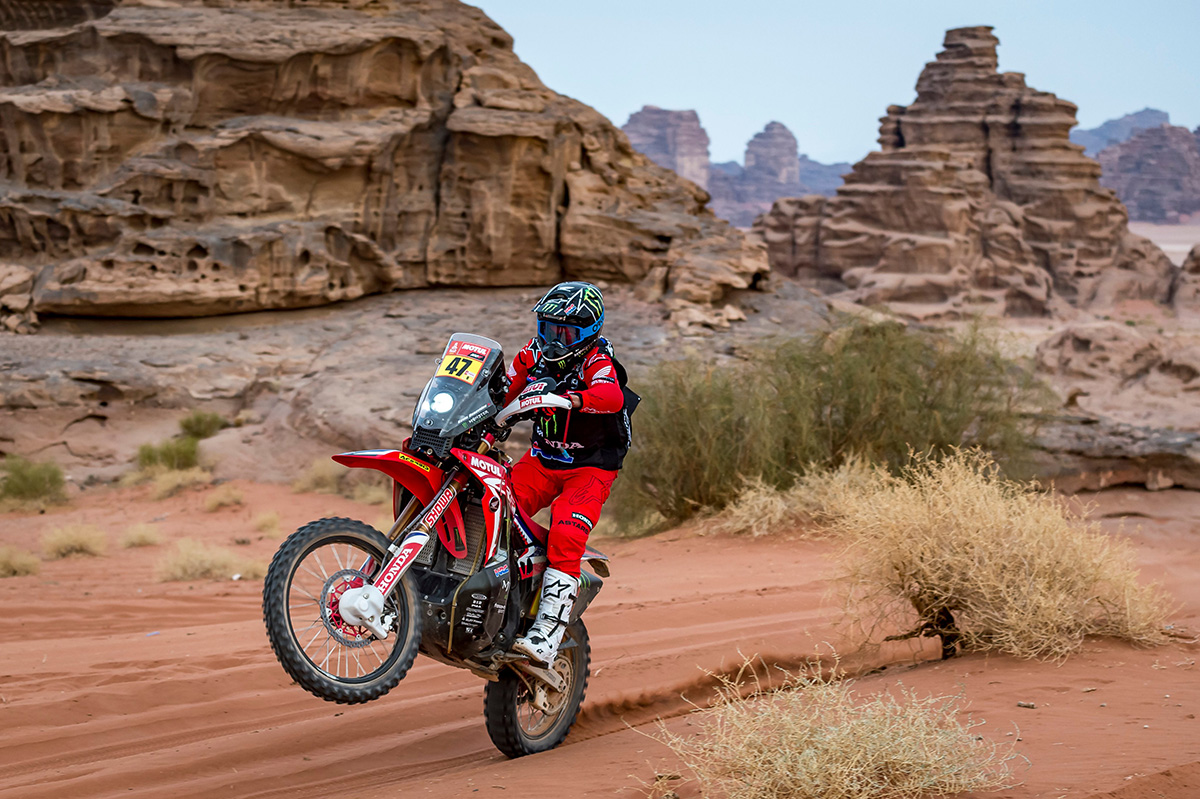 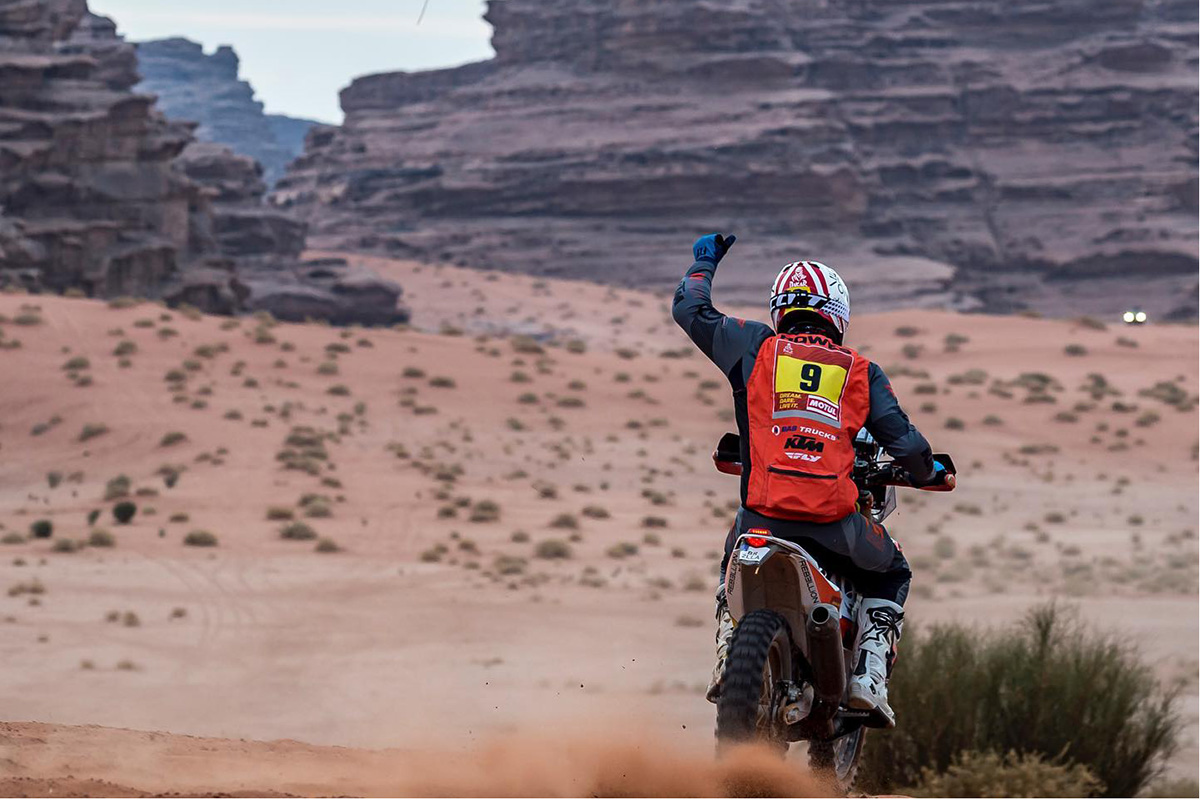 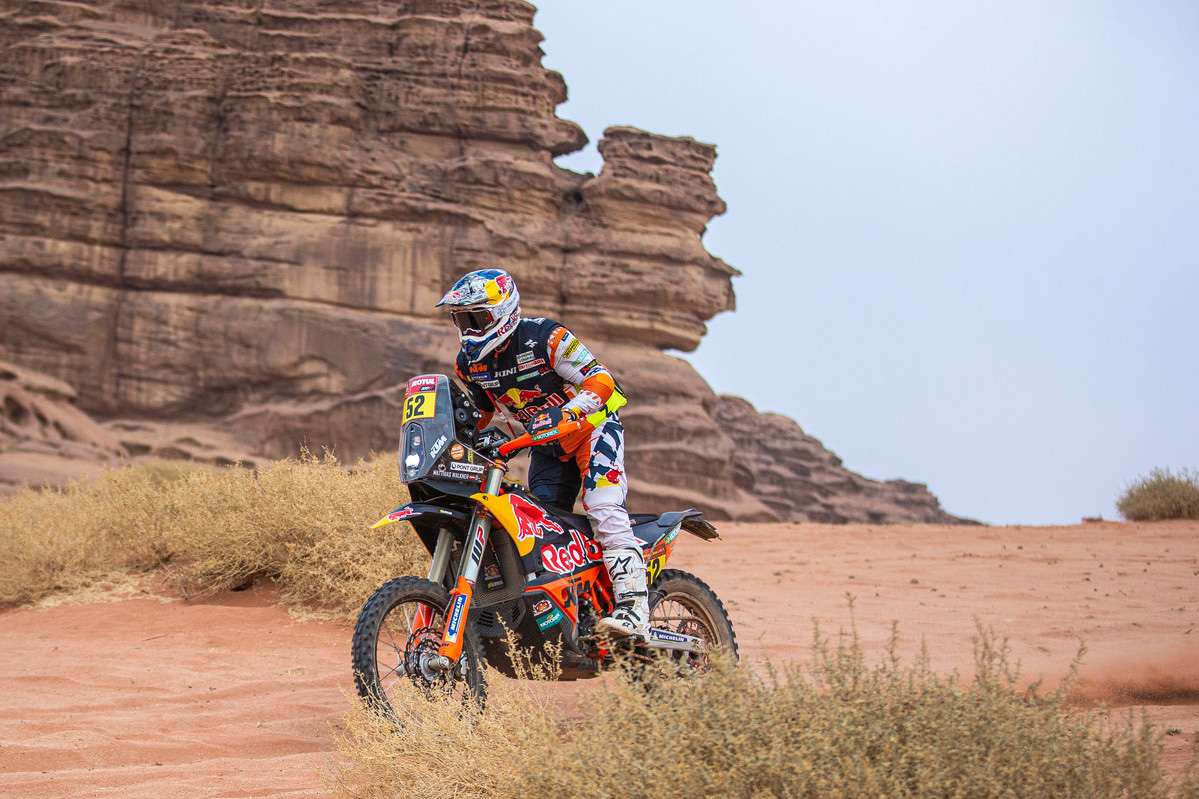 Ricky Brabec pulls the pin on stage 10 of the 2021 Dakar rally to jump right back into contention and head home a Honda one-two-three result – meanwhile his teammate and rally leader Jose Ignacio Cornejo goes out. 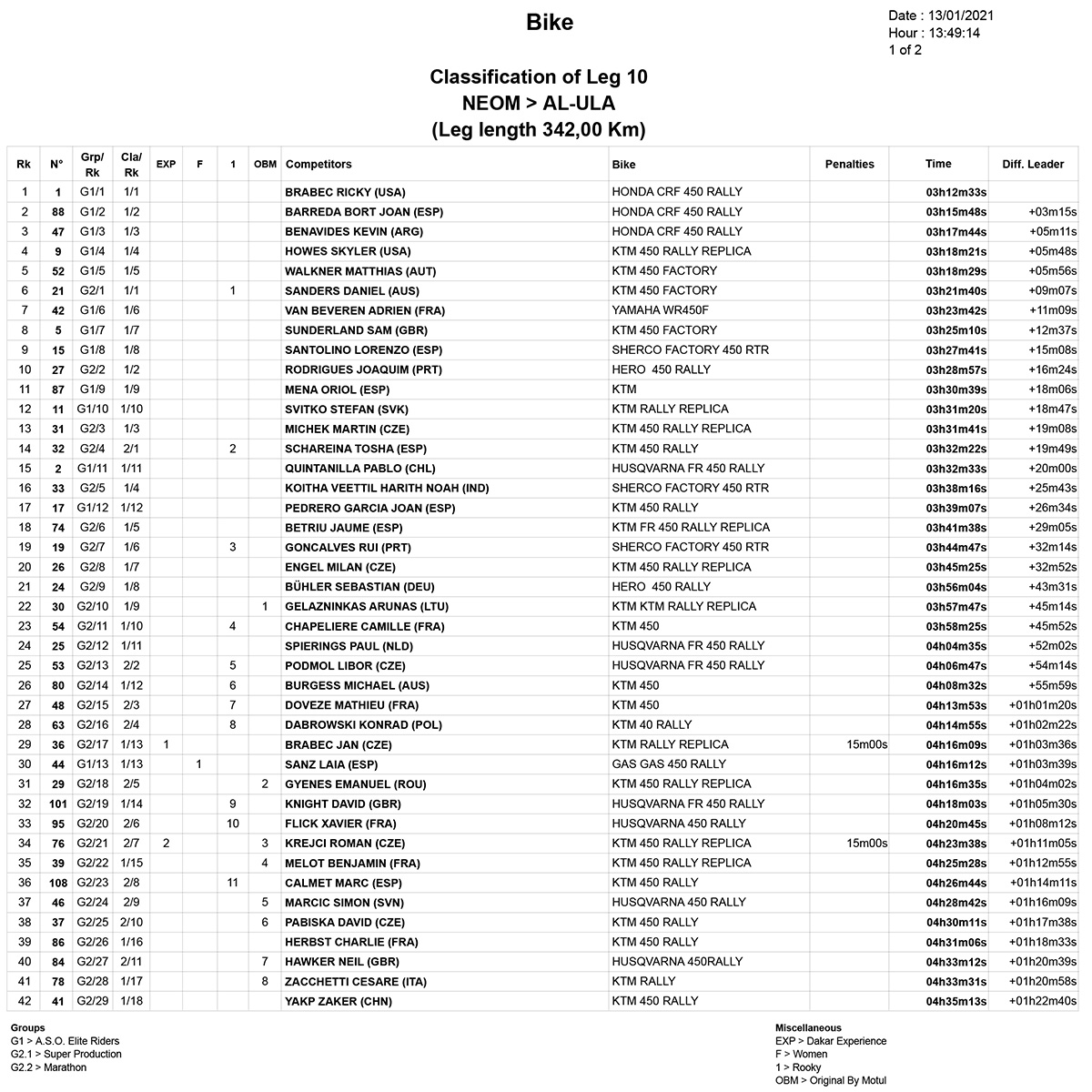 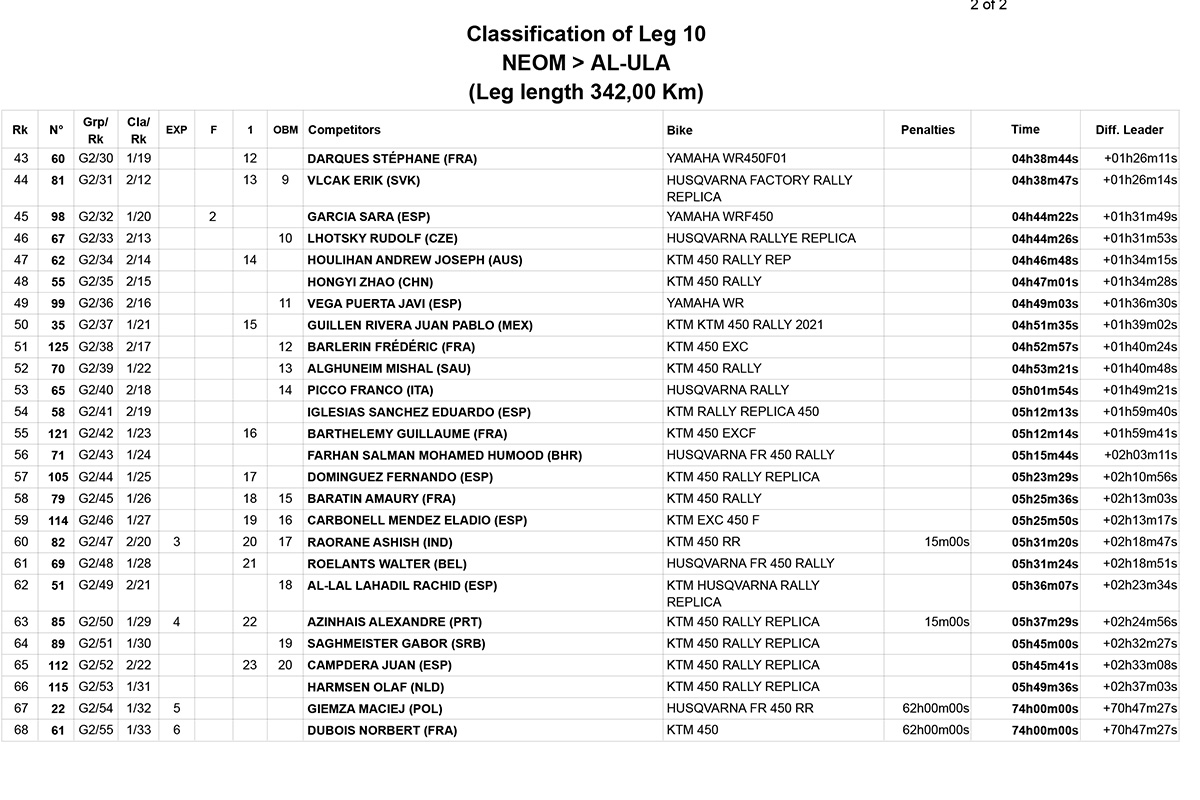 Fourth on the day and the best-placed non-factory bike on the BAS Racing KTM, Skyler Howes moves to fifth overall (next best privateer is Stefan Svitko in P10)…

It was a good day for…see above, Skyler Howes. Make no mistake the BAS Dakar KTM Racing Team is a professional squad but for a couple of decades now we have seen nothing Red Bull KTM’s dominating this race. To be best placed Austrian-built bike, orange, white or red, on stages this late in the Dakar is, well, unbelievable. Credit to the team but a round of applause for Skyler.

It was a bad day for…Nacho Cornejo. It was almost via the back door that Jose Ignacio Cornejo arrived at the top of the time sheets in the second week. Yesterday he went 11 minutes clear as Toby Price, his then nearest challenger, crashed out. The Chilean has had an immense 2021 Dakar and was widely considered one of the best out there for navigating and that skill proved incredibly important this Dakar – along with being like a Roadrunner in the desert. Get well soon to all who have gone out injured.

The Monster Energy Honda Racing Team have a problem. Which rider do they want to win the 2021 Dakar? Surely as eggs are eggs Kevin Benavides, Ricky Brabec and potentially Joan Barreda all desperately want this.

“We all know we all wanna win. Winning is the best thing there is in life.” Said Brabec today before adding, “I don’t think there will be any team orders. We’ll see after tomorrow.” 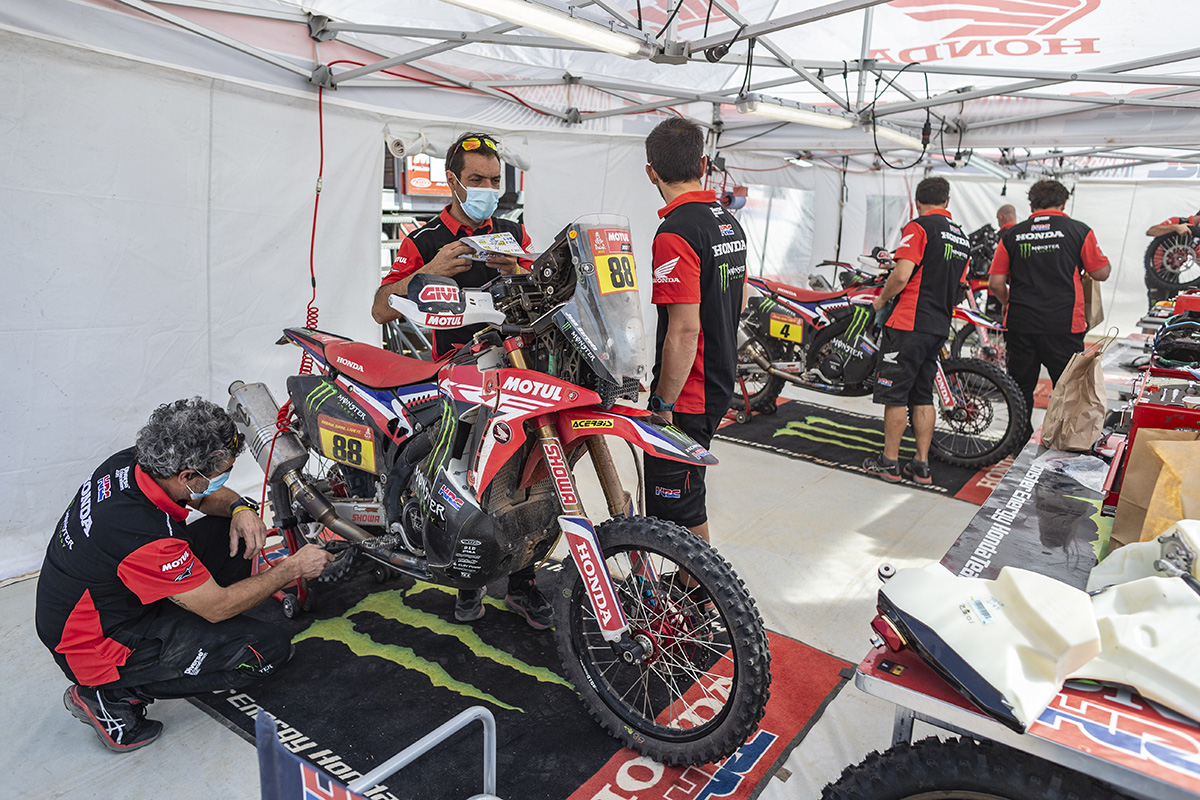 Most obviously Honda will want three riders on the podium at the finish, that has never happened and in so many years of Austrian bikes dominating it would be one hell of an achievement. The team’s priority will be to win first and see that podium result second.

BTW, we happily eat our words. During week one it looked incredibly unlikely Ricky could get even close to a podium let alone be in contention to win. Humble pie for dinner tonight for this journalist. 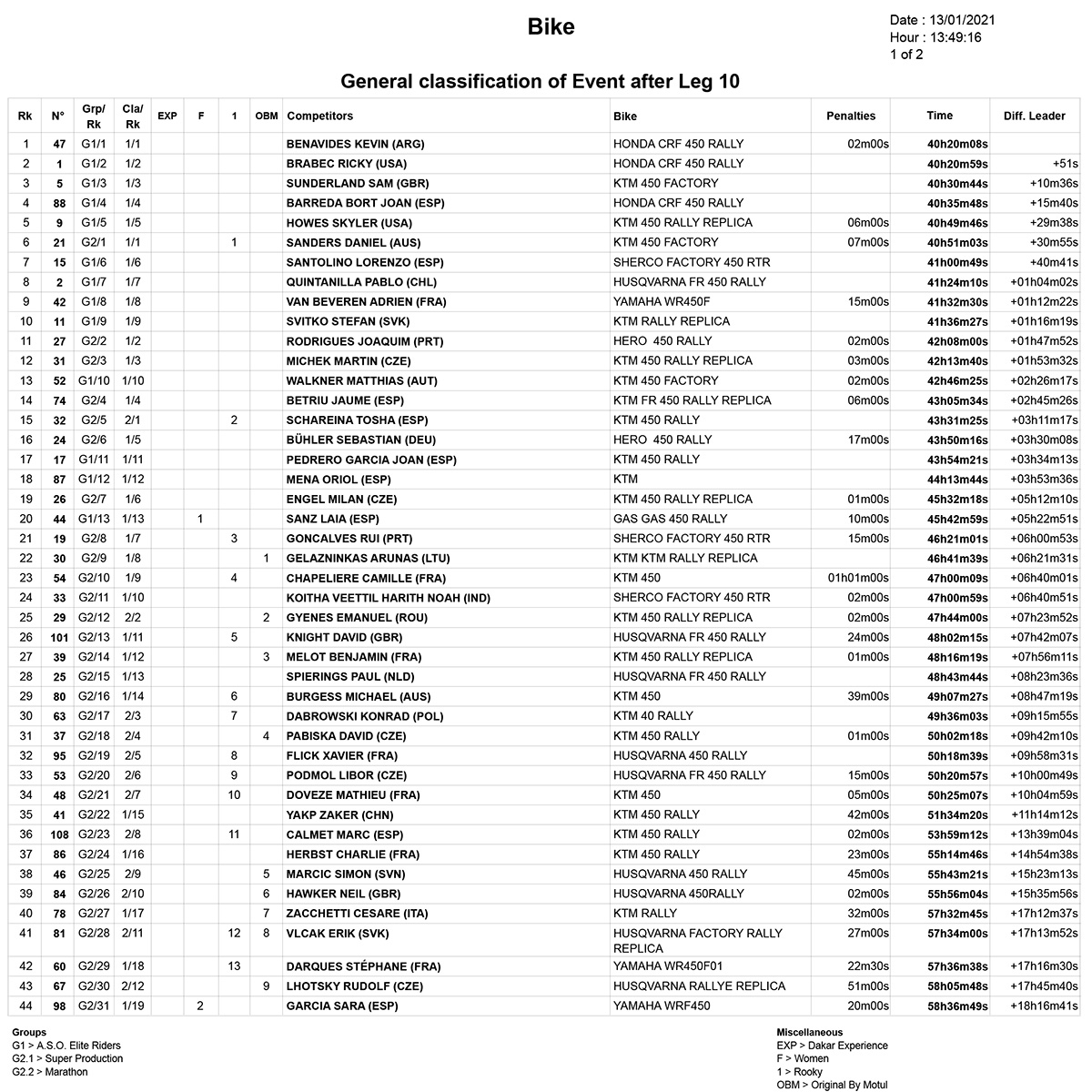 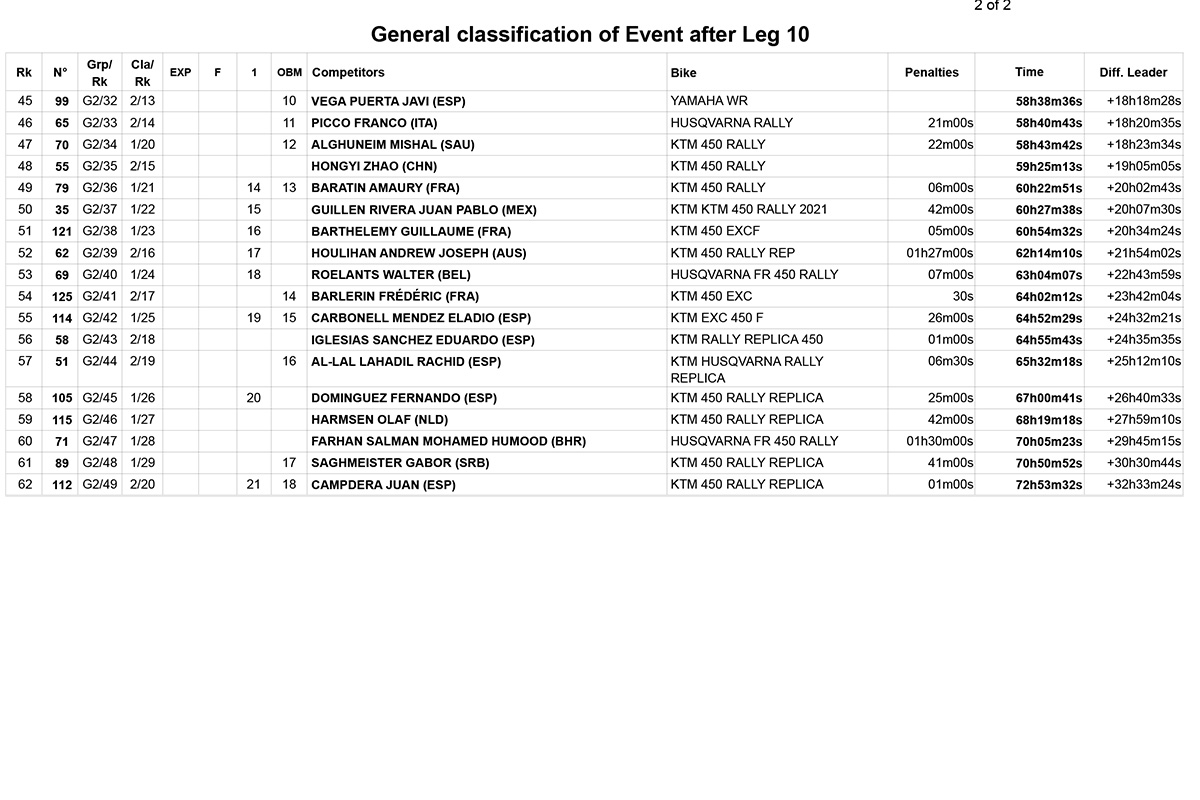