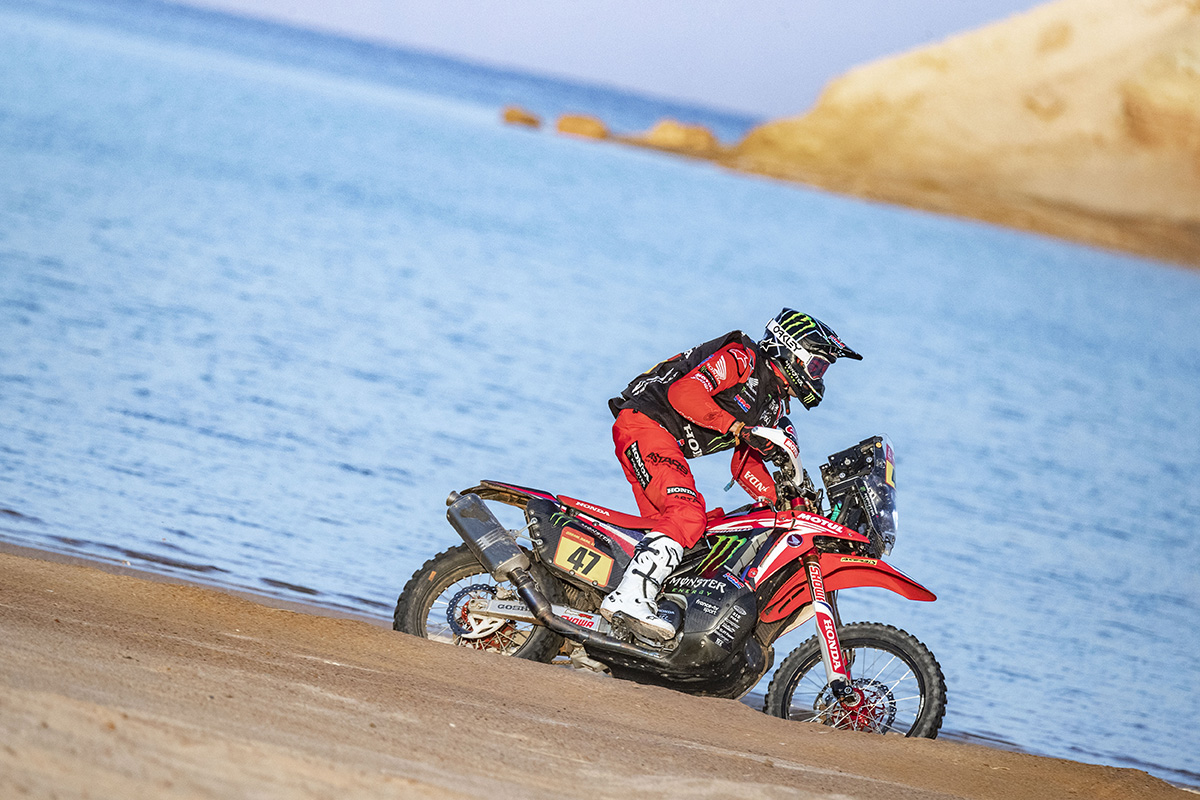 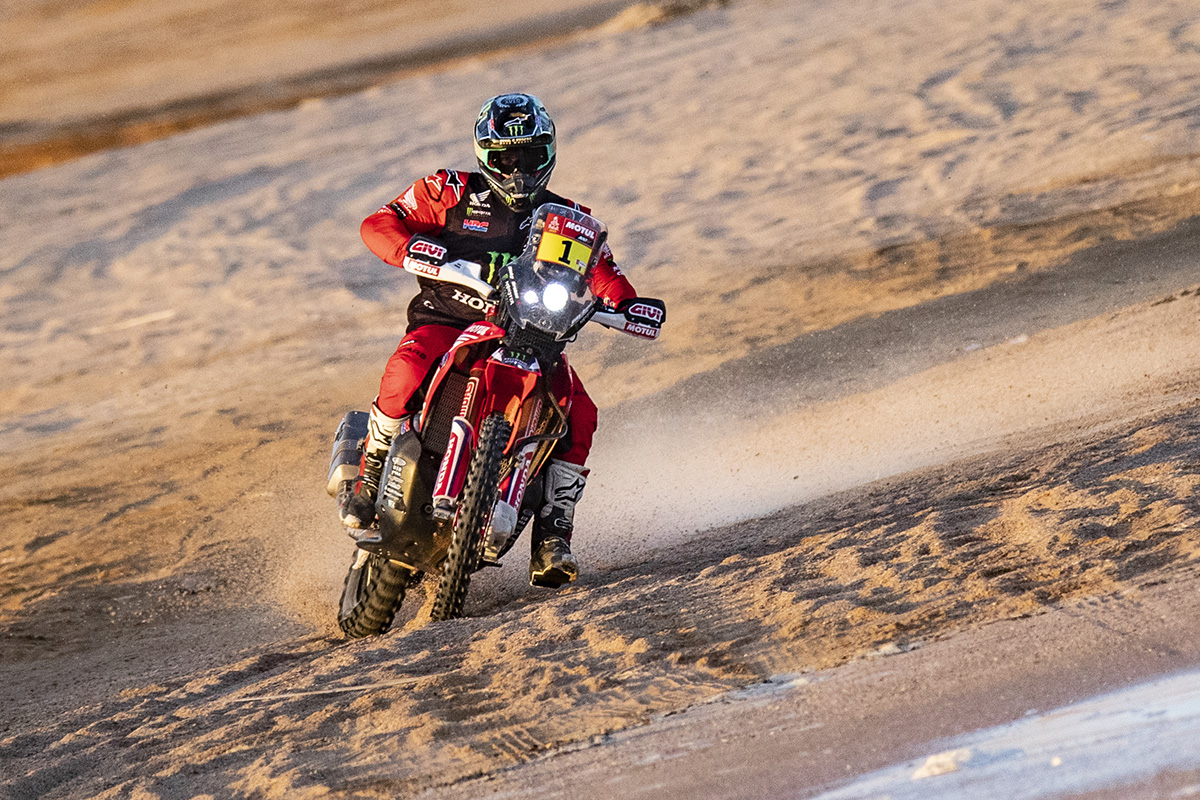 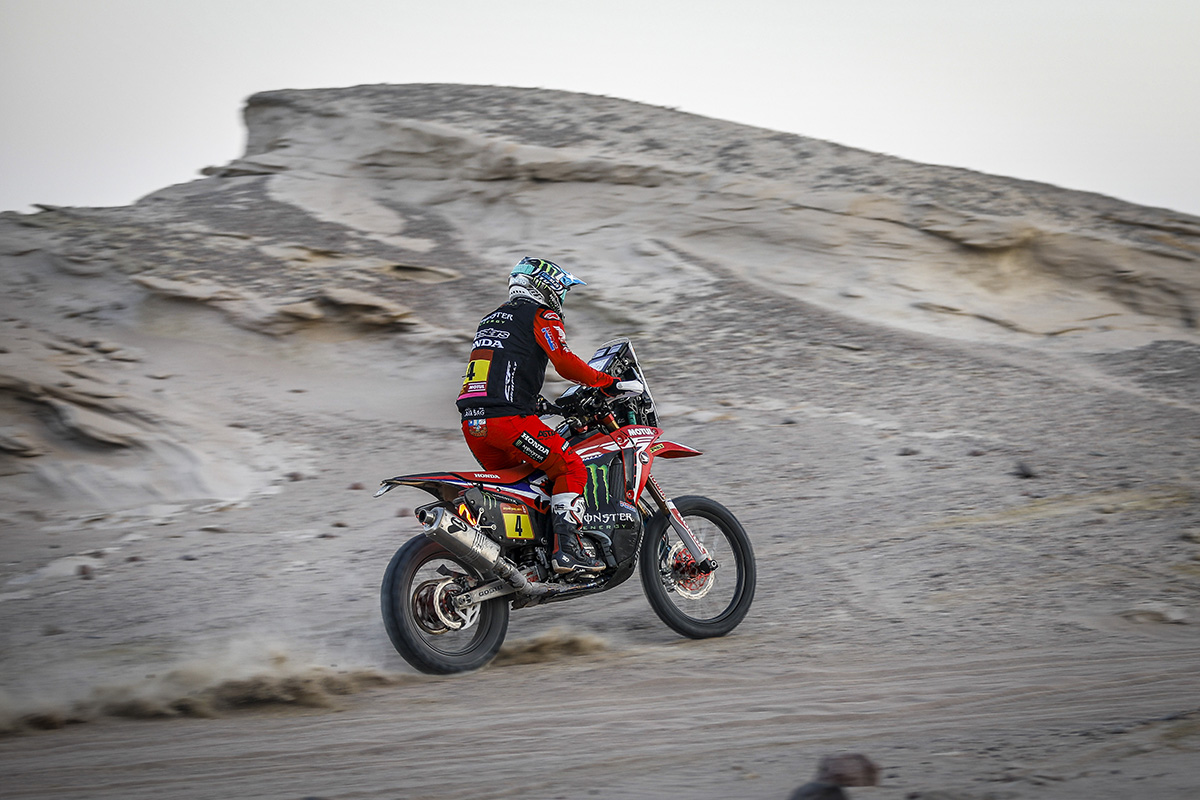 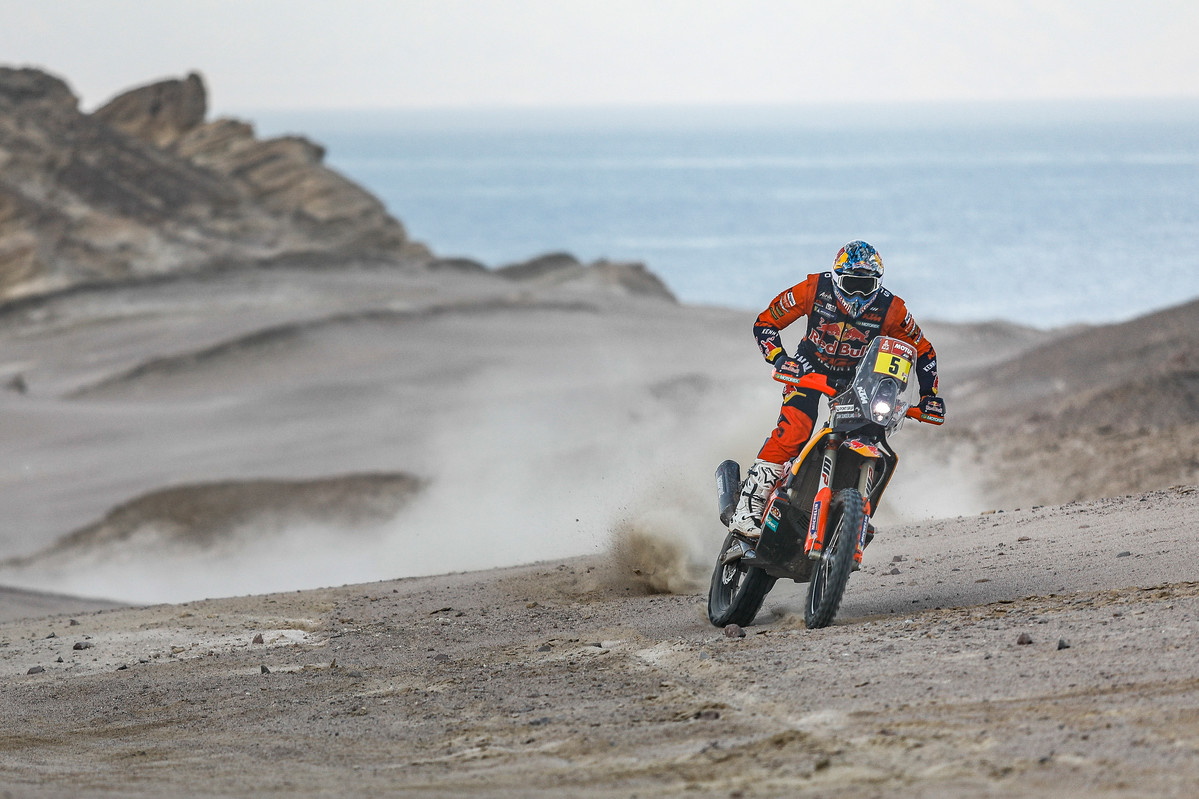 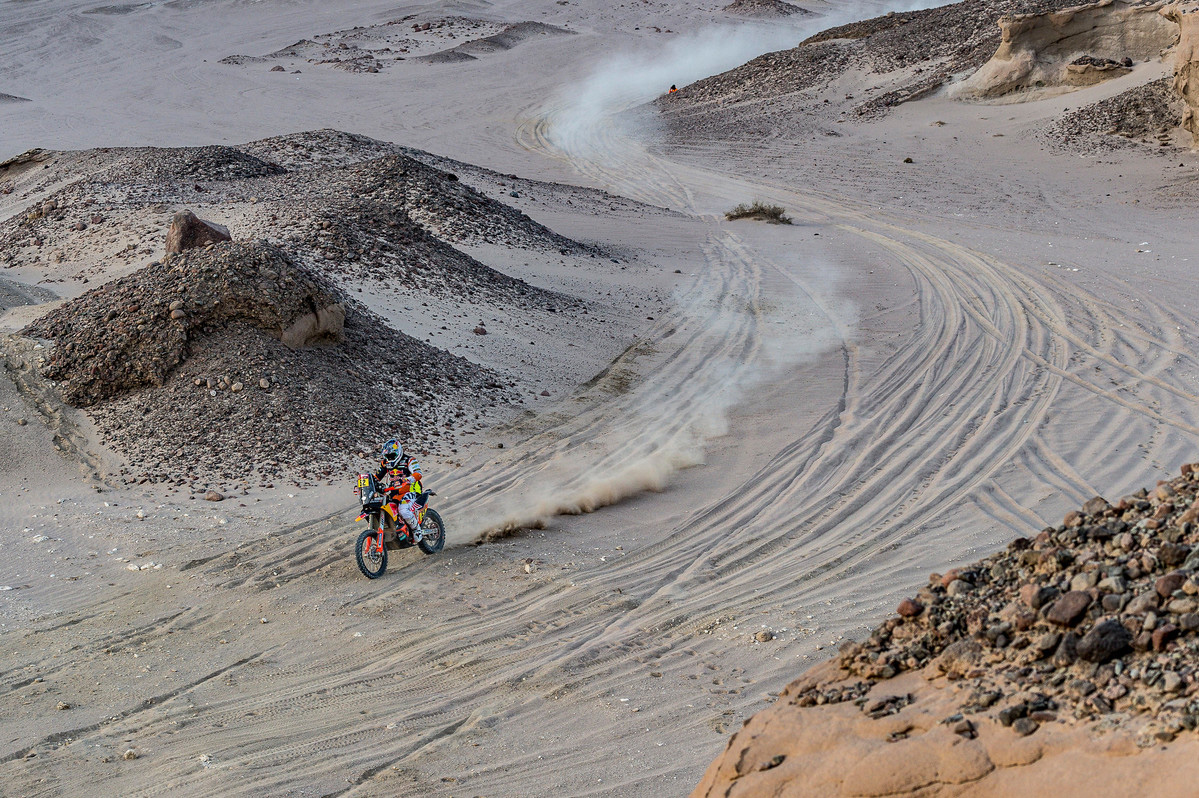 Stage nine of the 2021 Dakar Rally ramped up the drama to eleven after Toby Price crashed out of the race, Monster Energy Honda’s Kevin Benavides took the victory while teammate Jose Ignacio Cornejo grows a ‘comfortable’ 11 minute lead.

More on that story here: Toby Price crashes out of the Dakar Rally 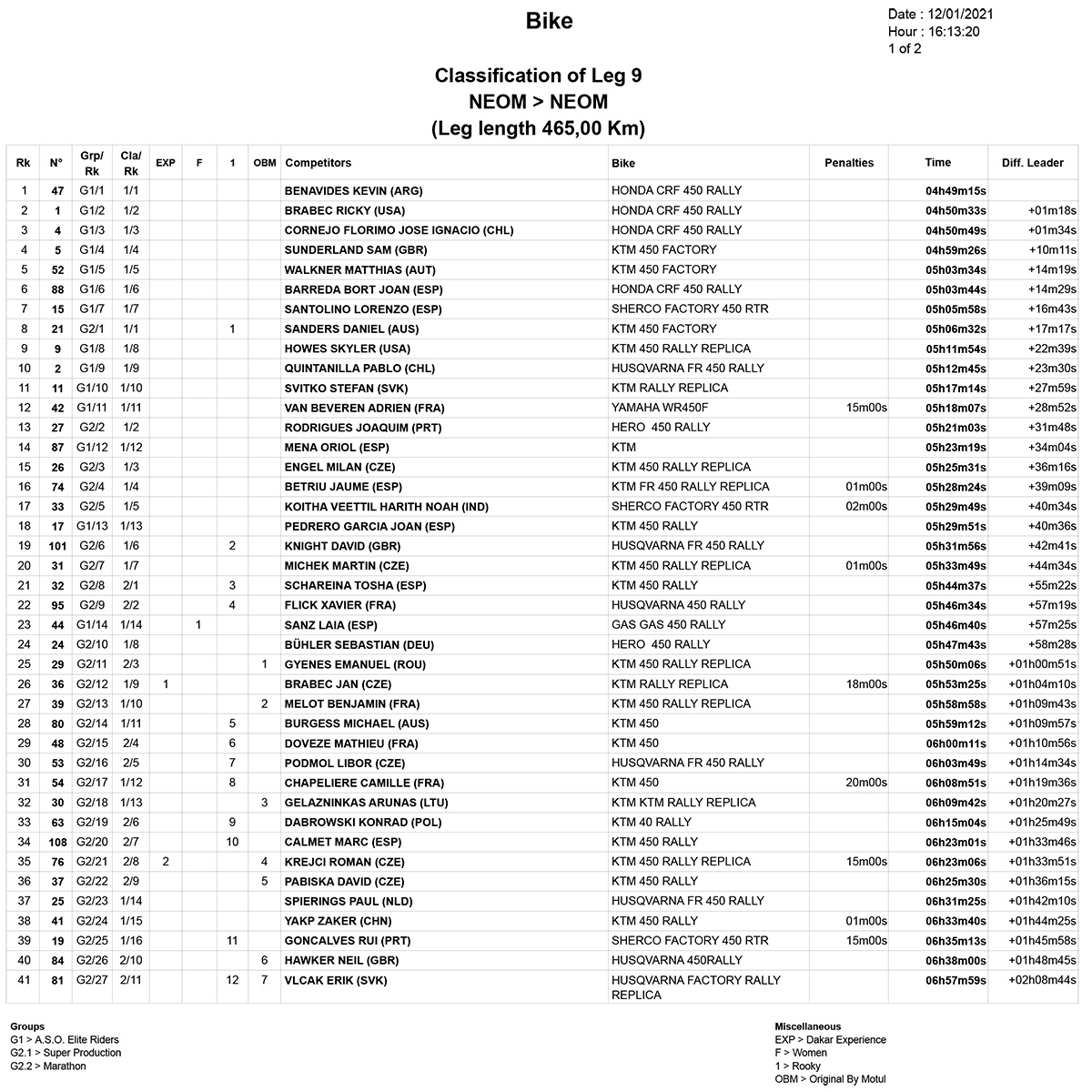 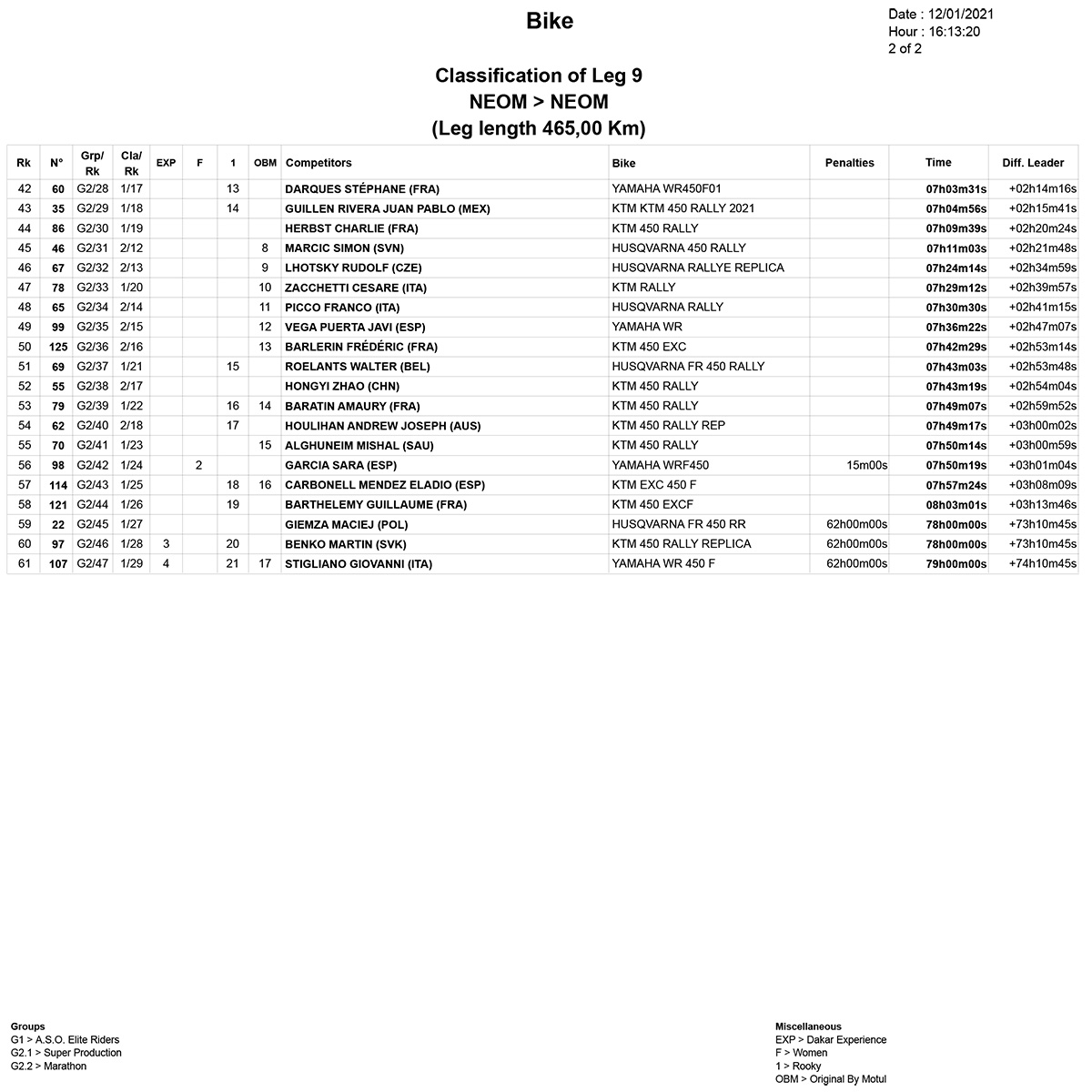 Don’t go thinking we’d forgotten about Laia Sanz. She’s been quietly going about her business as usual putting the GASGAS in 20th position overall so far...

It was a good day for…Honda (again). Nacho Cornejo extends his lead, Kevin Benavides wins the stage and together with Ricky Brabec climbs back up the order to P4 behind the lonely orange KTM of Sunderland. With Joan Barreda in P5, HRC riders occupy four of the top five places. Could we see a Honda ‘red wash’ on the podium?

It was a bad day for…airbags. The details are unclear about each of the crashes so Enduro21 cannot blame anyone or anything for the collarbone, neck and shoulder injuries which have so far seen riders go out of the 2021 Dakar (read Price, De Soultrait, Luciano Benavides to name three).

But aren’t the new, now mandatory, airbags systems in use this Dakar supposed to stop these things happening? Sure, it’s off-road racing and we go down hard on that area of our bodies when we crash (really hard when we’re travelling as fast as these guys do). But wasn’t reducing these injuries, and potentially worse ones, the point of making everyone wear an airbag? 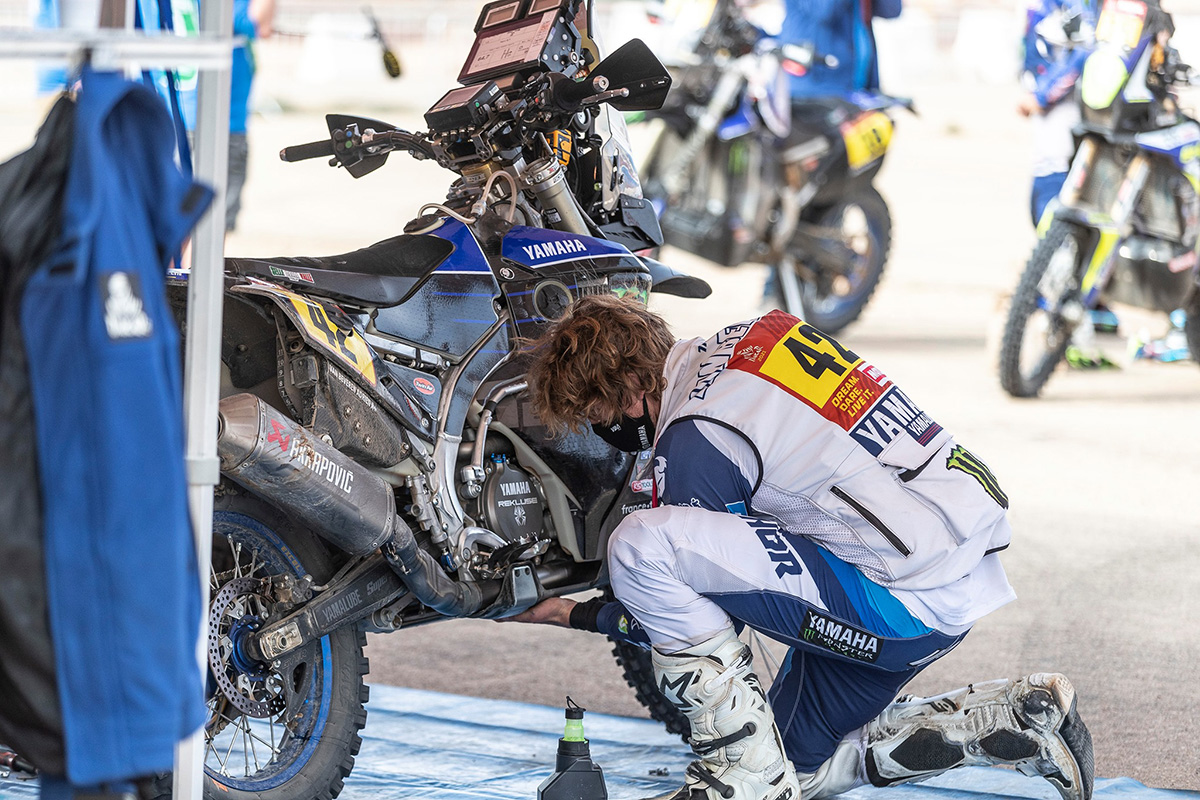 It’s hard to pick up any other business after all of the above. Initially, Adrien Van Beveren had his best stage result of the 2021 Dakar in fifth today but was later docked 15 minutes. Whatever the result the Frenchman is now the sole factory Yamaha rider in the race after Ross Branch became the fourth of five in the official squad to retire. Branch too is reported to have suffered engine failure.

The second of the Benavides brothers, Luciano on the Rockstar Husqvarna, was another rider to go out today after suffering the same fate as Price but around 100km later into the stage.

It was David Knight’s best stage results of the rally inside the top 20 with P19. Knighter is 27th overall. 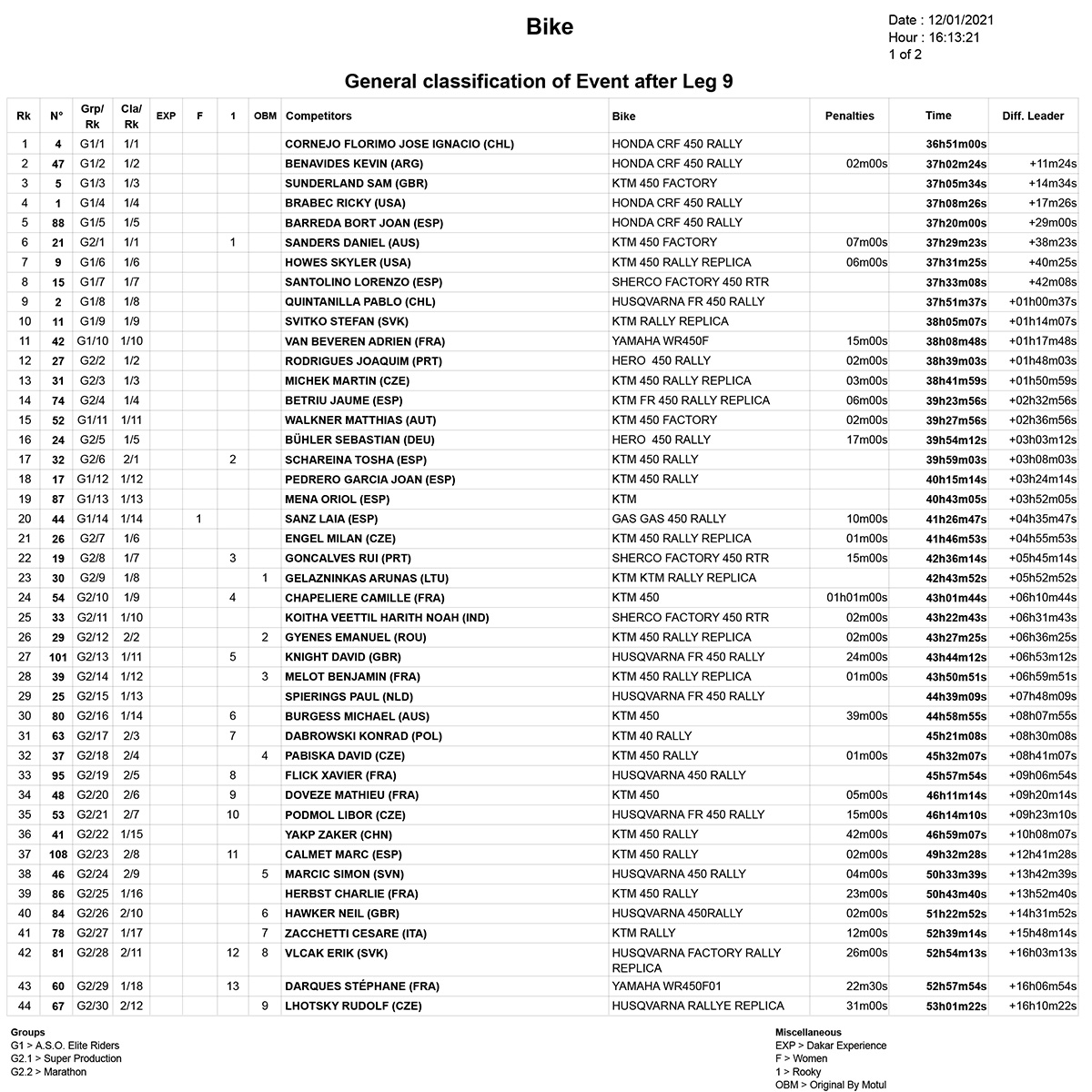 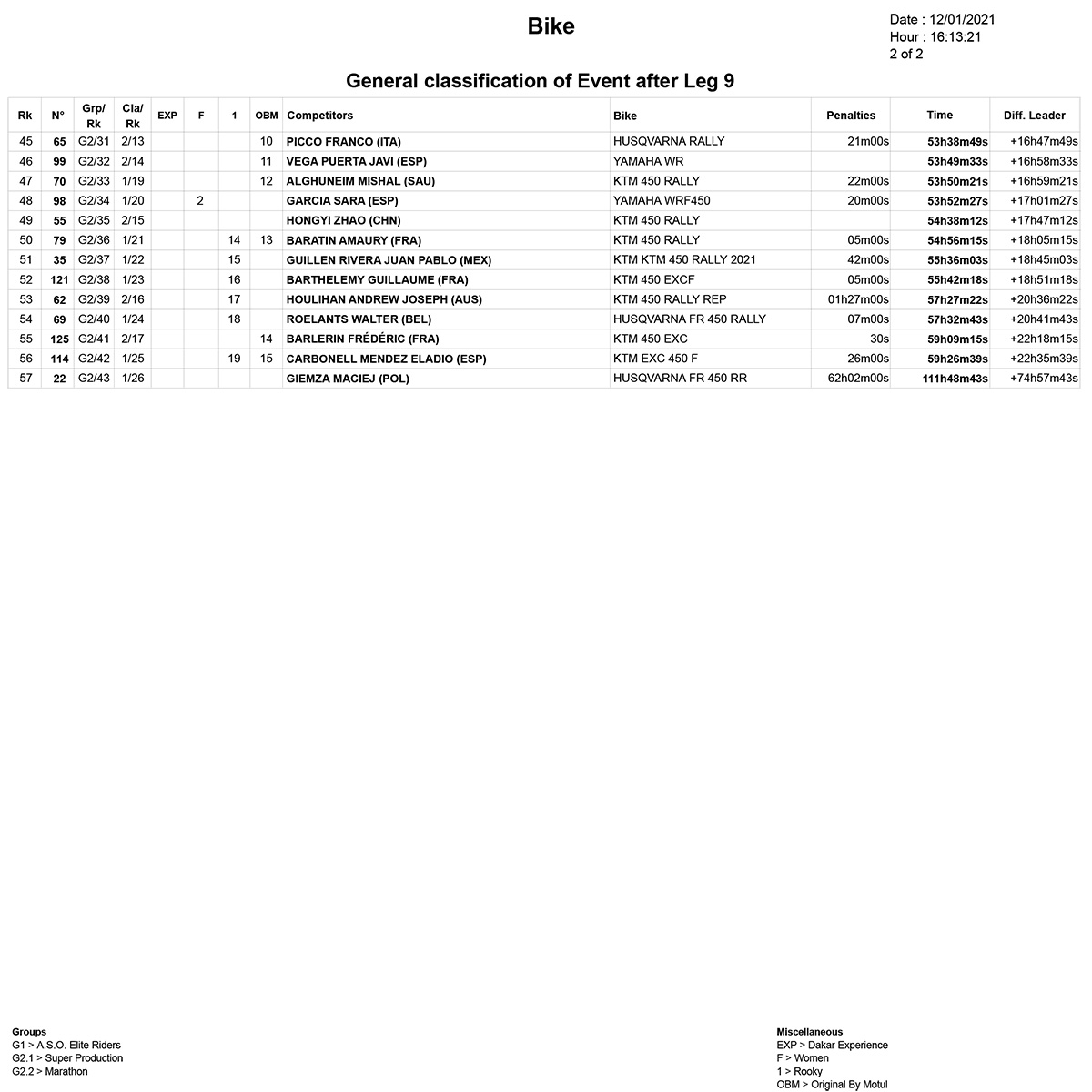