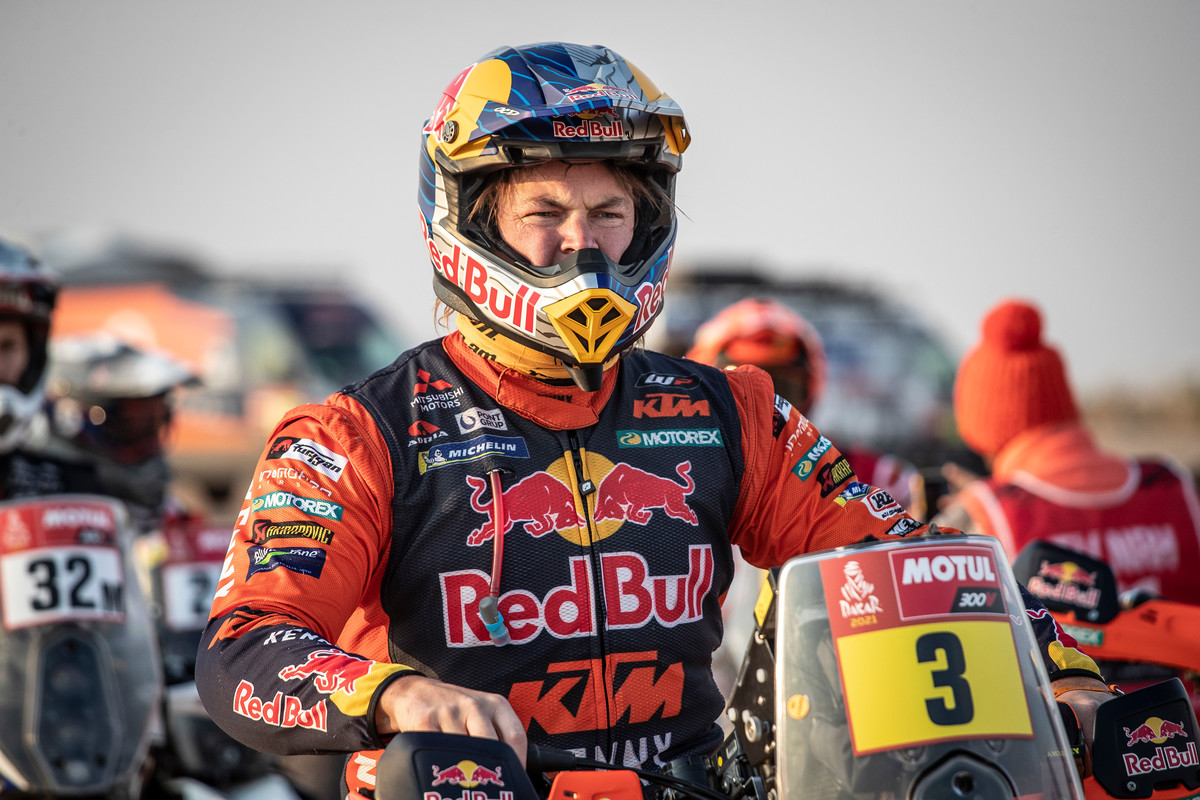 Toby Price crashes out of the Dakar Rally

Red Bull KTM’s leading rider and contender for 2021 Dakar Rally title, Toby Price, has crashed out of stage nine – the Australian reportedly injuring his shoulder and arm leaving him unable to continue.

The race organisers say Toby crashed around 155 kilometres into the stage and, unable to continue, was airlifted to hospital for x-rays but is not thought to be seriously injured. Enduro21 understands both Sam Sunderland and Ricky Brabec assisted Toby on the ground until the race organiser's helicopter arrived.

Price’s exit from the Dakar comes after enduring remarkable marathon stage eight with a badly damaged rear tyre which everyone, including Toby, did not expect him to finish. The Australian was forging clear out the front of the overall standings, along with Honda’s Jose Ignacio Cornejo, and looked likely to take it right to the wire.

The twist in the plot leaves Sam Sunderland as the best-placed KTM rider, third overall as of yesterday’s stage results. That also means Honda riders are swarming the top placings with now all four of the factory HRC riders inside the top five.

Update: Unfortunately it seems Luciano Benavides has fallen to the same fate. The rally organisers report the Rockstar Husqvarna rider has fallen at the 242km mark and, similarly to Price, has injured his shoulder forcing him out of the rally.

Meanwhile Monster Energy Yamaha rider Ross Branch has also exited today’s stage with a suspected engine failure. He becomes the third Yamaha rider to go out of the rally with a mechanical issue along with Franco Caimi, Jamie McCanney and Andrew Short.