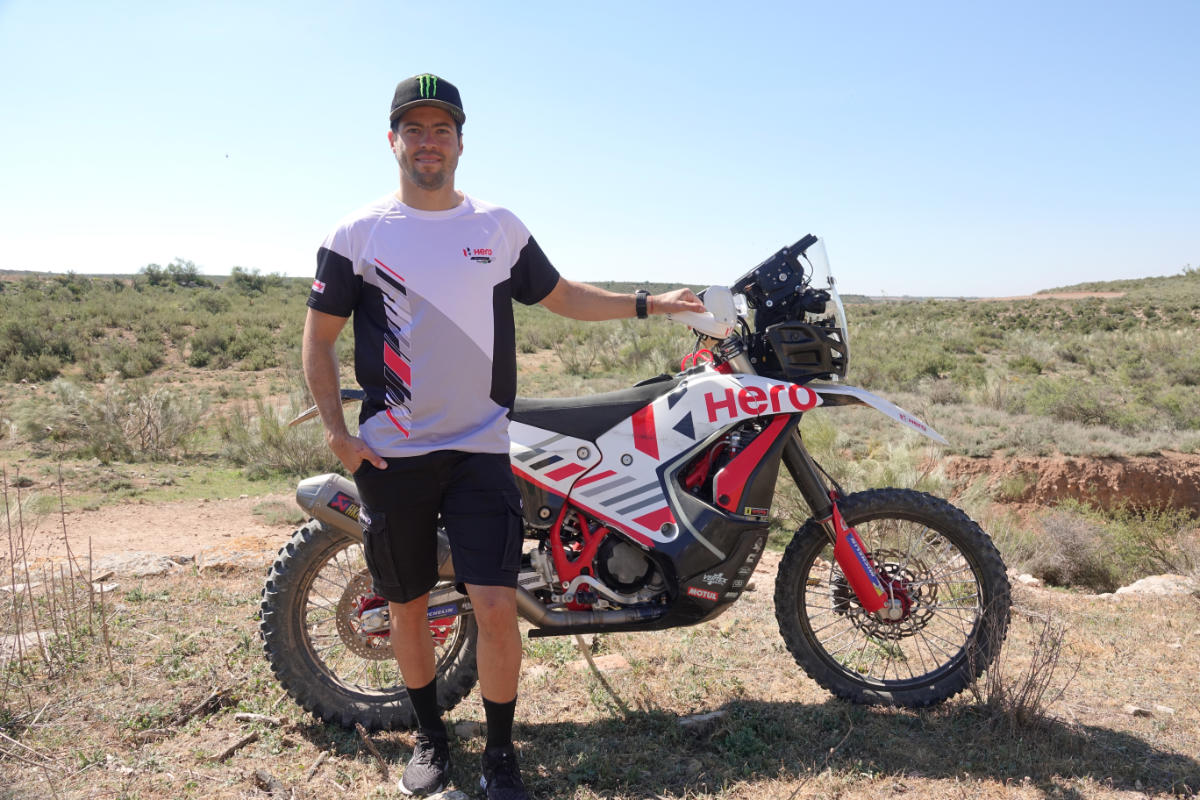 The Argentinian is already well into the training and development programme heading towards Dakar 2022 and will join Joaquim Rodrigues and Sebastian Buhler in the first race of the 2021 season for the team in Spain this month.
Franco brings plenty of experience to the Hero team having raced Enduro at the ISDE (he has six gold medals), taken two Latin American championships, three national championships each in Argentina and Chile.

In 2017, Franco moved to the Rally where he clinched the title of ‘Rookie of the Year’ with an eighth-place finish at the Dakar. He matched that result at the 2020 Dakar before being part of the beleaguered Yamaha Racing team’s results (one of four riders who retired) in 2021.

When the Yamaha team decided it was slimming down its operations to focus on those problems post-Dakar, Franco, along with Jamie McCanney, had to look for other options and the Hero MotoSports Rally Team have gained a consistent professional rider as a result.

“I am thrilled to join the team.” Says Caimi. “The team has been delivering impressive performance over the years and I look forward to riding alongside some of the best and promising riders in the sport.

“It’s a crucial time for the team currently as we train and prepare for the upcoming race. I have already had a very productive training session with Joaquim and Sebastian and now looking forward to competitive racing.”

“I am confident that Franco’s rich experience and consistent record at Dakar will help us in going a notch up in our preparedness and competitiveness. Currently, we are prepping-up for the Andalucia Rally and are extremely excited to have Franco represent the Team. We wish him good luck for a successful journey with Hero Motosports Team Rally.”

The Hero MotorSports Rally Team and Franco will commence their “Road to Dakar 2022” at the upcoming Andalucia Rally scheduled from May 11-16, 2021 at Villamartin, Spain.