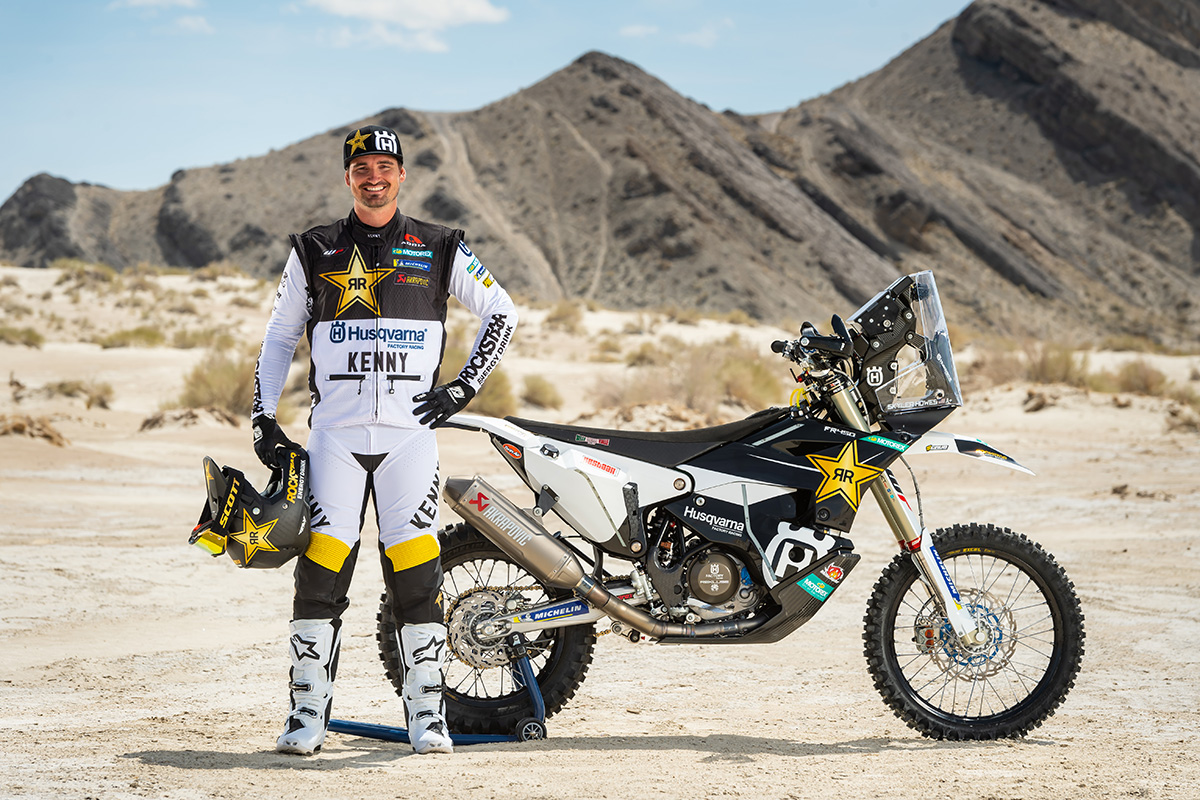 American Rally star Skyler Howes has signed to race for the Rockstar Energy Husqvarna Factory Racing team at the Dakar Rally and in the Cross-Country Rallies World Championship through 2023.

Well, that answers one question Enduro21 had been asking this week. After finishing as best placed rookie in 2020 and taking a remarkable top-five finish at the 2021 Dakar Rally, Skyler Howes has been scooped up by the Factory Husqvarna Rally squad on a three-year deal.

On the back of the news that Pablo Quintanilla was leaving the Husky team, the 29-year-old American Howes will compete in the FIM Cross-Country Rallies World Championship as well as the Dakar in Saudi Arabia next January.

“I am so excited to have signed for the Rockstar Energy Husqvarna Factory Racing team.” Says Howes. “It is something I have worked hard my whole life for. I started riding when I was just three years old and have raced off-road my entire life.

I have only been racing rally for the past three years, and in order to be able to compete in the Dakar this year I had to sell everything I owned.” In fact Skyler made a pretty cool video all about how much he put into the ’21 Dakar.

Born in California, Howes grew up competing in desert races before turning to rally in 2018 and contesting the Dakar for the first time in 2019. Skyler admits he underestimated the iconic event, and despite showing great pace on the tough terrain he was forced to retire after dislocating his shoulder.

“I raced the Dakar for the first time in 2019, in Peru, and I have to be honest, it was a huge wake-up call.” Admits Skyler. “In 2020, I was able to sort a ride and, despite losing some time through the event, I was able to finish inside the top-10 and as top privateer.

“For this year [2021] it was a struggle financially to get to the start, but I knew I was capable of a really good result – I finished fifth, and as top privateer once again.

“Thankfully, my result got the attention of the factory teams and now it’s a dream come true to sign for Husqvarna Motorcycles – they have one of the best structures and set-ups in the paddock.” 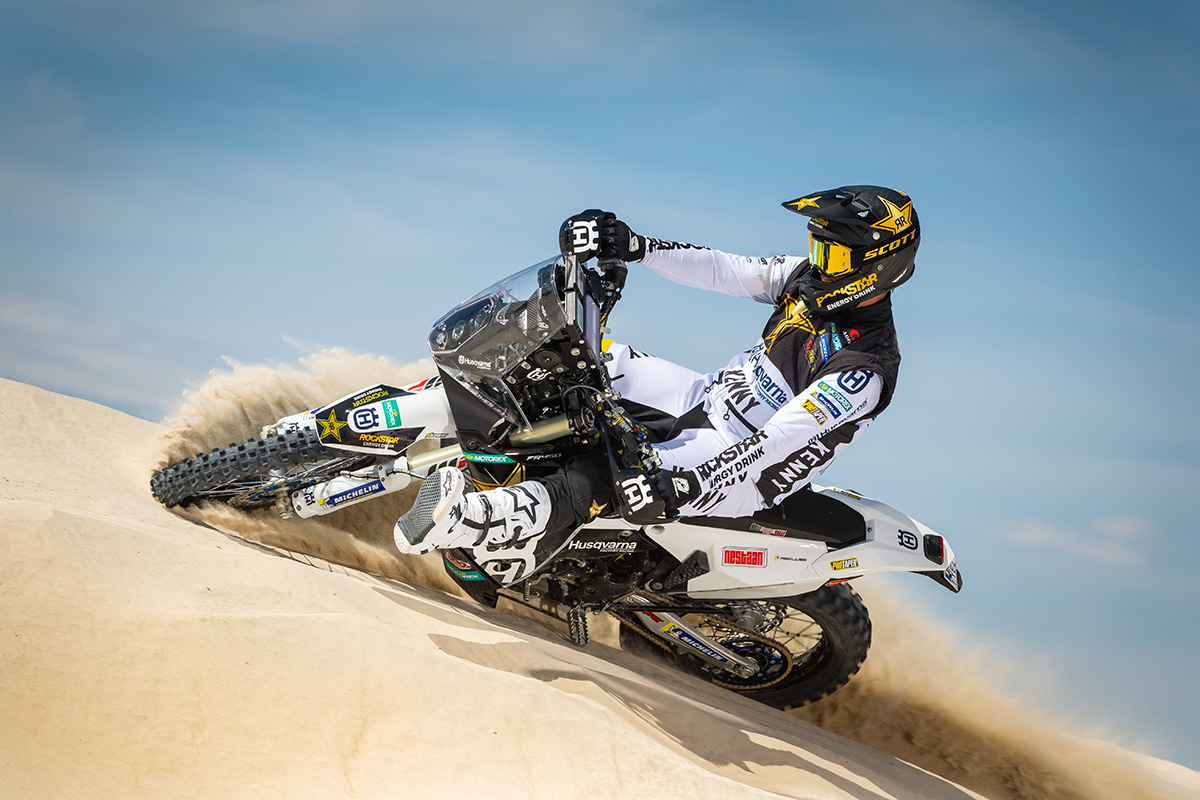 Howes will compete in the Sonora Rally in Mexico in early May before lining up at round one of the 2021 FIM Cross-Country Rallies World Championship – the Rally Kazakhstan – in June.

“One of the biggest things for me is the fact that I can now concentrate on my training 100 percent and hopefully take my riding and results to the next level.” Says Howes of the freedom from running his own racing. “The goal for this year is to take in the world championship rounds and get as much experience as possible before January next year where the aim is to go on to challenge for the Dakar podium.”

Pela Renet, the Rockstar Energy Husqvarna Factory Racing Rally Team Manager, says they are happy to welcome Skyler into the team. “He is a rider with so much potential and his level of riding is improving all of the time. We have been watching him closely for a while and at the 2021 Dakar he rode really well to finish fifth overall in only his third attempt.

“Skyler is a fast, smart rider and a really nice guy as well – we believe that we can take him to the next level. He has been in Dubai recently to test the bike with the team, and everything is looking really positive already.

“Where he lives is a great area to train for rally so he will be able to get up to speed on the FR 450 Rally machine quite quickly. He will then compete in some local rallies in preparation for the upcoming FIM Cross-Country Rallies World Championship.

“We are really confident in his ability and we can’t wait to see what he can do when the racing season begins in June.”