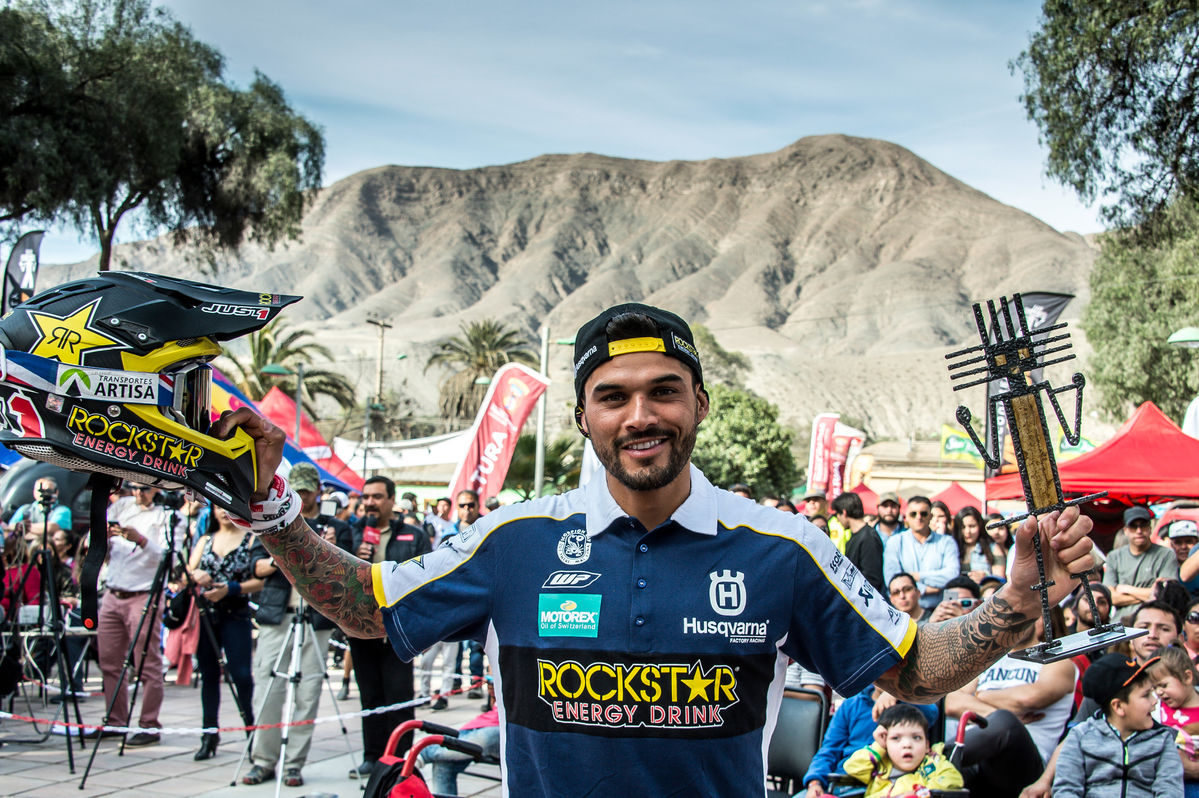 The Chilean rider has spent five season successfully racing both the FIM Cross-Country Rallies World Championship and the Dakar Rally. Husqvarna Motorcycles say they “wish him well in his future career” as Pablo moves on – no official word reaches Enduro21 at this time as to where Pablo is heading to although there have been rumours about a possible HRC move following Kevin Benavides’ switch to KTM’s Rally team earlier this year...

After signing with Husqvarna Motorcycles ahead of the 2016 Dakar Rally, Quintanilla claimed a stage win on his way to third overall before going on to claim the FIM Cross-Country Rallies World Championship that season.

After being forced to retire from the 2017 Dakar, Pablo defended his world title in 2017 during which he won the Atacama Rally on home soil – a race he has won no fewer than four times.

Runner-up in the world championship in 2018, Quintanilla went on to narrowly miss the podium at the 2019 Dakar by just seven minutes following over 42 hours of racing through the deserts of South America.

With the remainder of his 2019 season plagued with injury, the 34-year-old came back fighting at the 2020 Dakar, claiming a runner-up finish – both his and Husqvarna Motorcycles’ best result at the tough event.

Husqvarna Motorcycles and the Rockstar Energy Husqvarna Factory Racing team say they thank Pablo for all his hard work and contribution to the team and wish him the best of luck in his future endeavours. “It’s never easy to part company with a rider that has been such an important part of our team for so many years, but in motorsport this happens.” Says Rally Team Manager Pela Renet. “Pablo is a great rider and has contributed so much to Rockstar Energy Husqvarna Factory Racing.

“Before working with Pablo as Team Manager we were teammates, so to have raced alongside him and then worked and supported him, it’s been very special. Personally, and on behalf of the team and everyone involved, I want to thank Pablo for his hard work and commitment and wish him all the best for the future.”

These things tend to politely arrive on the eve of an announcement from a rider who is heading towards a new team. Could it be an altogether more red-coloured team for Quintanilla after Kevin Benavides signed to the Red Bull KTM Rally Team earlier in 2021? Enduro21 will bring that news, plus who will replace him at Husqvarna, when we get it.