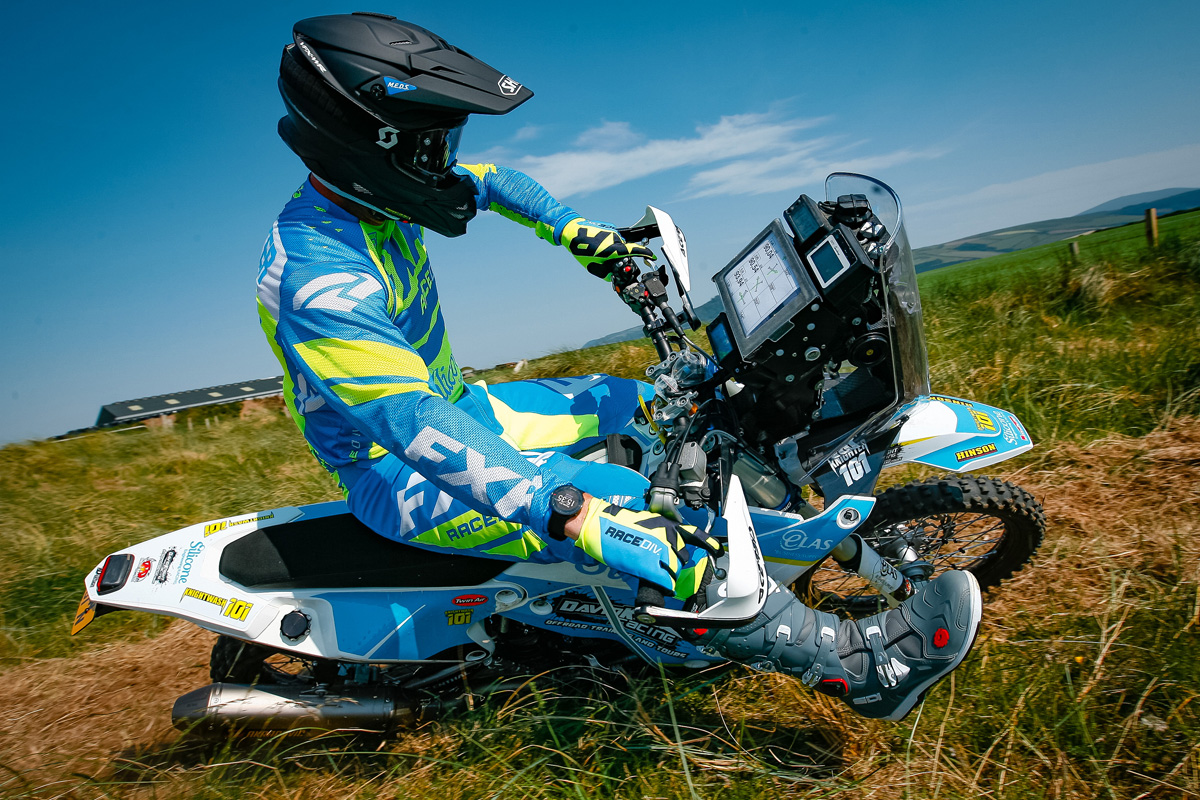 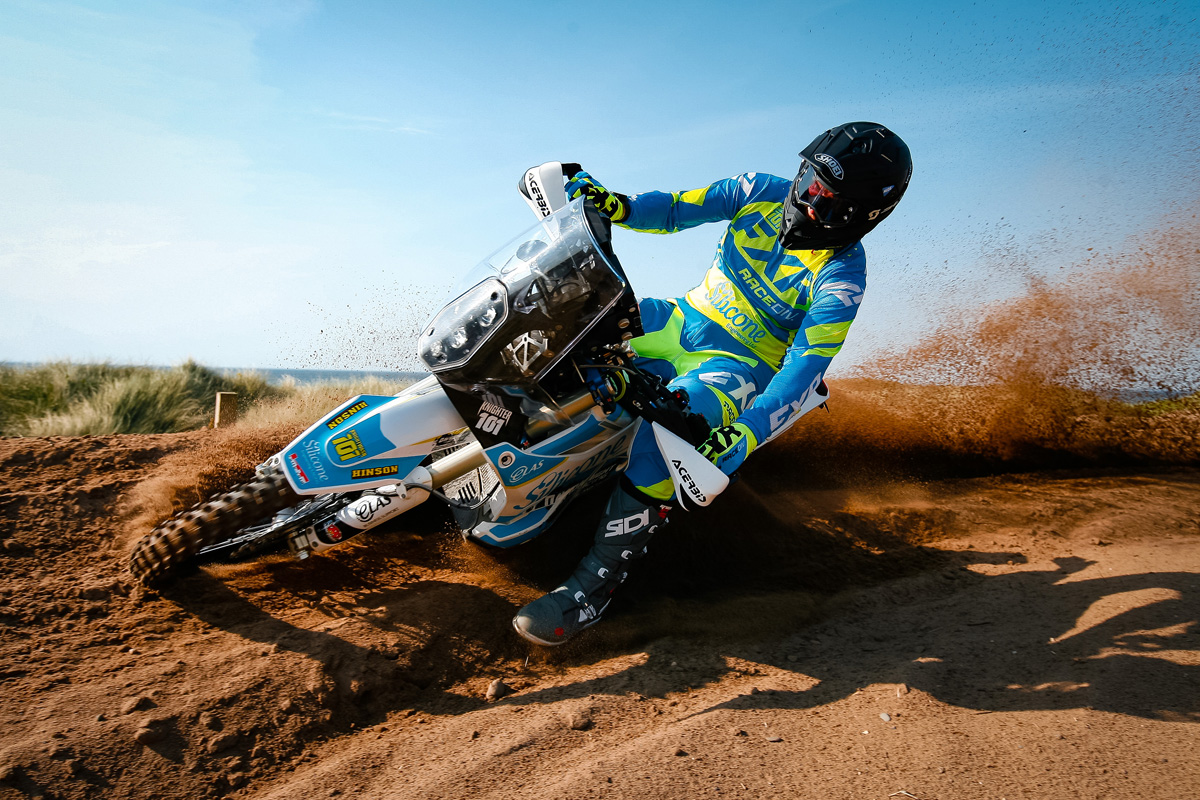 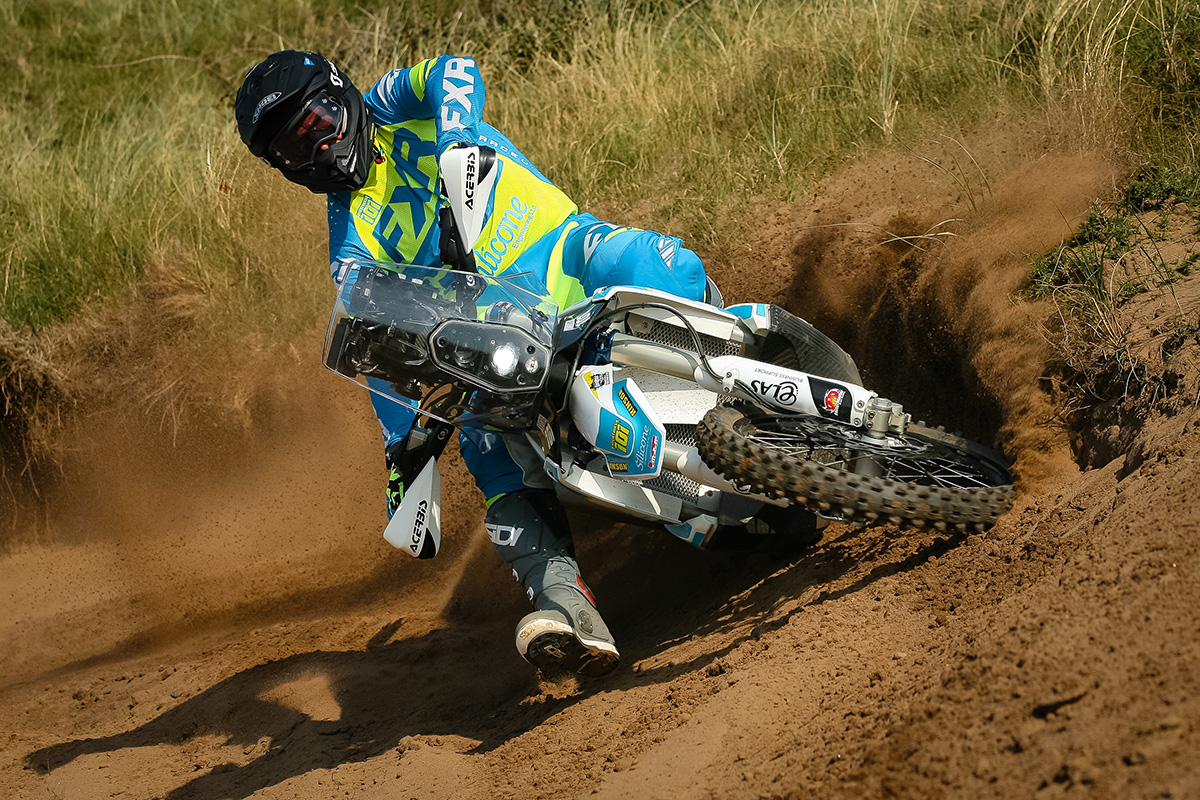 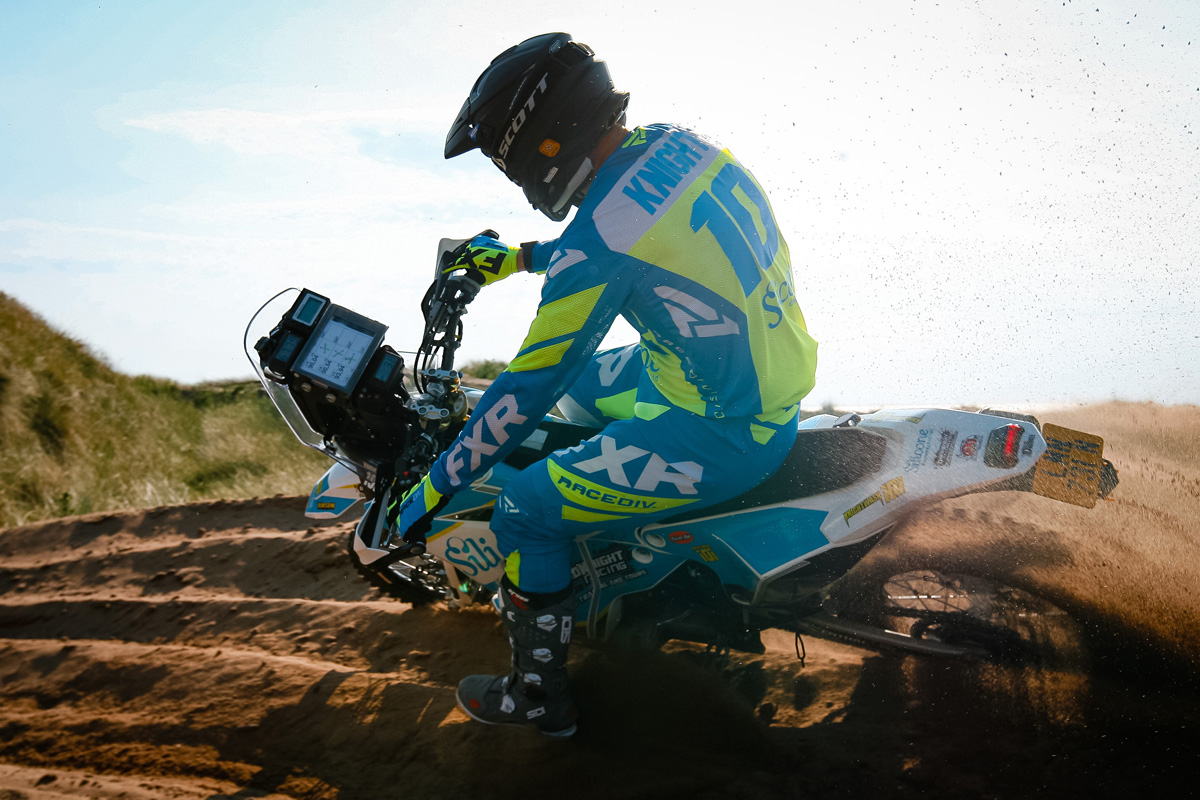 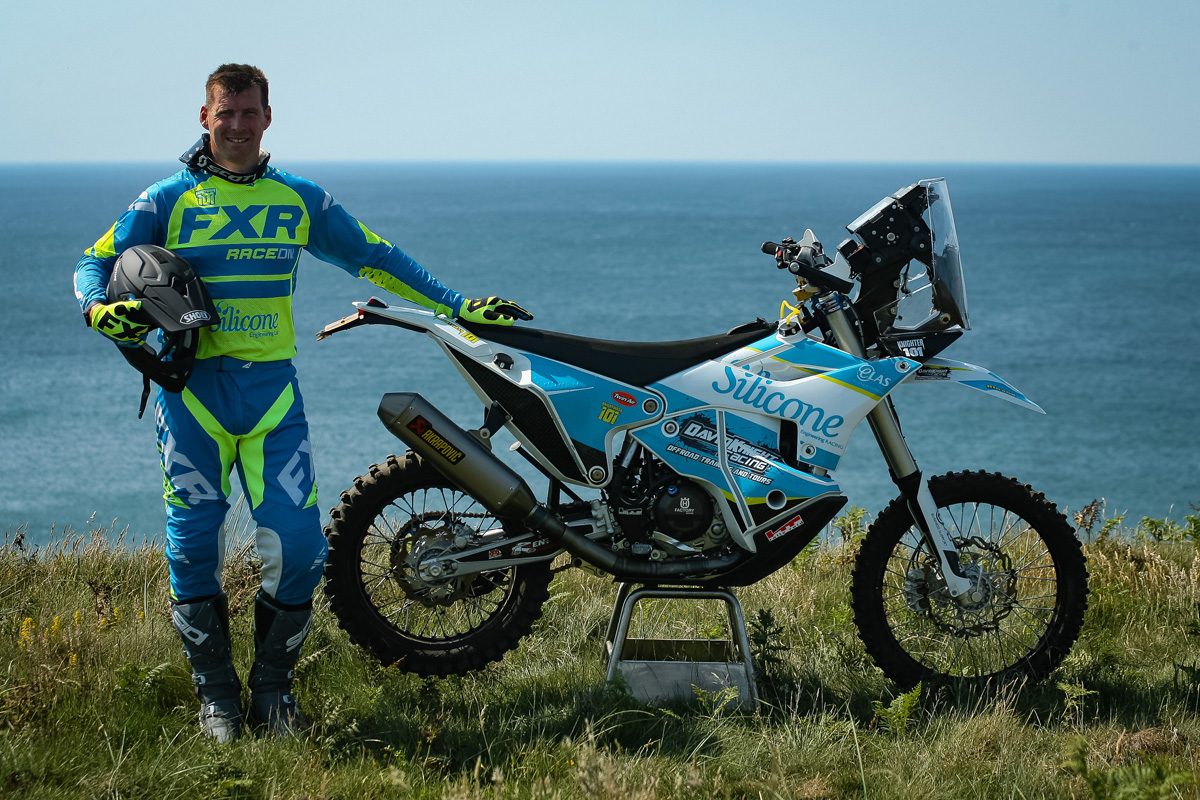 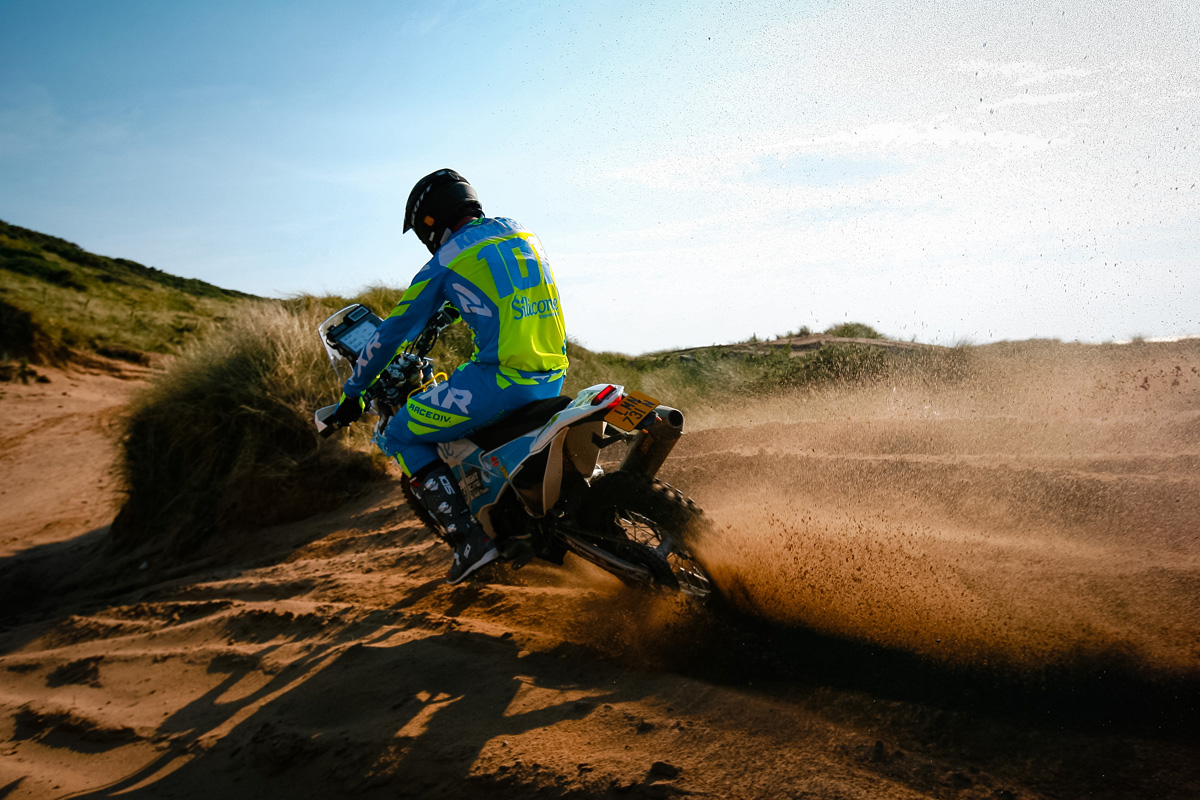 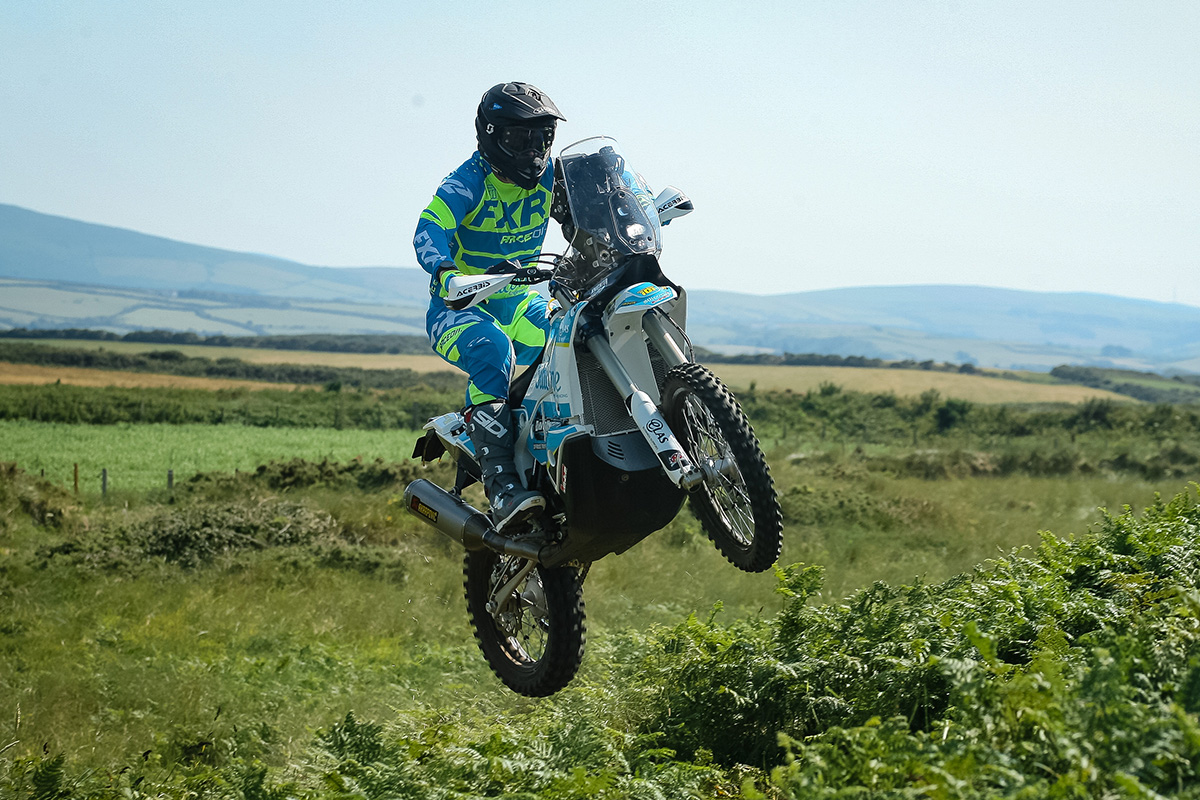 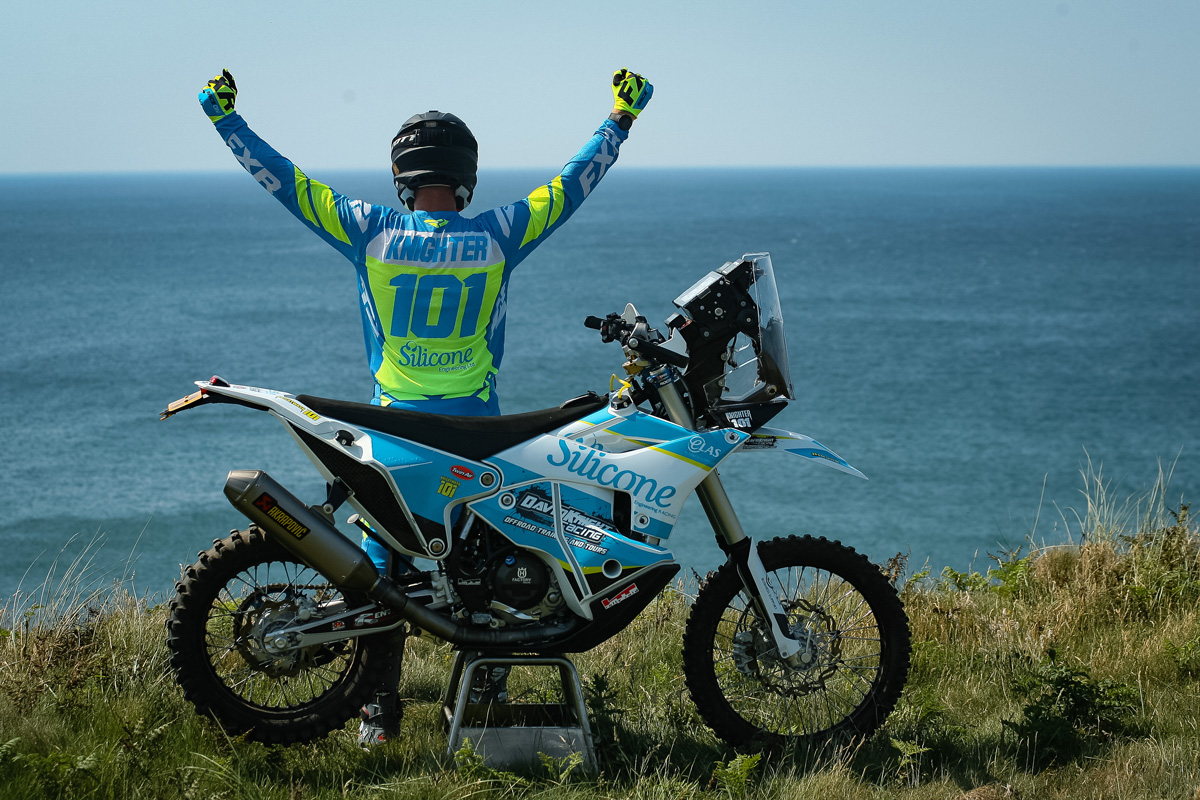 First action image gallery of David Knight training on the Isle of Man onboard his brand-new Husqvarna 450 Rally bike.

“Literally it is something I’ve always wanted to do but it has never quite worked out for one reason or another and now is the right time.” Said three-times Enduro World Champion, David Knight when we spoke to him earlier in 2020 about his step into rally.

At the time of writing, Knighter was heading to the Abu Dhabi Desert Challenge, round one of the 2020 FIM Cross-Country Rallies World Championship, which was subsequently cancelled along with so much racing this year. A lot has changed since then, not least the Cross-Country Rallies championship has been reduced to just two rounds. 2020 Kazakhstan Rally: World Championship Rnd 1 cancelled

This week saw David get his finished bike across to the Isle of Man at last and these exclusive images show the man and machine (from HT Husqvarna Rally Team) clocking up the hours in preparation for Dakar Rally 2021.