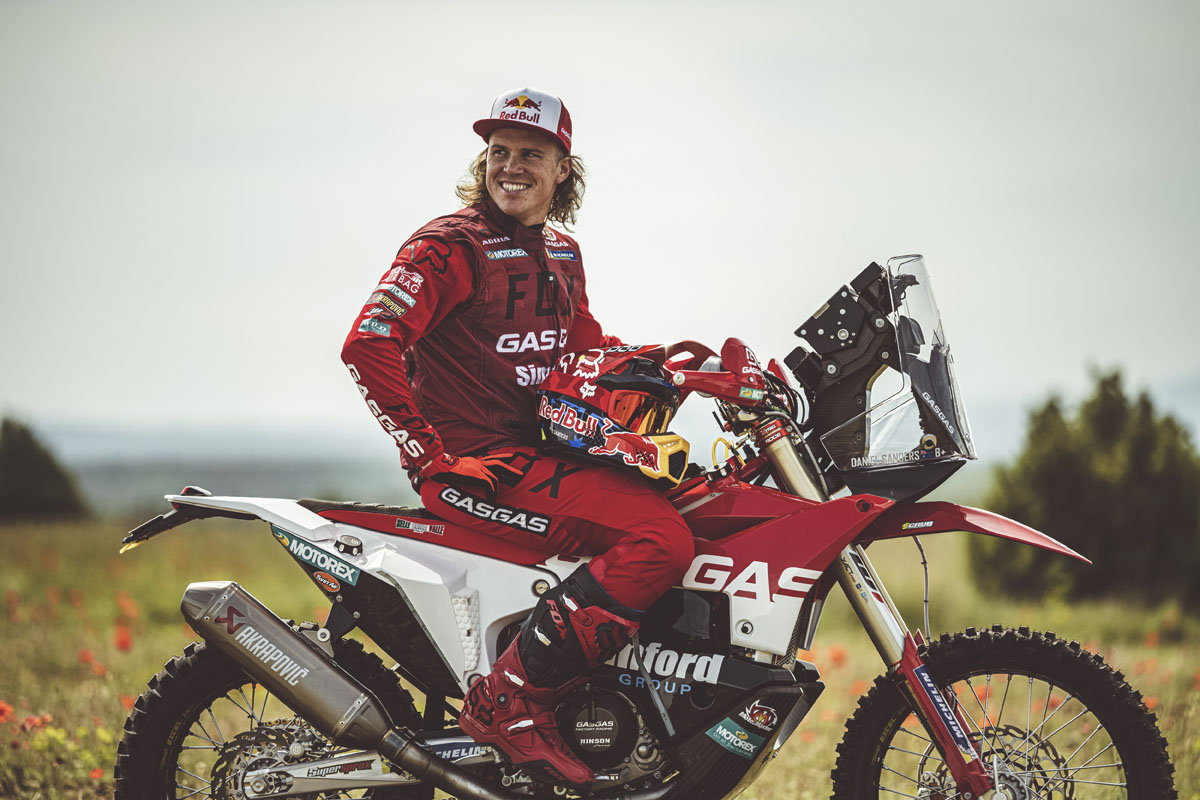 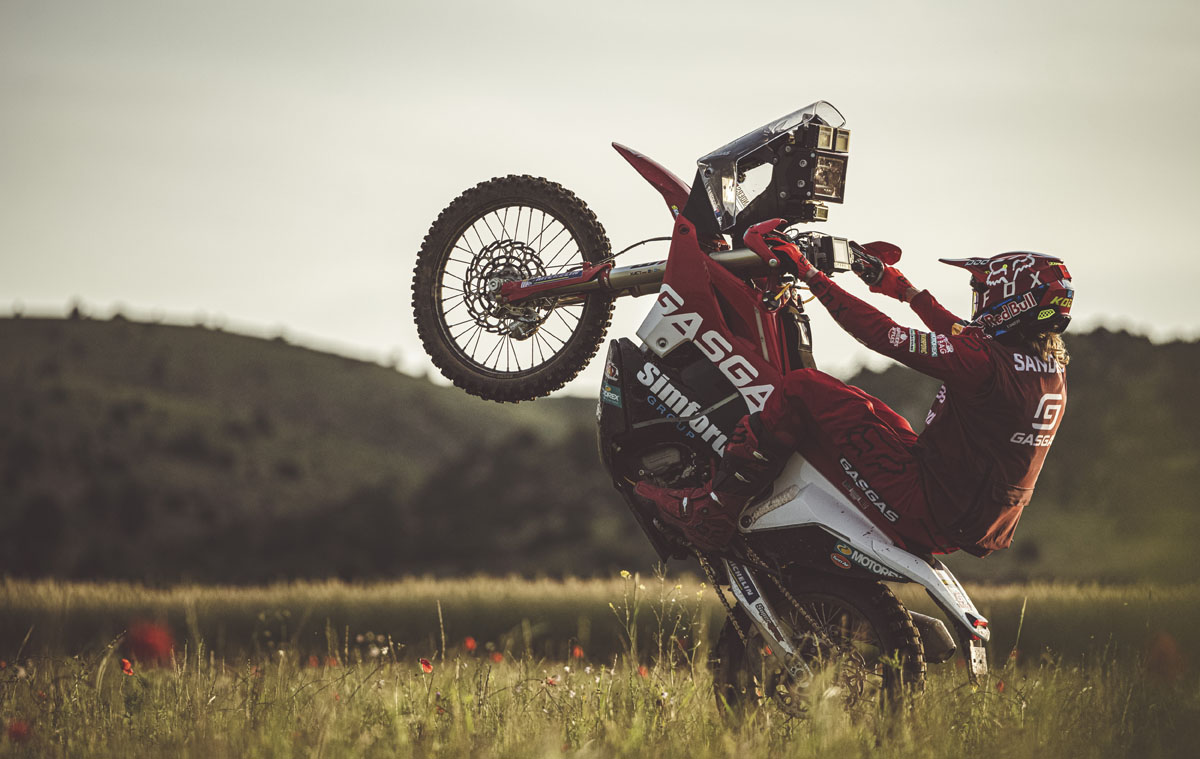 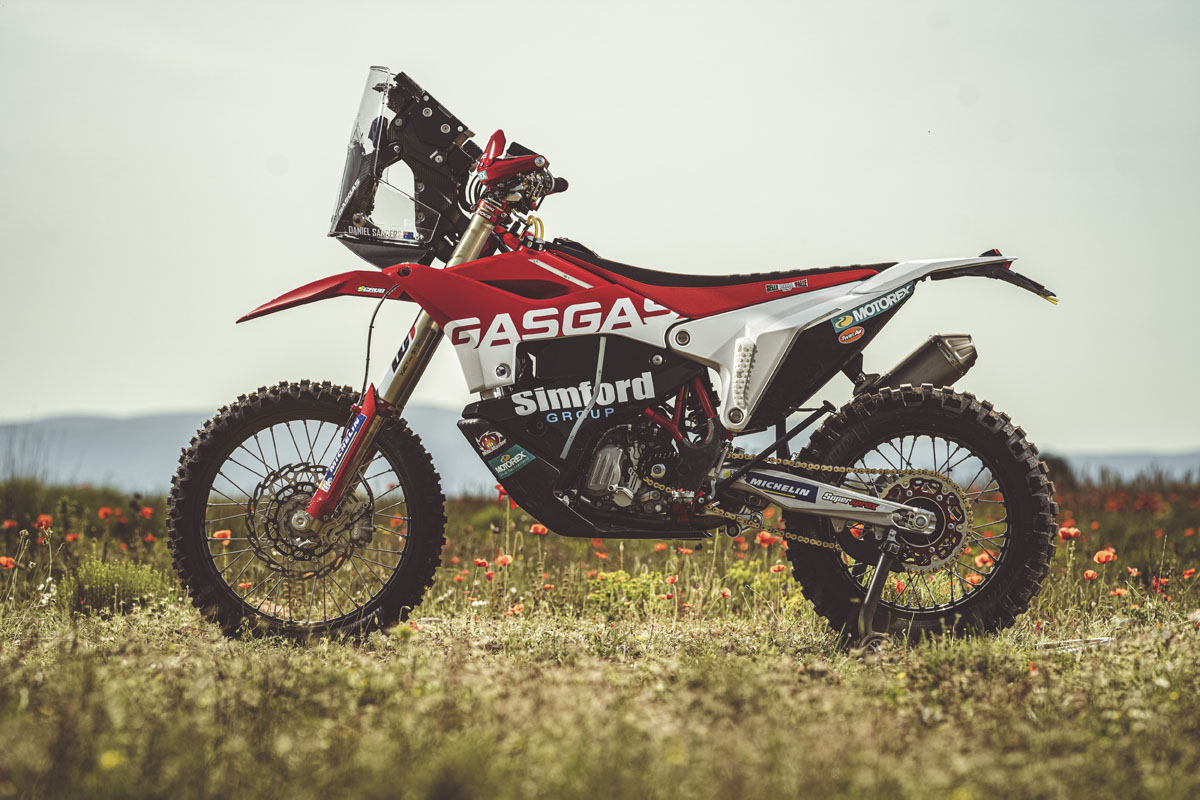 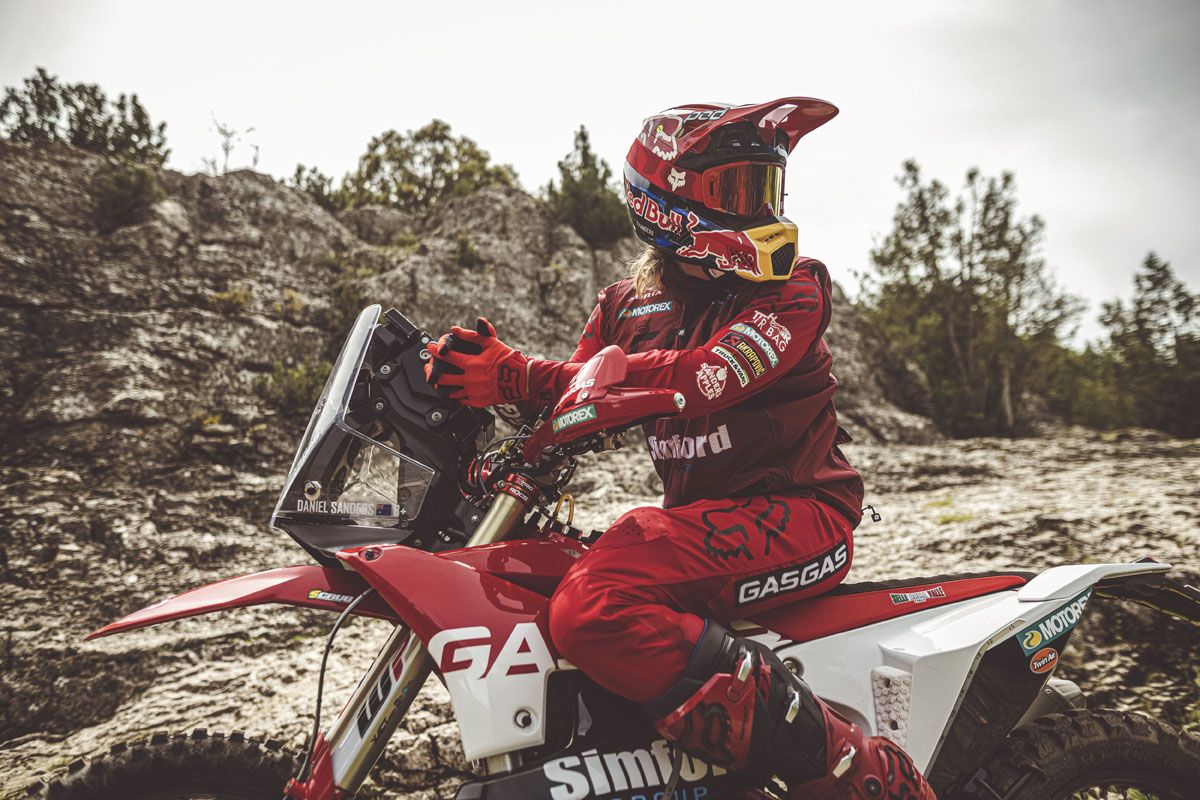 The GASGAS Factory Racing Rally Team have signed Australian Daniel Sanders, who will make his debut aboard the RC 450F at the upcoming FIM Cross-Country Rallies World Championship opener, the Rally Kazakhstan.

Sanders, who finished fourth overall at the 2021 Dakar Rally earlier this year for KTM replaces Laia Sanz at GASGAS, who recently stepped down from motorcycle rally competition.

Adding even more talent to our global racing efforts, we’re super-excited to announce that Daniel Sanders has joined GASGAS Factory Racing to chase rally glory in 2021, starting with the upcoming Rally Kazakhstan. Undoubtedly one of the hottest prospects in rally racing, Sanders will compete in the FIM Cross-Country Rallies World Championship before taking on the big one, the Dakar Rally next January.

Following two very successful Dakars, which thanks to the efforts of Laia Sanz really helped put GASGAS back onto the global motorsports map, the reins have now been handed over to our new desert charger, Daniel Sanders. More than capable of putting himself and our RC 450F rally bike at the top of the timing sheets, the young Aussie is hugely excited to be racing for GASGAS Factory Racing in 2021.

As a former ISDE winner, Sanders clearly has the skills needed to compete at the highest level on two wheels, something he made perfectly clear at the 2021 Dakar. Rocketing to a seriously impressive fourth overall and finishing as best rookie, make no mistake, Daniel has arrived on the rally scene, and we can’t wait to see what he can do in 2021 and beyond.

With Sanders recently completing his final preparations ahead of the 2021 FIM Cross-Country Rallies World Championship, the 26-year-old is now just days away from making his GASGAS debut, at Rally Kazakhstan. Following the six-round series, which concludes in November, it’s then onto the big one – the Dakar Rally – in January 2022.

Daniel Sanders – GASGAS Factory Racing: “Being the face of GASGAS in rally is really cool. I’ve not been in rally that long so to be picked up and put on a factory team this early in my career is awesome. I’m so looking forward to racing this year as part of this team. It’s been such a long time since the Dakar and with the world championship coming up really soon, I just can’t wait to be competing again. I’m excited for the future, the opportunity that I have, and it’s going to be a great year of racing. Let’s go!”

Pit Beirer - GASGAS Motorsport Director: “It’s a huge moment for GASGAS to welcome Daniel to the team. I believe we’ve signed the best young talent in rally at the moment, and it really shows a clear statement that the brand is ready to challenge the established stars and grow its presence even further in rally. It’s really exciting for GASGAS to have a rider that’s so full of energy and after such a bright start to his rally career, the upcoming season is shaping up to be really good for him and for GASGAS Motorcycles.”

Jordi Viladoms – GASGAS Rally Team Manager: “It’s great to have such a talented, young rider racing for GASGAS this season. Daniel is very new to rally and very inexperienced compared to his rivals, but he has picked it up really quickly. He is a very quick learner as we saw at the Dakar earlier this year. Placing fourth in your first Dakar does not come from luck, it comes from hard work, preparation, and ability to overcome all the challenges that only the Dakar can provide. Daniel is fast, motivated and very capable so we expect to see him battling for success in this year’s FIM Cross-Country Rallies World Championship and then it’s onto the Dakar next year.”