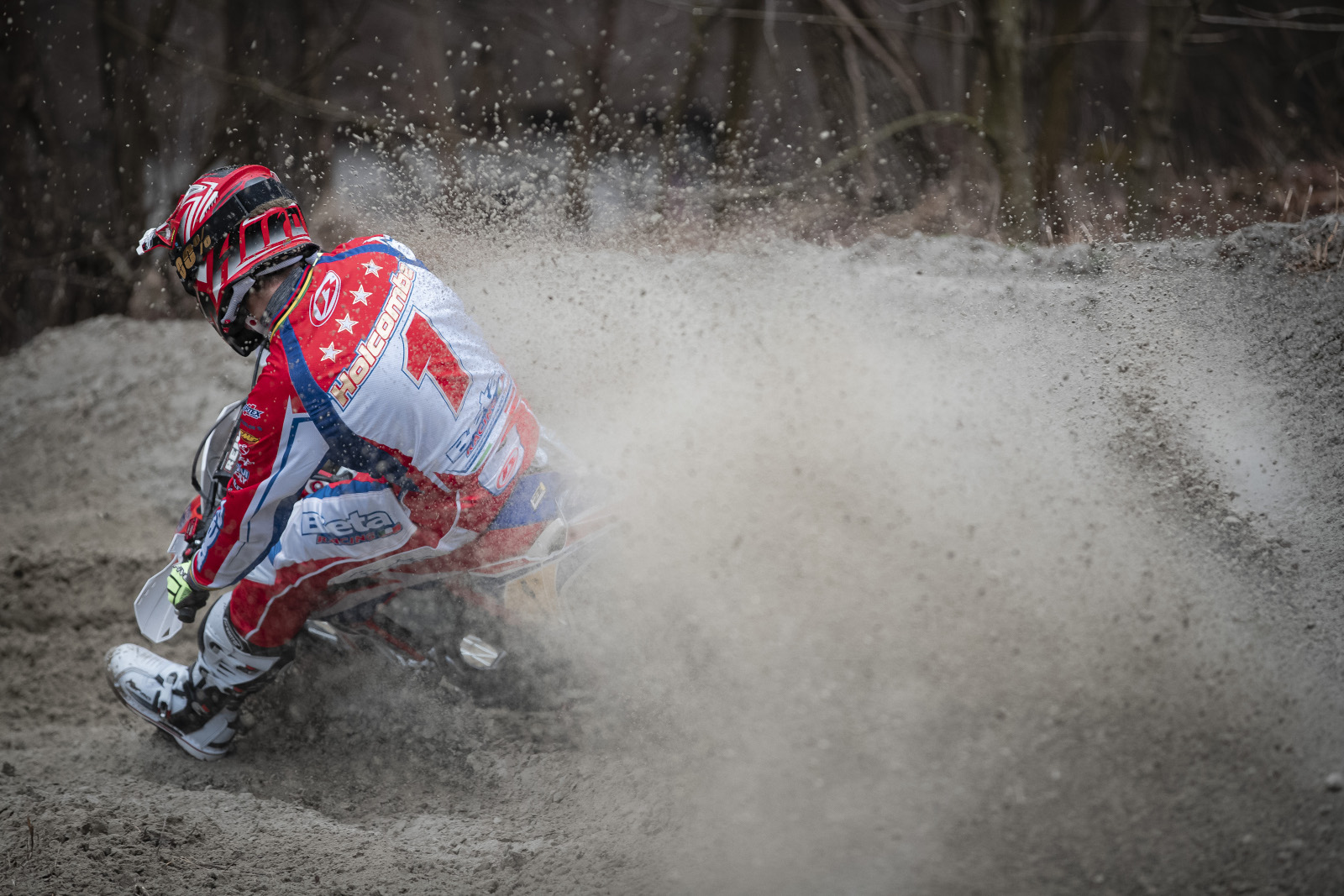 Now in its 37th year and held annually in Weston Super-Mare, England, Weston Beach Race is one of the largest and most prestigious beach races in the world with up to 1,000 riders competing each year.

Holcombe last contested the event in 2012 and 2013 with a best result of 12th overall. Now, returning as a four- time FIM Enduro World Champion, the Devon-based rider has his sights set on a winning result at this local event.

Moving from his regular Beta Racing RR 2T 300 to the powerful Beta RR 4T 430, Steve feels the four-stroke will give him a sizeable advantage during the three-hour race in the energy-sapping sand.

“I’m excited to make a return to the Weston Beach Race.” Explains Holcombe. “It’s the largest race of its kind in Great Britain and with it being just an hour from my doorstep, it’s pretty much a home race for me.

“I’ve only ever done it twice before in 2012 and 2013, with my best result of 12th. That all happened before I became a professional rider, so now with a lot more experience and some Enduro World Championship titles under my belt I’m keen to see how things go this time around. I want to be up there and fight for the victory - winning Weston Beach Race is a real honour and something I’d definitely like to achieve. I’m preparing well for it and will race the Beta RR 430 four-stroke that we’ve built specially for the race. Along with the competitive aspect, it’s hard to beat the whole festival vibe of the race. It’s going to be a lot of fun, I can’t wait!”