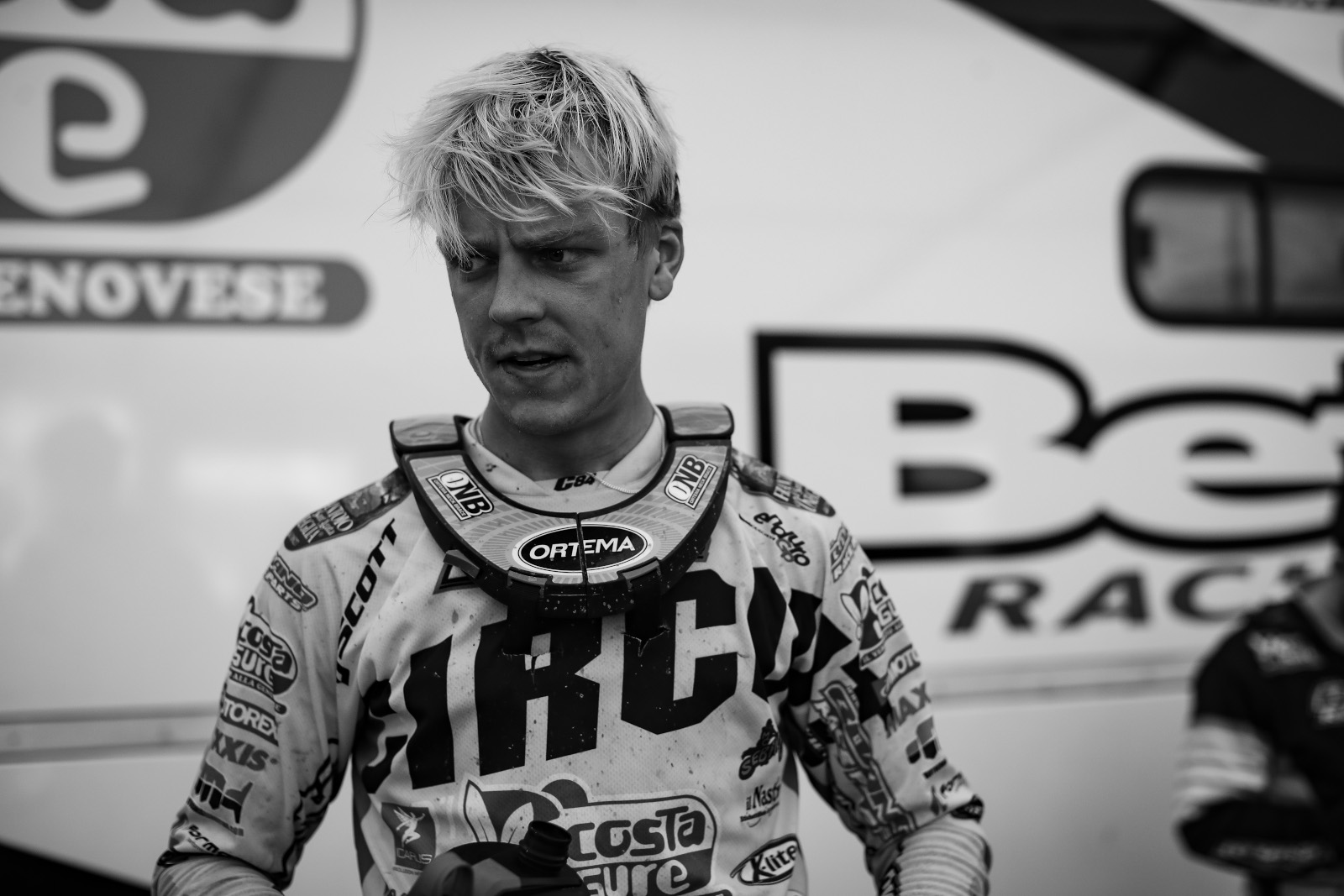 Six World titles yet to be decided at the final Grand Prix of 2019 in Ambert, France this weekend including the overall EnduroGP showdown between Brad Freeman and Steve Holcombe.

With EnduroGP, E2, E3, Youth, J2 and Women’s world titles all set to be decided, the final Enduro World Championship weekend of the year is one hot prospect this weekend.

Topping the bill is the grand prize, the EnduroGP World championship which will see Brad Freeman in the driving seat ahead of rival Steve Holcombe after a dominant performance at the penultimate race in Czech Republic.

Freeman had plenty to lose in the Czech Republic but topped timing sheets all weekend to give himself a healthy cushion of 10 points over defending champion, Holcombe.

The young Beta Boano rider already sealed the 2019 E1 World Championship at the last round so has one monkey off his back but the big prize is his for the taking this weekend in Ambert. Anything can happen in motorsport of course and Brad will have to keep up his blistering pace while avoiding physical or mechanical troubles. 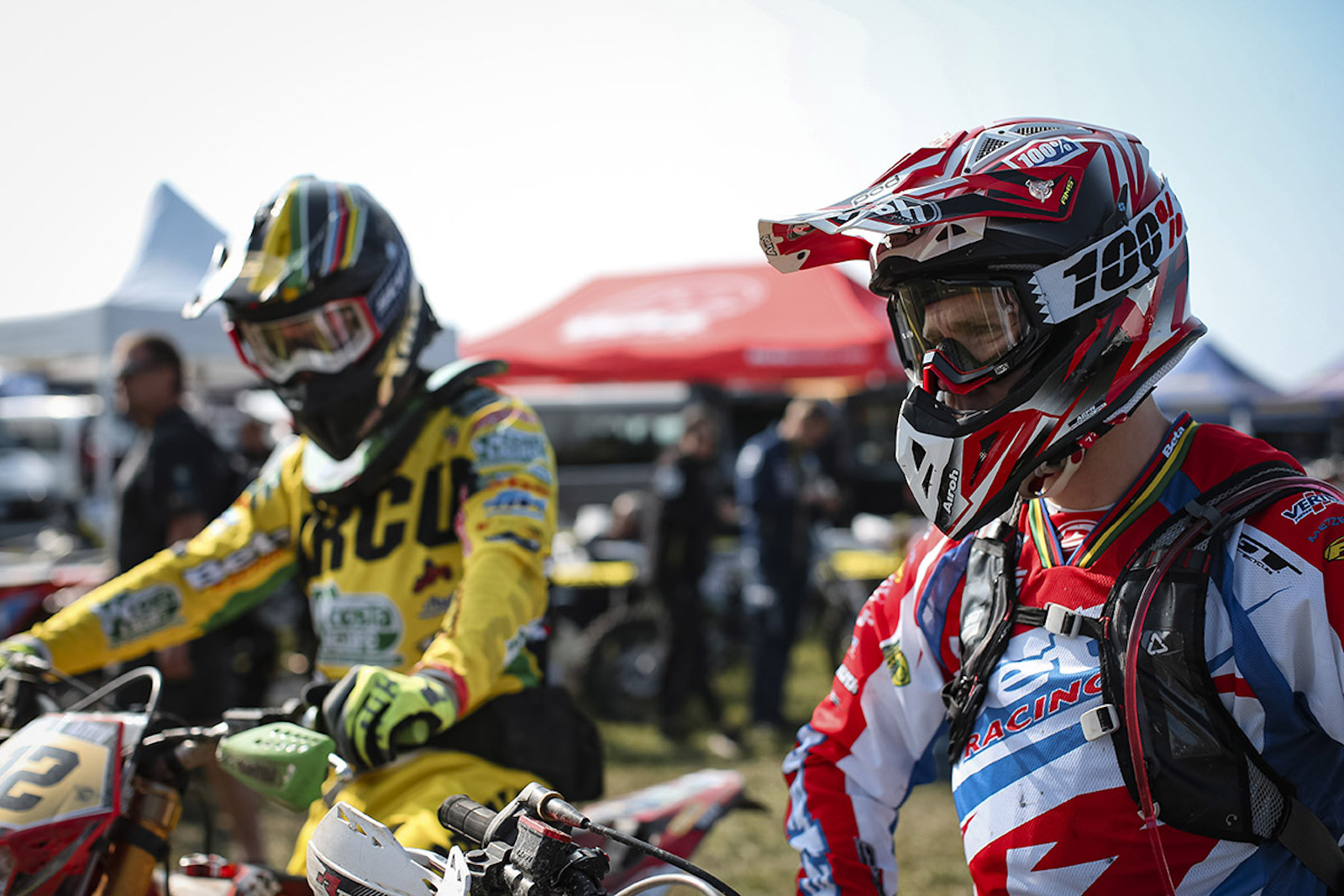 For his part, Holcombe is still not 100% ‘bike fit’, having not ridden during the summer break due to his illness. The Beta Factory rider says the E3 title is his target this weekend and the overall is Freeman’s to lose: “I’ve got 10 points to find in EnduroGP to draw level, but we saw last year how things can turn at the final round, so I’ve certainly not given up hope there.” Says Holcombe.

“After what’s been a tough season both physically and mentally, if I can end it as the 2019 Enduro 3 World Champion it will be awesome. Realistically, the EnduroGP title is Brad’s to lose. I’ll give it my all, and let’s see how things end up.”

While the tension will be less in the E3 class, nothing is decided yet for Holcombe who holds an 18-point lead ahead of Danny McCanney and could take that title on Saturday. 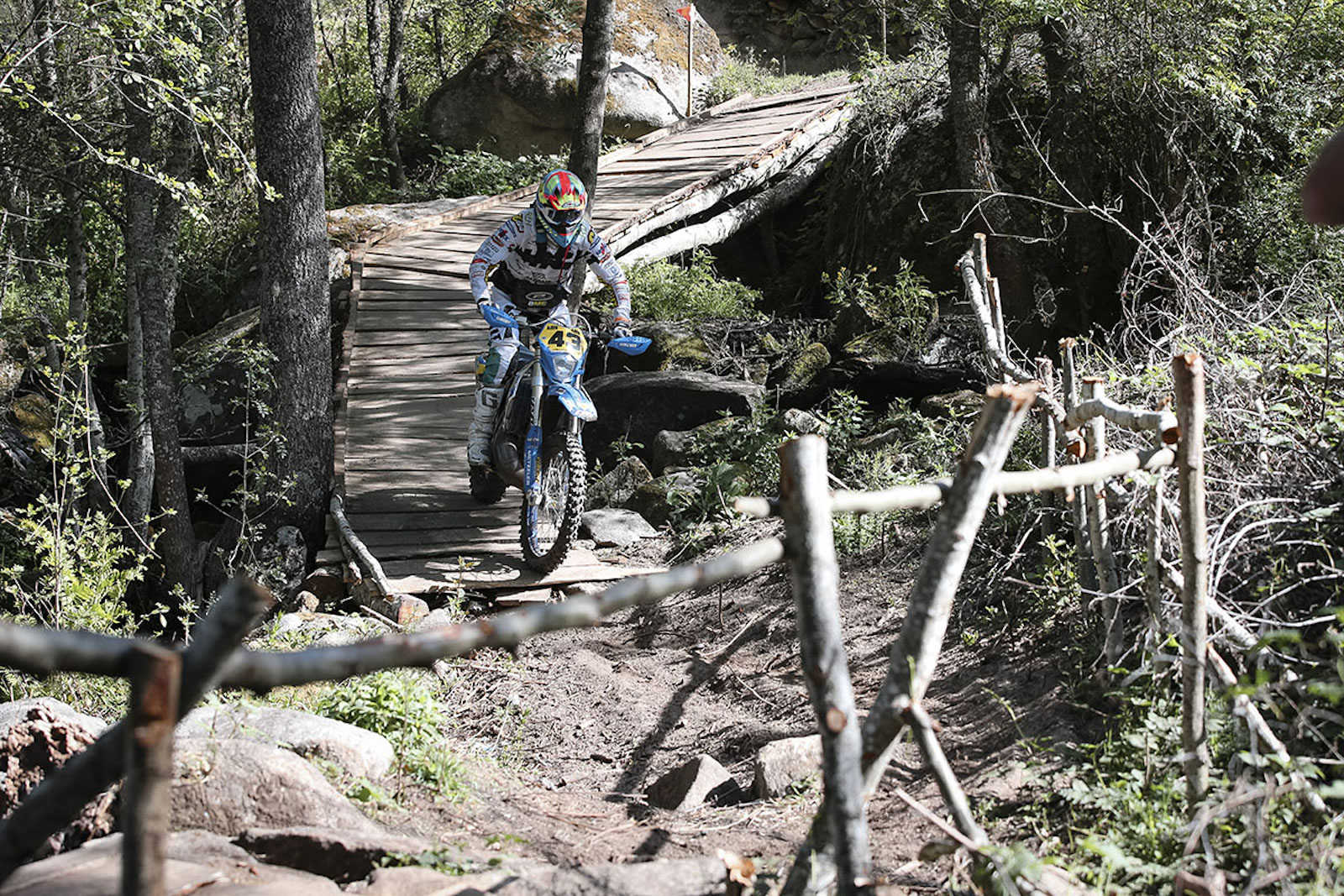 Adding spice to the mix this weekend will be a host of riders capable of taking the overall win and also keen to see out the season on a high. Those include McCanney who has already secured his top three place overall but will want to repeat his Italian GP winning performance. 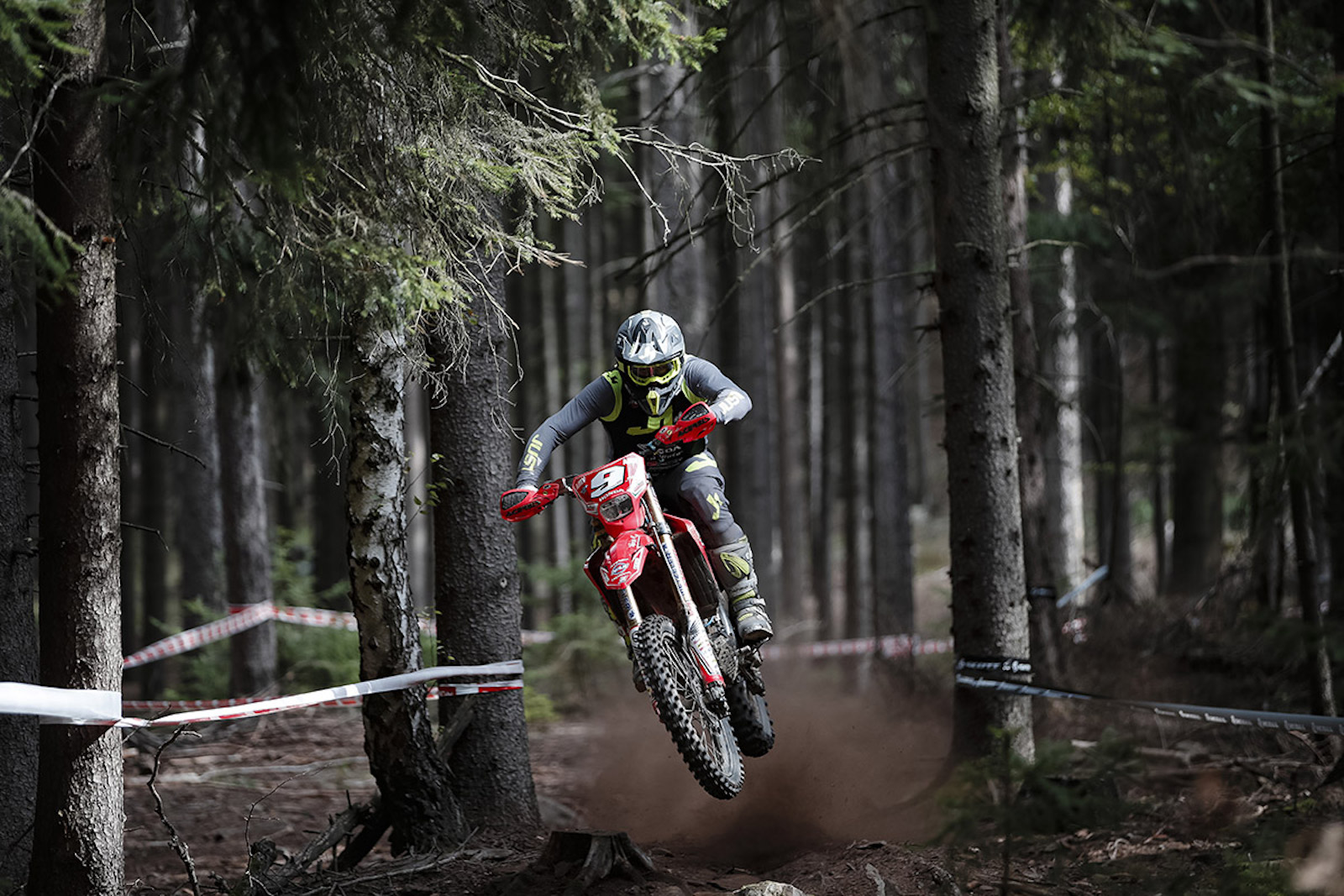 Very much in the mix will be two hugely experienced racers gunning hard for E2 World Championship victory: Loïc Larrieu and Alex Salvini. Both are overdue an overall win this season and the battle with each other this weekend all adds spice to the Freeman/Holcombe title fight. 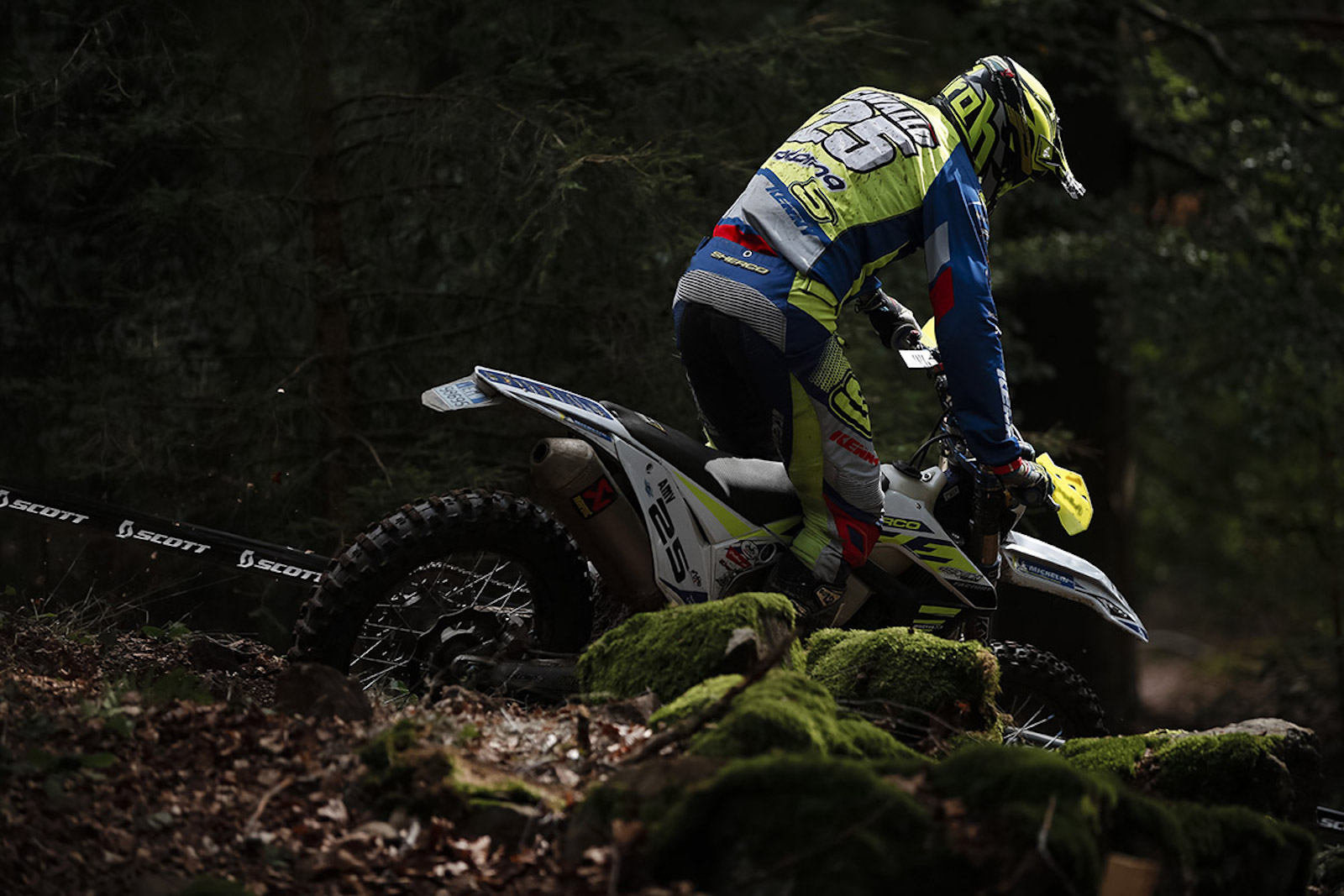 The E1 runners-up battle between Thomas Oldratti and Matteo Cavallo could easily play a role as the pair are separated by just five points.

RedMoto Honda’s Oldratti has been fast all season and will be keen to end the year as top Italian in class. But Cavallo has been threatening a GP day win in his rookie season in the big classes and home soil for the Sherco Racing team could be the incentive needed. 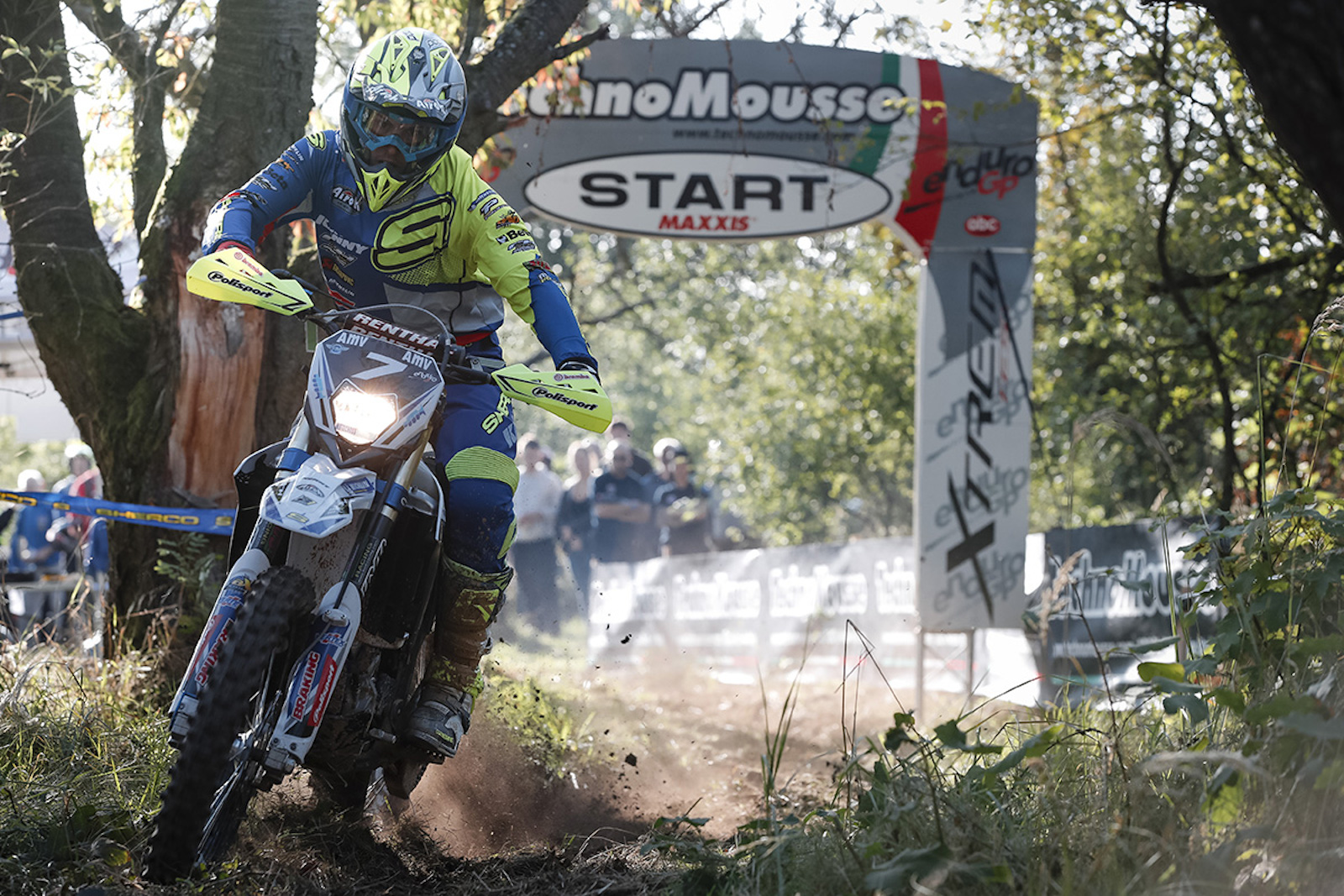 Overall Junior champion, Andrea Verona is already crowned so the battle is very much for the podium is this fearsome class. Theo Espinasse and Enric Francisco have just five points separating them.

In J1, where Verona has also already claimed the title, the battle for the day victories will likely be between Espinasse, Antoine Magain and an in-form Roni Kytönen. In J2, after the injury suffered by Jack Edmondson in Czecho, Francisco needs just a handful of points to be crowned champion on Saturday. 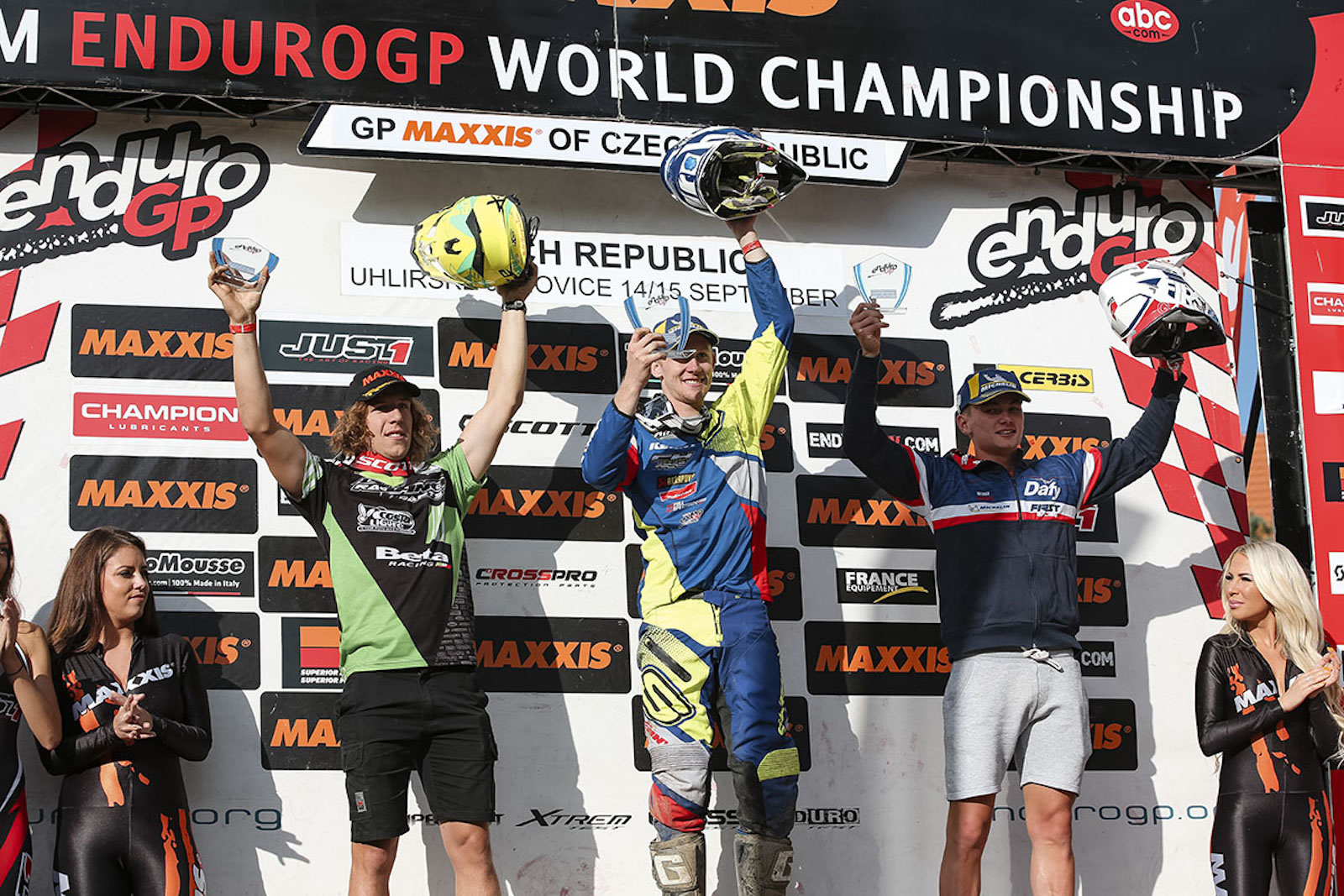 In Youth 125cc class, Hamish MacDonald has been making his 2T Sherco sing loud all season and needs just nine more points to win the title. Even when he broke a collarbone mid-season it seemingly didn’t dent his confidence nor chances of going down in history as the first New Zealander to be Enduro World Champion. No doubt Matteo Pavoni and Claudio Spanu will still fight hard to topple the Kiwi this weekend.

Women’s World Cup for one round only 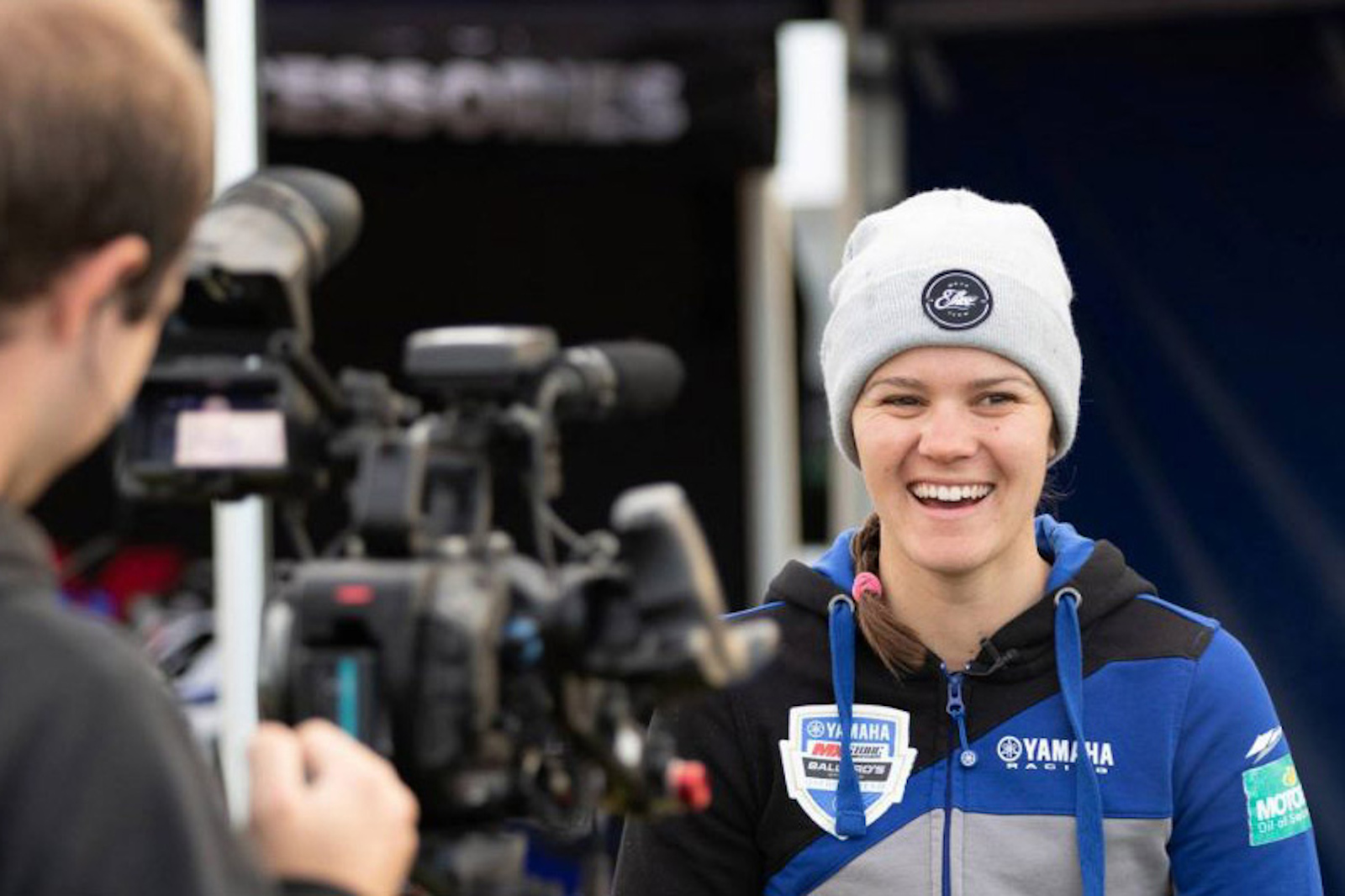 Finally, the Acerbis Grand Prix of France will also host the only round of the Women’s Cup this season, where there will be no fewer than 21 riders from all over the world ready to fight for the crown.

Finland’s Sanna Karkkainen is set to fight for her title but many riders are ready to take the crown including Jane Daniels who suffered terrible luck in last year’s finale with a crash. The British rider has been runner-up in the World World Championship in the past and has had a strong season racing on home soil.

The French GP will see some high-class overseas imports competing for wormen’s honours including multiple Aussie champion, Jessica Gardiner. Juliette Berrez and Audrey Rossat will hold French honours while Spaniard Mireia Badia enters the title fight. Maribel Giordani arrives from Argentina across the Atlantic as does USA’s Tarah Geiger who brings a wealth of experience to the table.

Organiser of the famous Rand'Auvergne for more than 29 years, Moto Club Livradois hosts the grand finale of the Maxxis FIM EnduroGP World Championship - three years after the last season-closer was held in Cahors, France.

The route consists 85km which EnduroGP riders will tackle three times per day. The paddock, the start line, and the Parc Fermé are located at the former Ambert train station. From there, the riders will go to the Technomousse Xtreme Test, located at the MX track in the city, before heading to the Champion Enduro Test. Riders finish the lap at the Maxxis Cross Test, close to Ambert.

Friday's Akrapovic Super Test will be in the same location as the Xtreme Test and will start at 19.00hrs.

Stay tuned to Enduro21 for all the results and reaction.