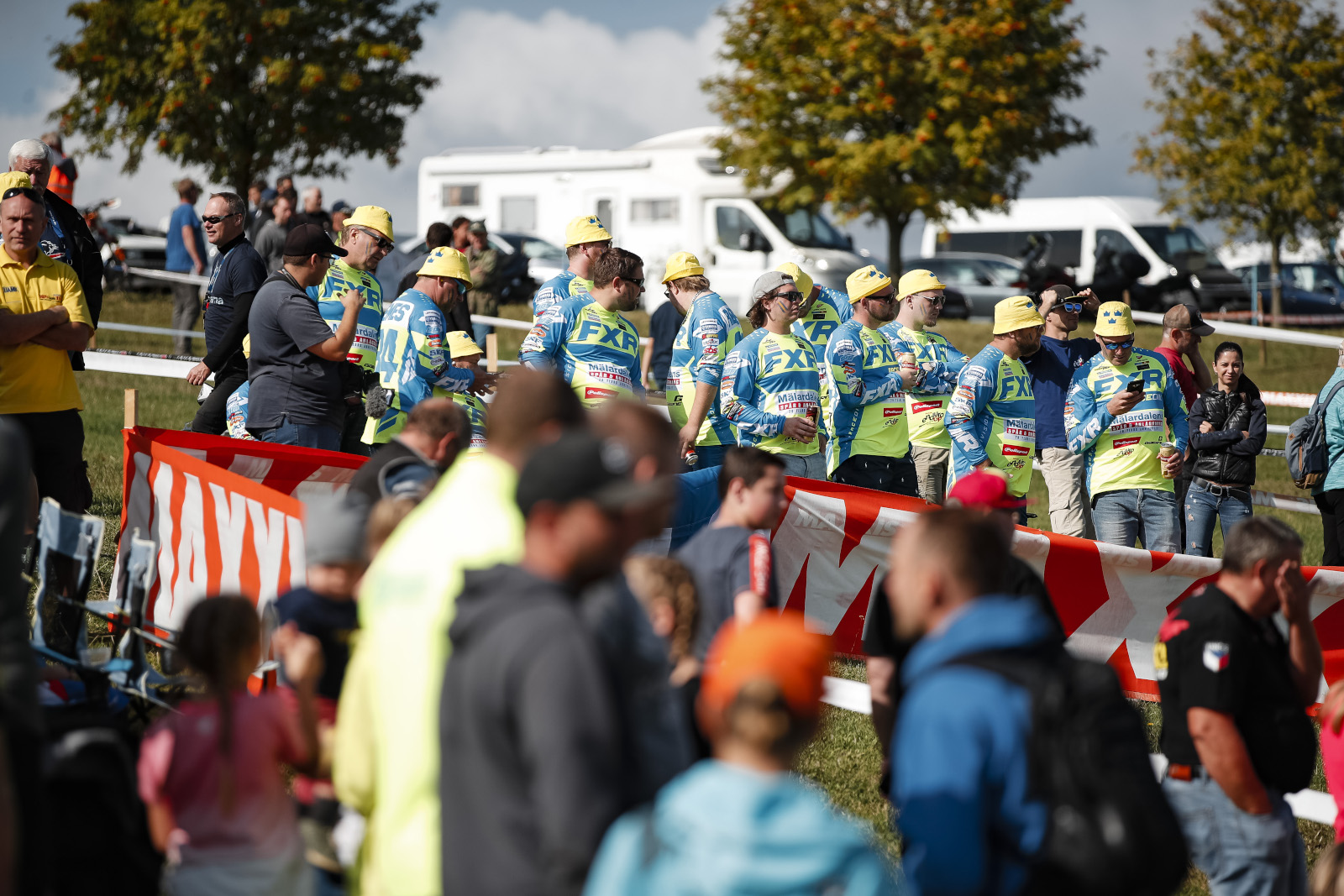 The best pictures and the stories behind the results at the penultimate EnduroGP of the 2019 Enduro World Championship season in the Czech Republic.

After the long summer break, the 2019 Enduro World Championship got back into its stride with the Czech GP delivering hot action and results up and down the different championship tables.

We’ve picked the best of the action images and pulled out the talking points to reflect on an awesome weekend’s racing which sets things up nicely for the final GP in Ambert, France in two weeks time (September 27-29)…

One world title ticked off for Freeman 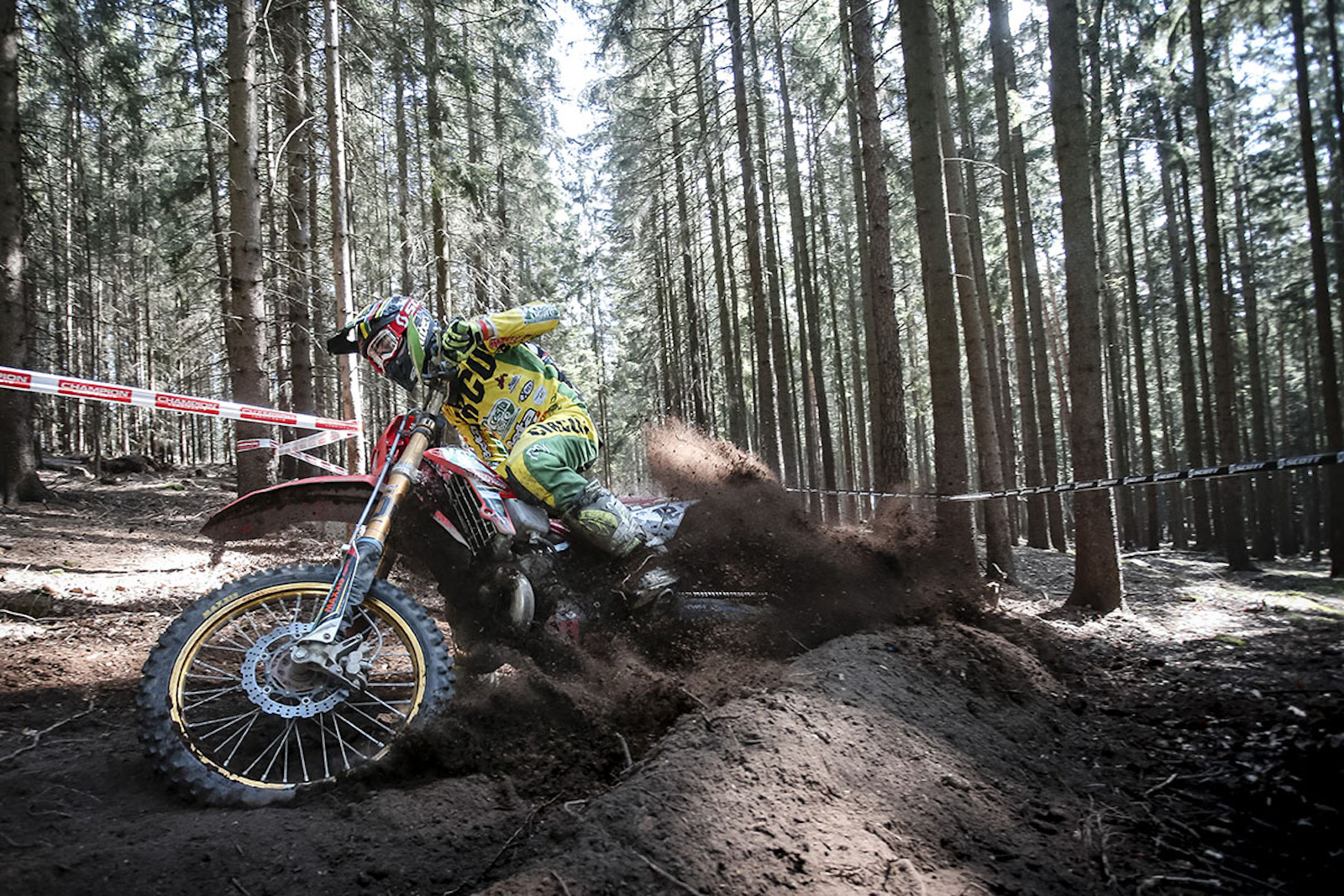 The rider of the meeting at the Czech GP was surely Bradley Freeman. The Beta Boano Racing rider had a lot of pressure on his shoulders but topped the Friday night Supertest (though remarkably shared the win with same time as Matteo Cavallo), and then set about winning both days on a demanding course by some margin. Some said he might buckle under the pressure but the opposite was true in the Czech woods.

The net result was significant: Brad bagged the 2019 E1 World Championship a round early and extended his overall EnduroGP points tally (10 points) heading to the final round in France in two weeks. 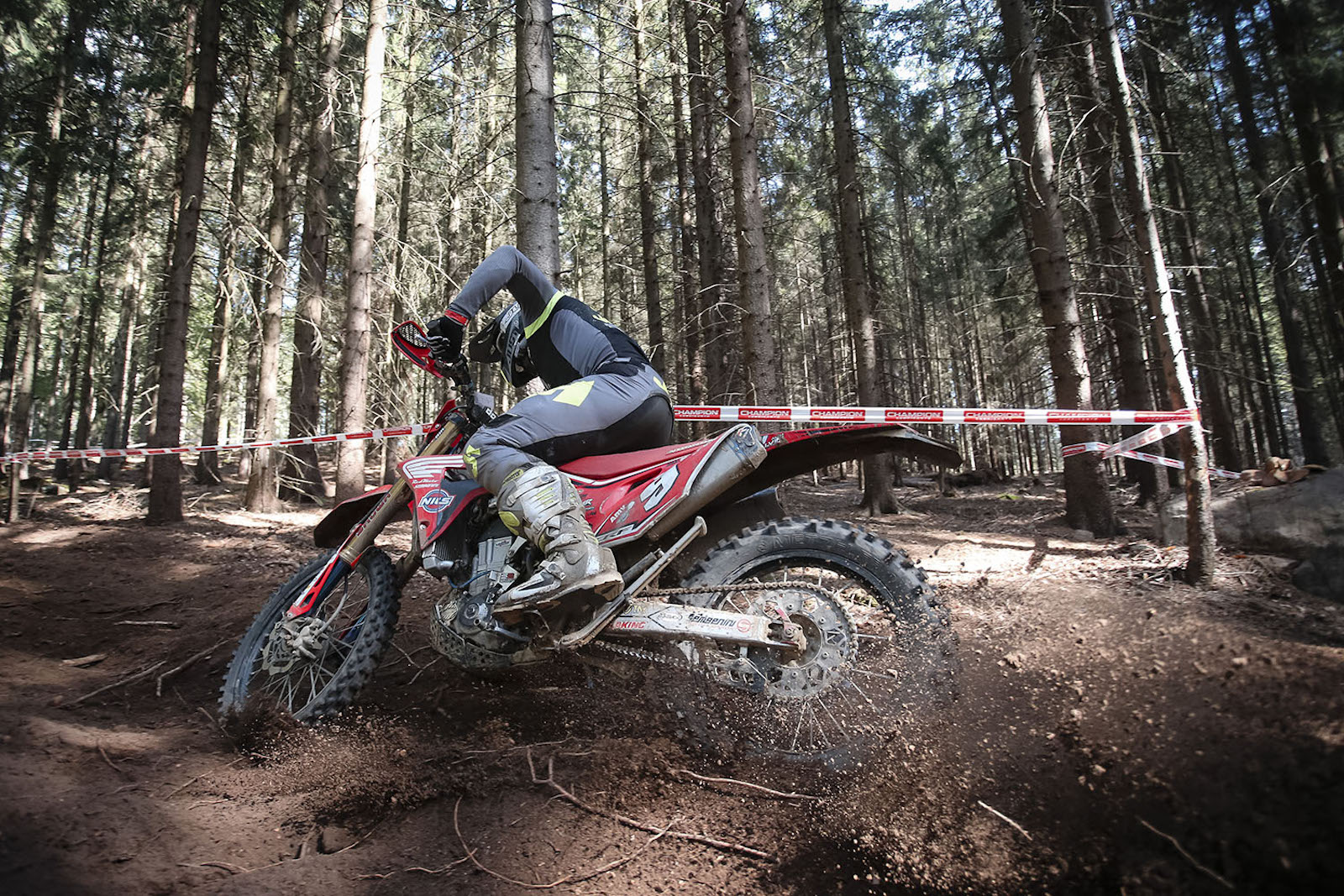 Alex Salvini had a weekend full of fight with his E2 championship rivals. The Italian was third on day one behind a blistering Joe Wootton, taking his maiden GP win, and loic Larrieu. Salvini hauled back to take P1 on Sunday after an early tip-off which left him down in 10th early doors.

For his part, Larrieu’s hefty crash on the Sunday knocked his head and the championship lead but on home soil in France in two weeks? It’s gonna be interesting in E2! 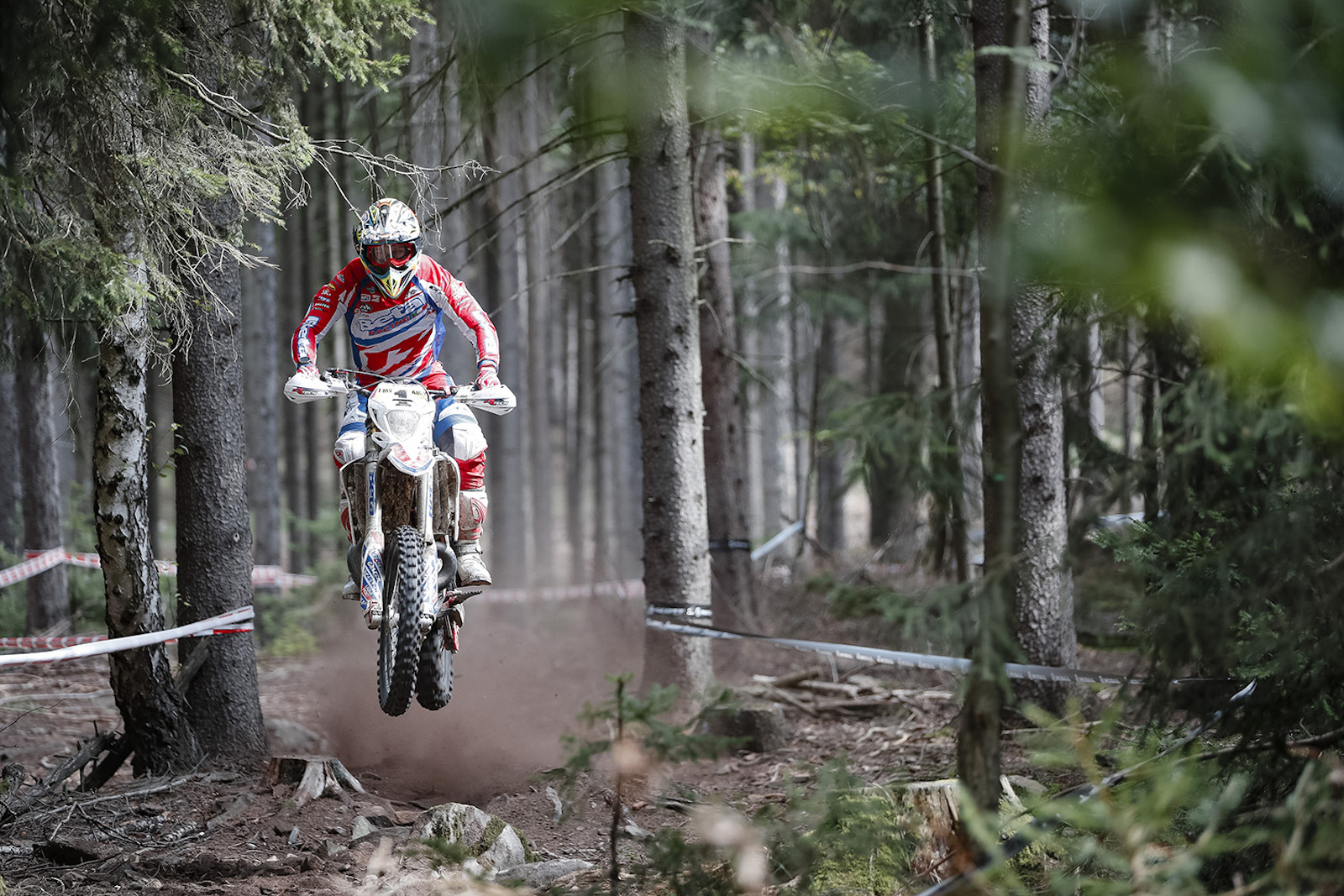 In E3 it was situation normal for Steve Holcombe, two wins and an 18 points lead means one hand on the 2019 E3 world title.

But in the race for the overall title Holcombe needed to take points away from Freeman this weekend and admitted he didn’t quite have that extra notch of fitness to match the leader’s outright pace across the tough Czech tests.

For Holcombe to retain the EnduroGP World Championship he needs to take maximum points in France with Freeman finishing fourth or lower on both days. Stranger things have happened and pressure can do funny things to a rider but the way Brad is riding this year the odds are in his favour. 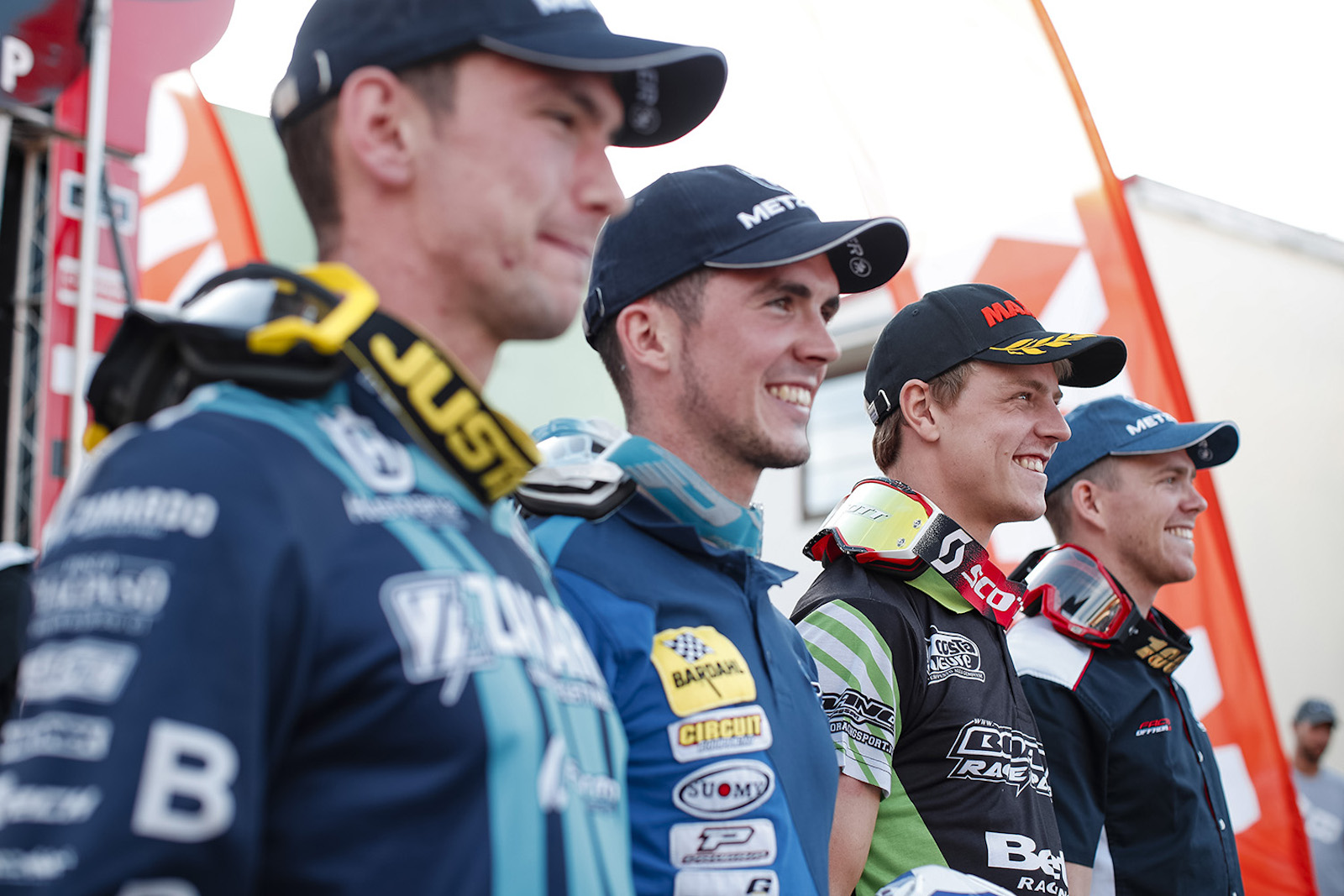 On the back of their ISDE team announcement in the week, the 2019 Team GB Trophy riders sure signalled a form warning ahead of the event in Portugal later this year. Freeman, Holcombe, McCanney and Wootton took the top four places overall on Saturday with the top three also the same on Sunday. 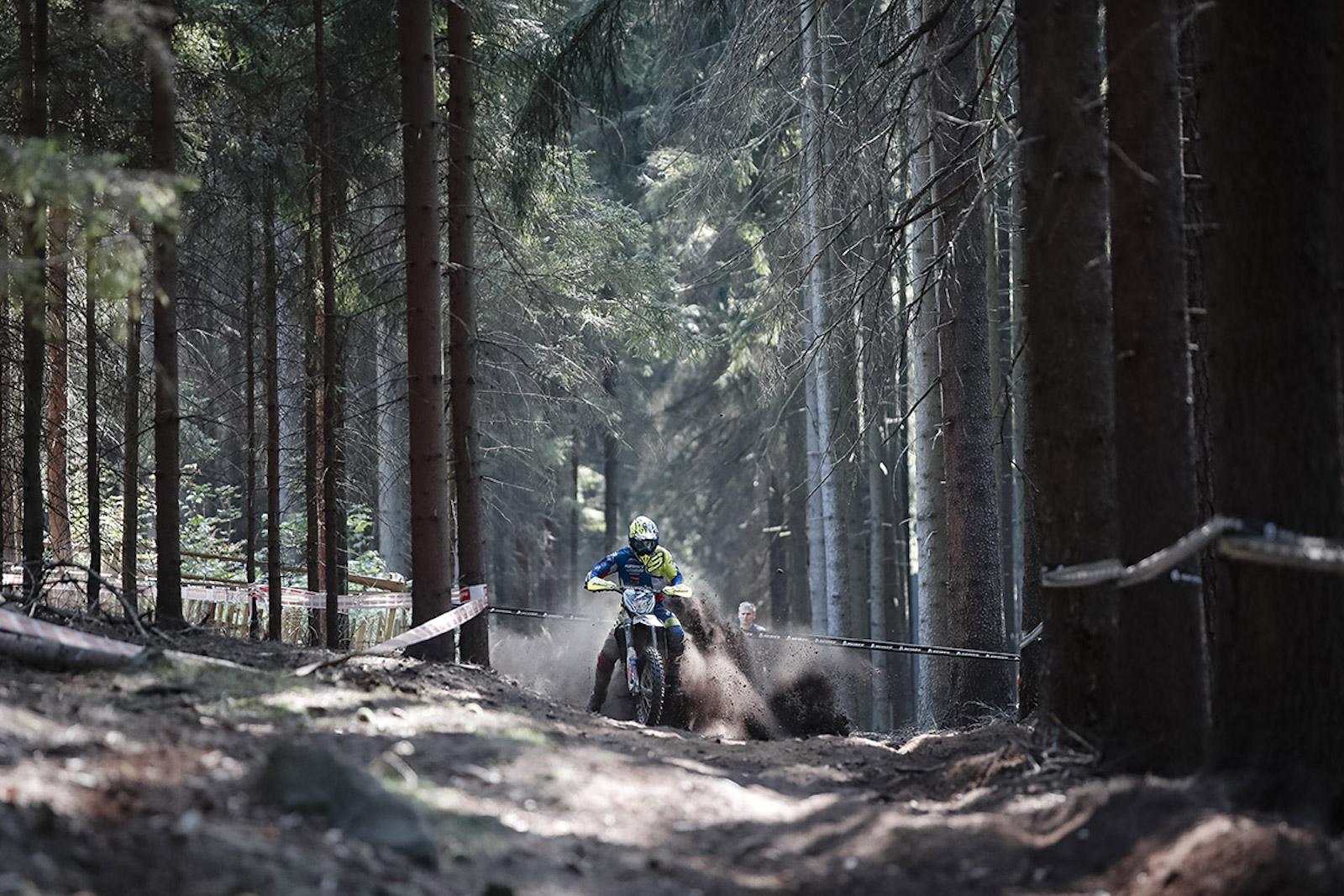 Theo Espinasse staked a stronger claim on the Juniors with a win and third overall in Czecho. After Andrea Verona claimed the overall Junior title at the previous round, and stepped up to EGP, it left the fight for second the talking point but also left J1 world title open. With 195 points, Espinasse needs just three points to win.

Enric Francisco is surely dead cert for the Junior 2 title after another double win and his main championship rival, Jack Edmondson, going out on day one with a broken wrist. Enric is also still well in the hunt for overall Junior second place honours and has plenty to fight Frenchman, Espinasse for in France. 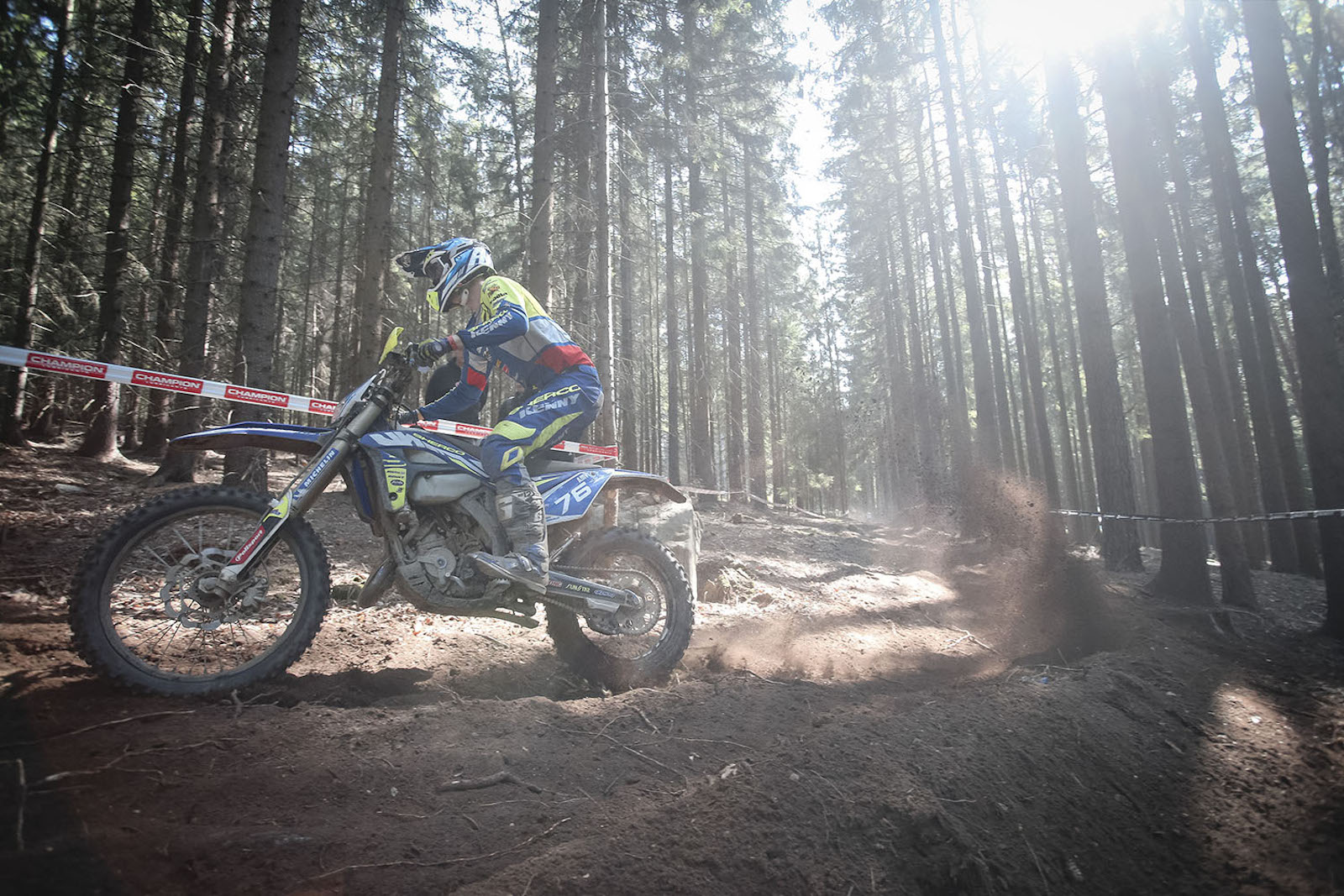 Hamish MacDonald had what has become his usual weekend in the Youth class with a double win at the Czech GP in relative comfort. The Youth class is complicated in that rules allow riders to drop their four worst day scores which means the maths is a bit tricky but these kids are fresh from school so should have a handle on it. The upshot is MacDonald needs one more day’s racing to secure the title – we think... 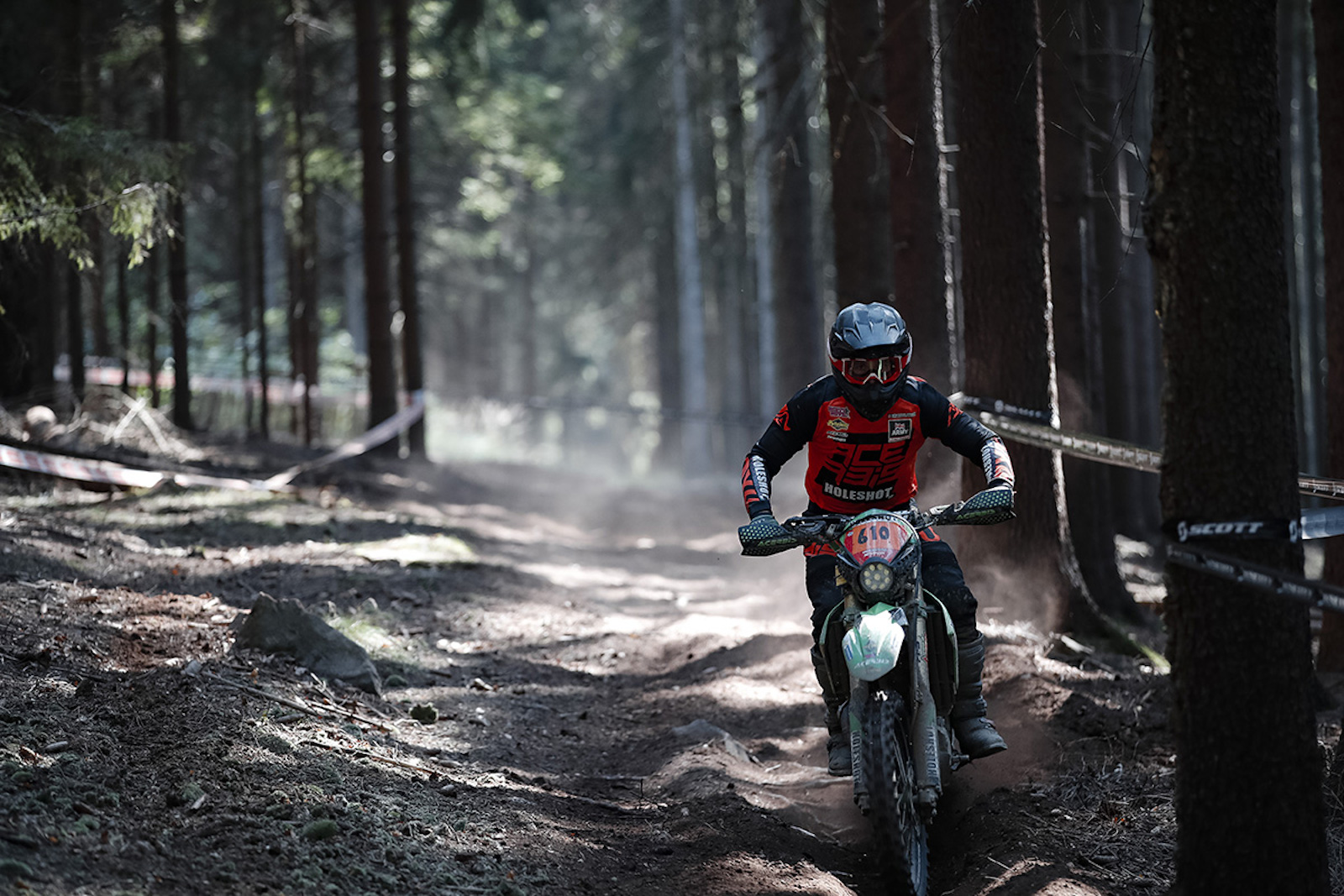 The Enduro Open World Cup classes were owned by Tom Ellwood in Czecho. The rarely seen green machine ridden by Ellwood looked good in the woods and brought the British rider the overall Open win plus the Open 4T championship for the 2019 season.

David Knight continued his now 12 win run in the Senior class and stands to make it a 100% record with just two more in France. Patrik Halgas was the Open 2T winner on both days.