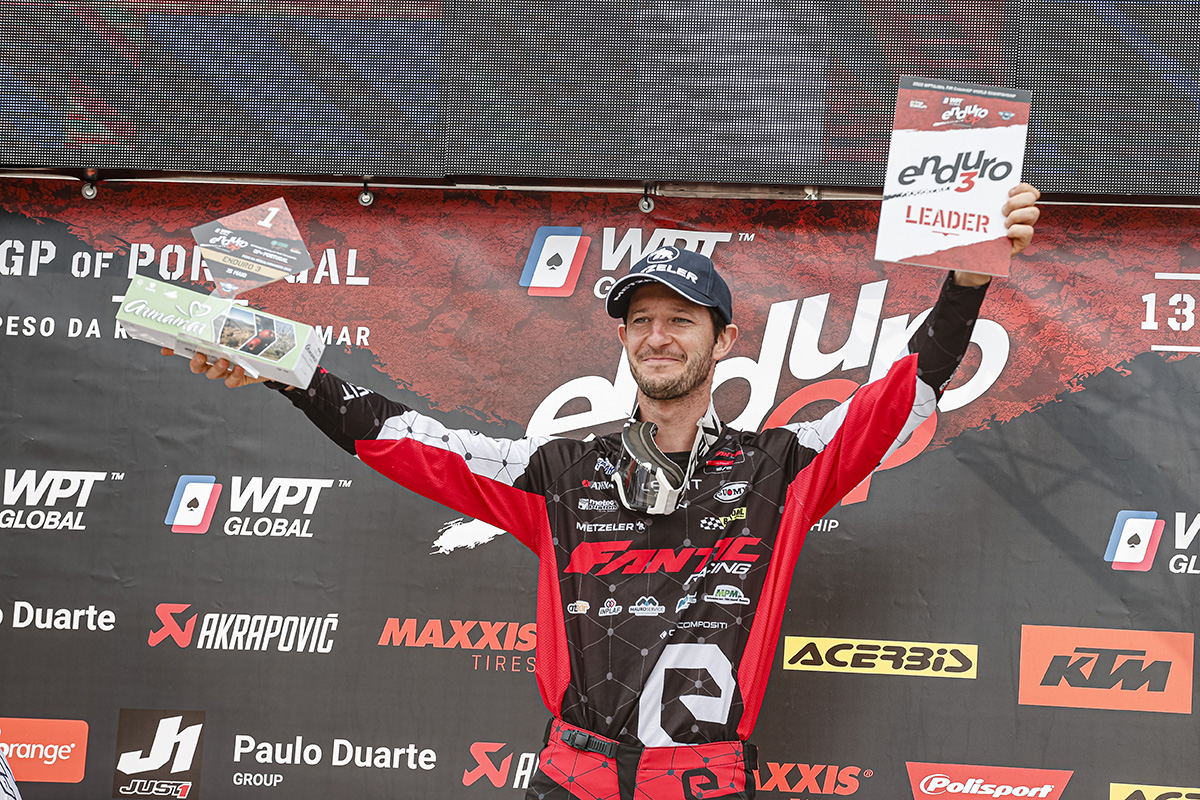 A heavy crash in Italian Enduro series round six has ruled E3 World Championship leader Davide Guarneri out of the at least the next two EnduroGP rounds in Italy and Portugal.

In what is turning out to be an injury-stricken year for too many elite riders on this enduro planet, Davide Guarneri joins a list of walking wounded after a big crash at the Assoluti Italian round in Passignano.

Davide hit the ground hard in the second cross test of the day, causing it to be cancelled while medics attended to him on the course.

The crash saw the Fantic E50 Racing rider hit his head and as a result has a broken C7 vertebrae in his neck. Enduro21 understands he will be out for 60 days due to the injury which takes us past the next two GPs including his home GP in Carpineti, Italy on June 24-26 and Coimbra, Portugal one week later on July 1-3.

Does anyone want to win this?!

After Brad Freeman took an early lead in the 2022 E3 world championship, the title holder broke his hand at round two. That allowed Guarneri to put his 300cc two-stroke Fantic into the points lead after we left the first Portuguese GP in mid-May.

The other major contender in E3, Jaume Betriu on the big WP Eric Auge KTM 500, was ruled out right before the first GP as well after a small training crash ended in broken ribs for the Spaniard.

We’re looking forward to seeing all the walking wounded back at the races.