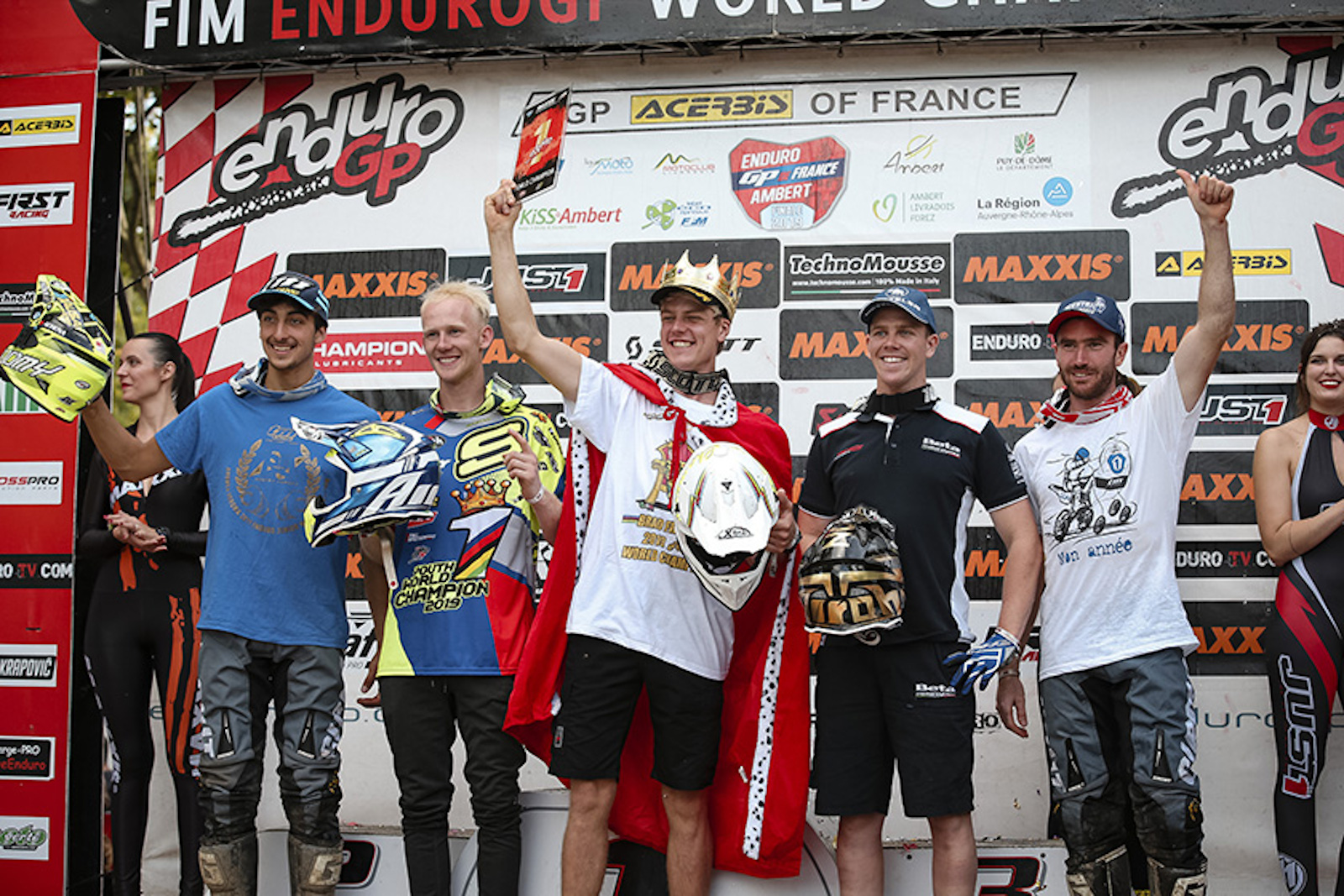 That’s a wrap. 2019 delivered a dramatic season with all the twists and turns we hope and love from the Enduro World Championship series.

A hectic last round in France produced the nail-biting finish, crowned champions and went out with a bang. Exciting end to the year? You betcha.

But what did we learn from that last round of 2019? What stood out most and what are the major talking points as we take a deep breath and look forward to next season… 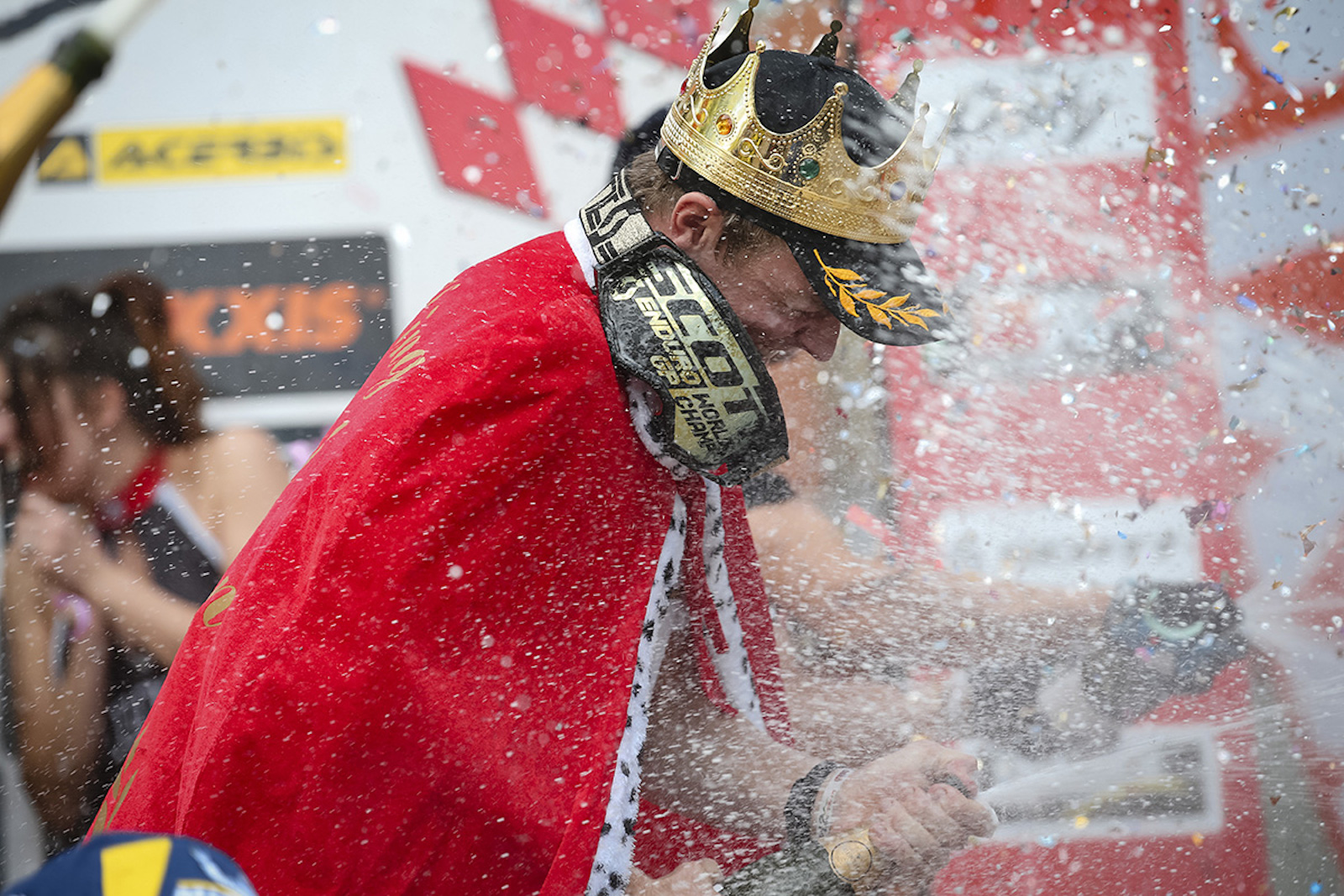 By most human measurements if you are fighting for a world championship in the last race of the season it is gonna be a bit stressful! For Freeman this weekend was tough: “I started the last day badly and after the first extreme test I was thinking I don’t think I can do it.” Explains Freeman. "Then in the first enduro test I crashed and lost 20 seconds.

“After that I just told myself to get it together. The hard part was just doing my job and knowing that I could have a mechanical or have a crash – anything could have gone wrong and it was just so stressful.

“After I broke my collarbone (Greece GP) it was a set-back, but I think that is the most satisfying aspect is to come back from that so strong and win.”

Being fast on a bike is only part of the battle and this weekend in Ambert Freeman proved he could deal with the high pressure. From winning the Friday night Supertest in front of the big French crowd, to dealing with the tough, technical tests as day two wore on and the title loomed large. The boy earned it. 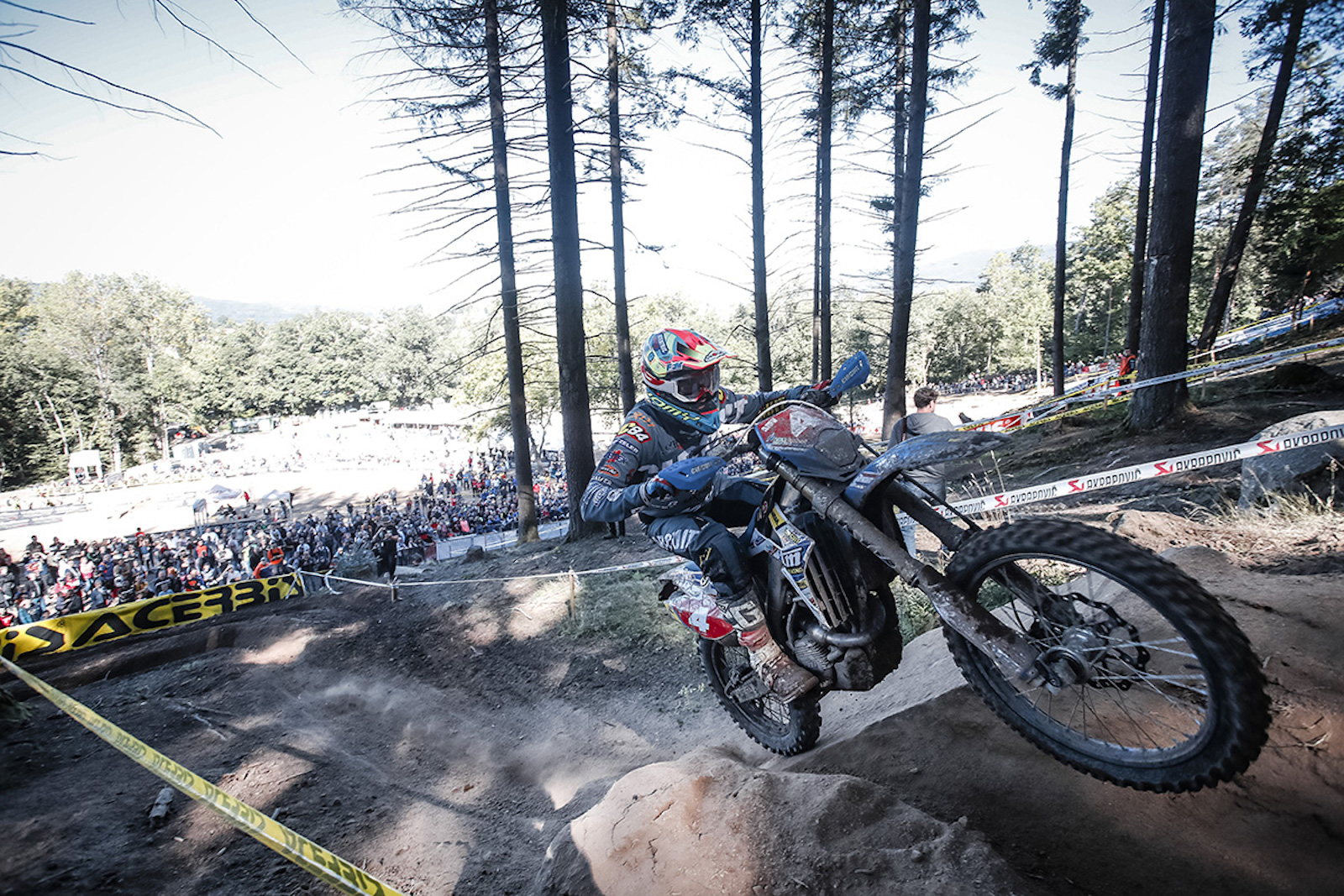 Not that long ago it used to be the established order in GPs that a French rider would win a world championship and the end of the year would always see French riders on podiums.

In 2019 we saw three British riders fighting for the overall results and dominating from Germany until France.

Loïc Larrieu bucked the trend by taking his first GP win of the season, the first non-British winner of the season, and not to mention his first World Championship crown and France’s first since Antoine Meo (E2) and Mathias Bellino (E3) both won in 2015.

At the final round in Ambert, an epic battle unfolded between Larrieu and Alex Salvini for the E2 world title which saw both pushing to the limit. The end result was a 1-2 overall with Loïc and TM Racing topping the final GP of the year and with it the E2 World Championship.

“We know before this weekend it is really close and I knew I have to finish both days ahead of Salvini to win – I never did that this season.” Says Larrieu.

“I pushed all tests and focused on them and tried not to think about the championship because this is the best way. I pushed every test to my maximum and in the end, it worked – in front of the French crowd it was amazing!” 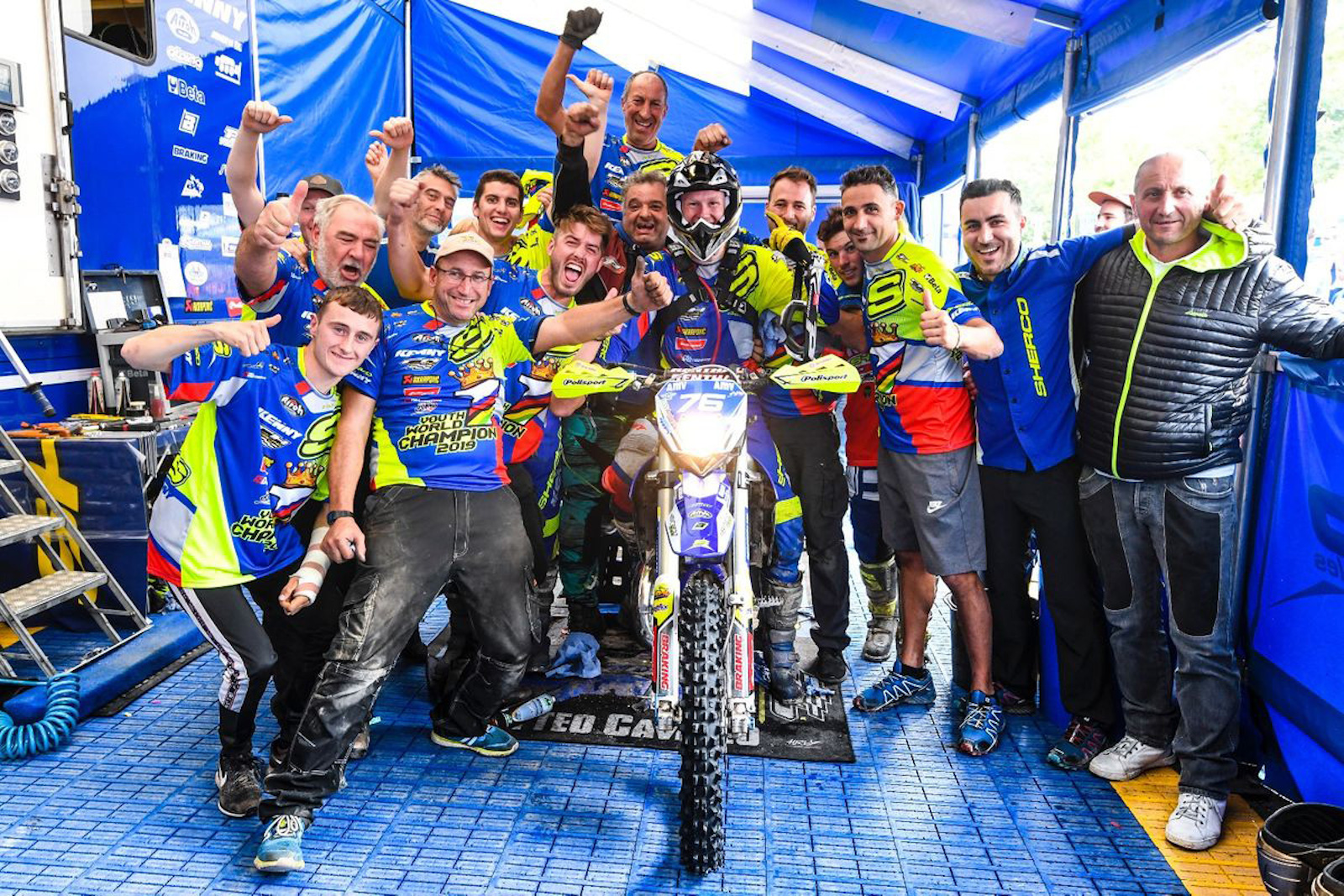 The die has been cast for a couple of years now, we’re well inside a new era of the Enduro World Championship.

Riders from what seems like another time like Cervantes, Meo, Salminen, Ahola and Aubert once ruled but are now heroes of the past not the present. You can also add Christophe Nambotin to that list as the three-times champ retires from GPs…

Brad Freeman is now a four-time world champion, Steve Holcombe is five times world champion. Both are in their 20s, in charge of the championship and at the top of a fresh iceberg floating through the GP paddock.

Fabrizio Azzalin’s Sherco Racing team have Matteo Cavallo spear-heading a team of young talent including Hamish MacDonald (2019 Youth Champion) plus Theo Espinasse (runner-up in the Juniors), Jack Edmondson and Dan Mundell all in the blue and yellow and all part of the new wave.

2019 Junior World Champion, Andrea Verona is a hot prospect on the TM moving up to the big classes for the final two rounds after sealing to 2019 Junior title early.

This is not to mention the long list of fresh talent including the RFME Spanish federation crew (under Cervantes’ guidance no less) with Sergio Navarro (looking a lot like a young Josep Garcia from a couple of years ago) and of course the 2019 J2 World Champion, Enric Francesco – there are more but we’d run out of room. 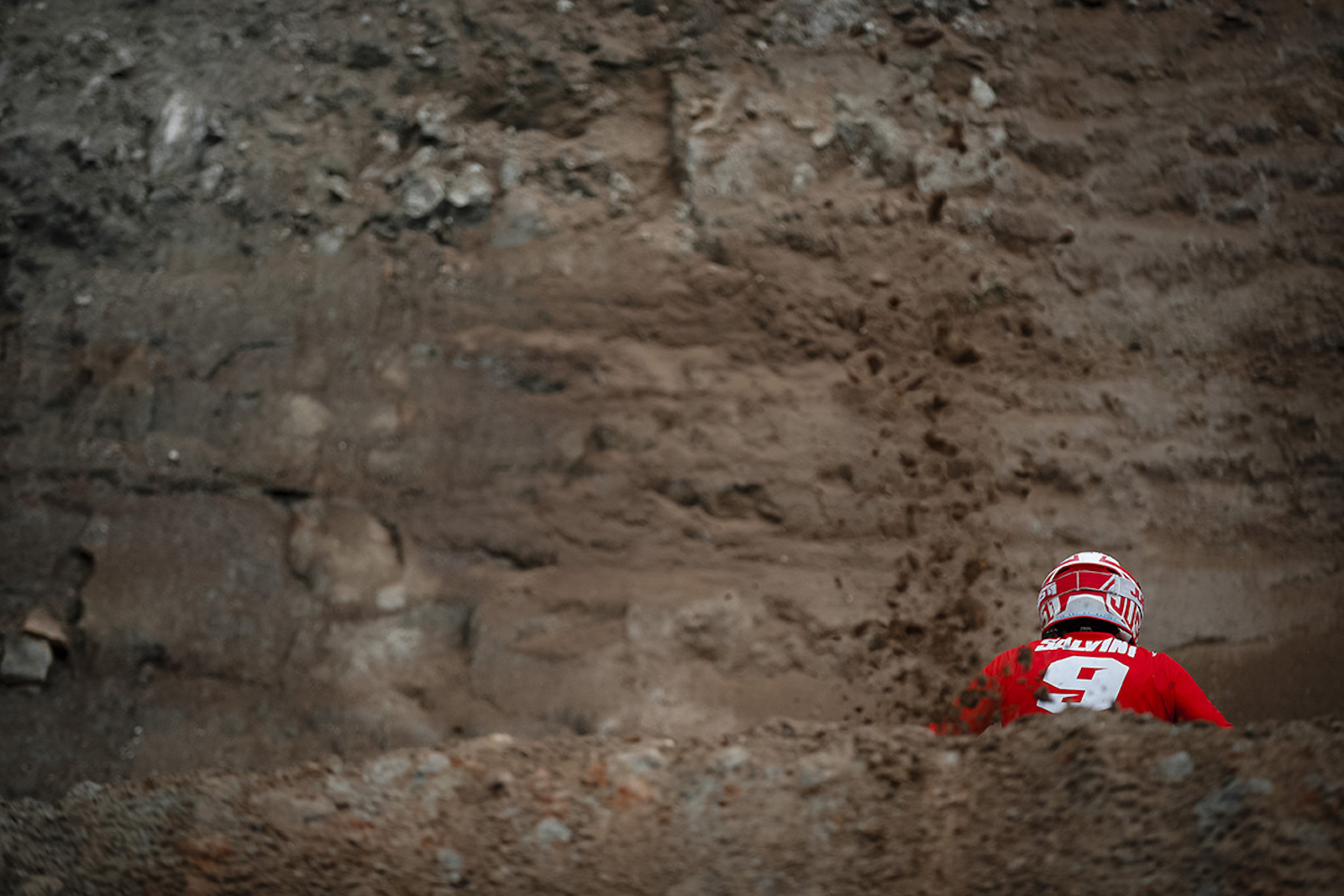 The “old guys” still racing, like Alex Salvini and Eero Remes, clearly have fire in their bellies yet but they will have to watch out next season with the likes of Joe Wootton symptomatic of youngsters getting a sniff of what it takes to beat the heroes they once looked up to. 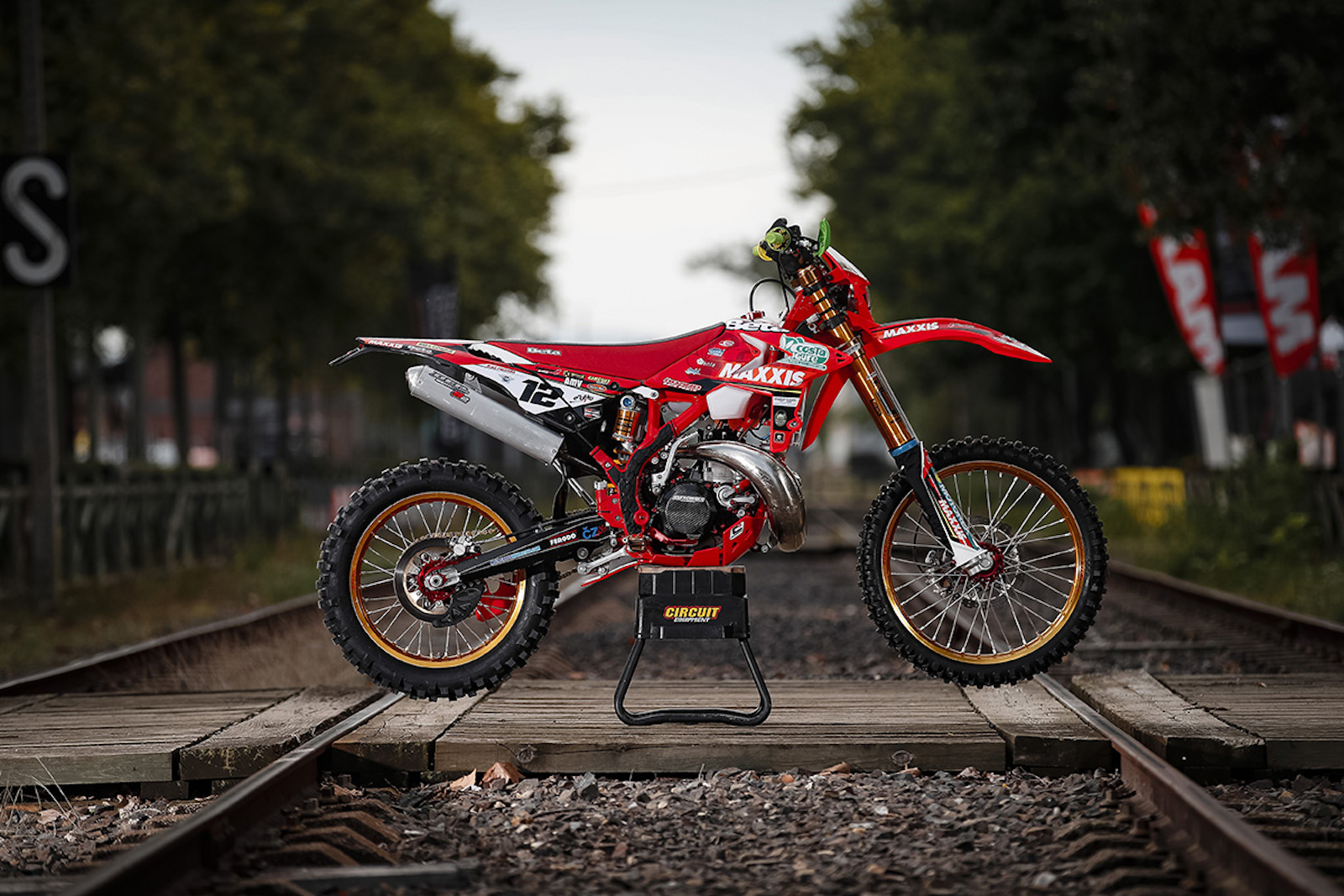 Brad Freeman broke a few rules in the book this year, but two facts stand-out: he won the championship on a 250cc two-stroke and he riders for a satellite team.

The last person to finish the season as overall fastest rider on a 250cc two-stroke is Stefan Merriman on a Honda in 2003 (remember Honda two-strokes?).

As for a non-factory or satellite team and rider winning the overall world title, you have to ignore the rules slightly to a time when there was no official overall champion and when Mika Ahola was scratch champ with JET-Zanardo on a Honda almost a decade ago.

Boano Racing sure showed the value in a strong team this season. A popular team in the GP paddock, Jarno and his crew have an exceptional history of breeding young rider talent and this season proved their dedication and organisation with Brad’s two titles. 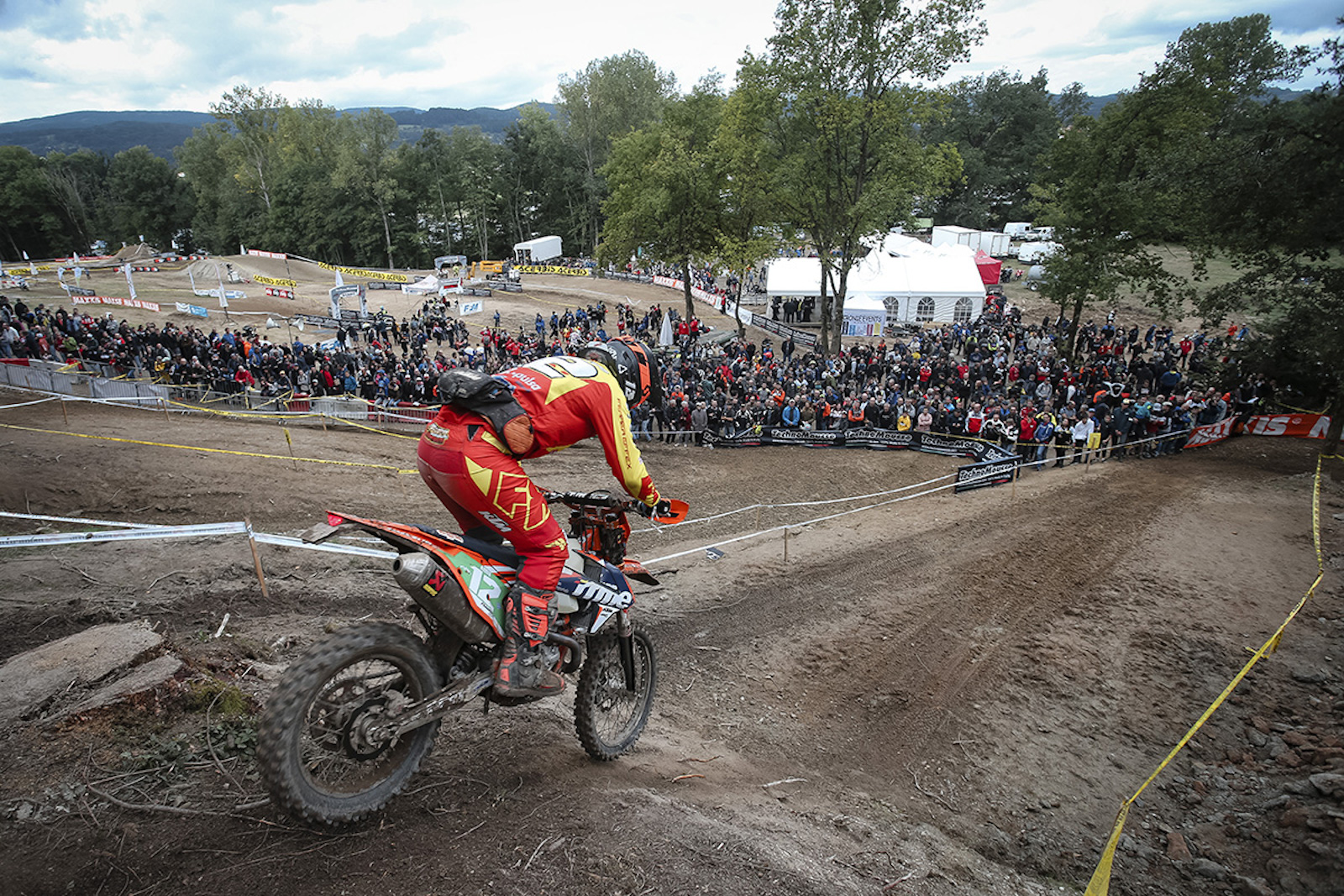 One big winner from the French GP was the event itself. “Proper enduro” as you might say with an enthusiastic and appreciative crowd in big numbers across the weekend at all the tests and some seriously good riding.

The three tests were typically in their own way with an awesome blast across the grass Cross test every bit in the French classic style. The Extreme and Enduro tests were long: the enduro test 11 minutes of twists turns and banks in the trees next to a road filled with spectators. The liaison was no walk in the park either with a healthy crowd at the spectacular points helping riders up tough climbs. Good job Livradois Moto club.

It all points to a positive up-swing for EnduroGP which ended 2019 on a high in Ambert. The philosophy of putting events on relatively close geographically in the heartland of the sport in the particular country is working. Numbers are up, the classes are back and the introduction of the Enduro Open World Cup has brought the amateurs (plus some old stagers) back into the events. Paddocks are full and there is a buzz to the series again. 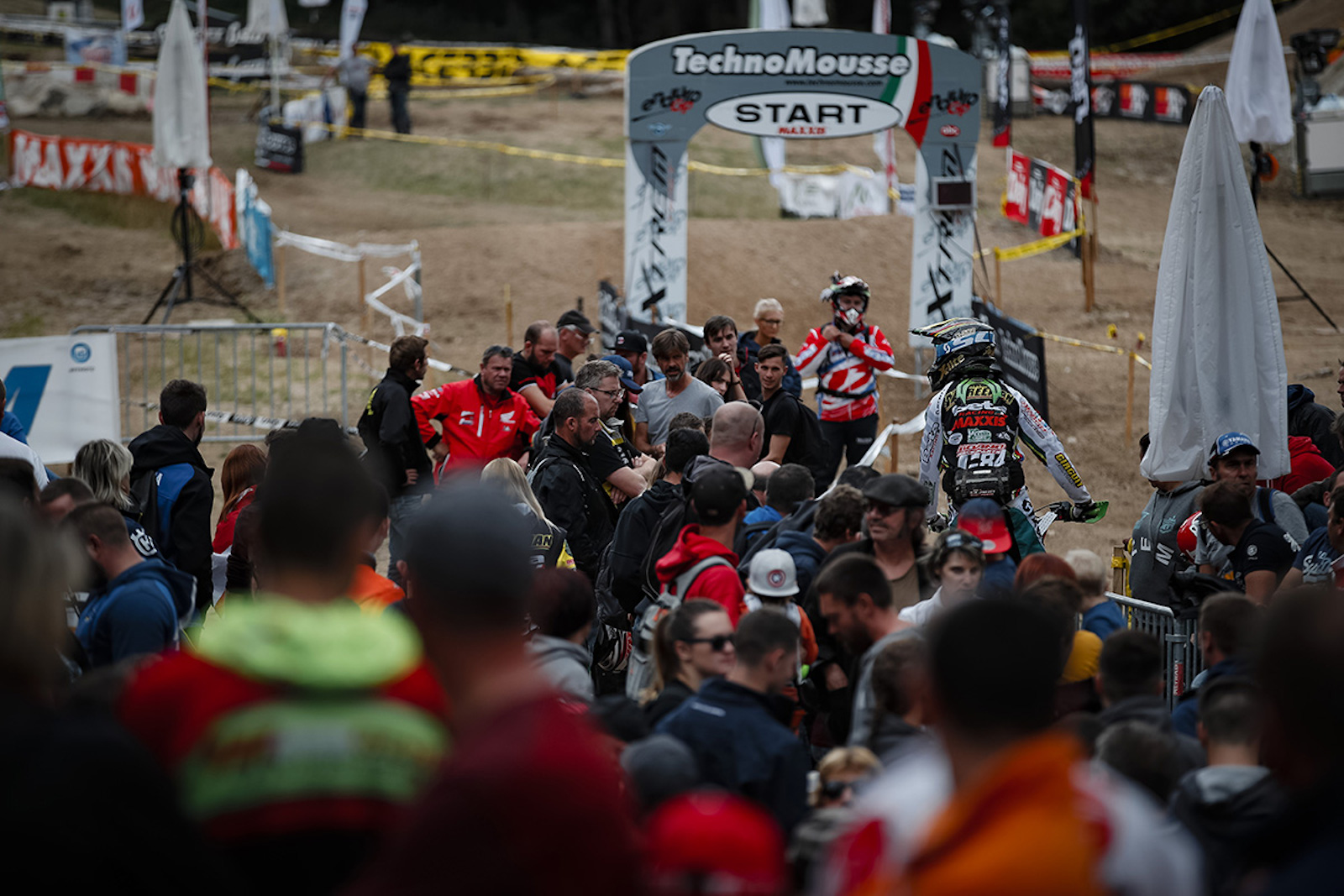