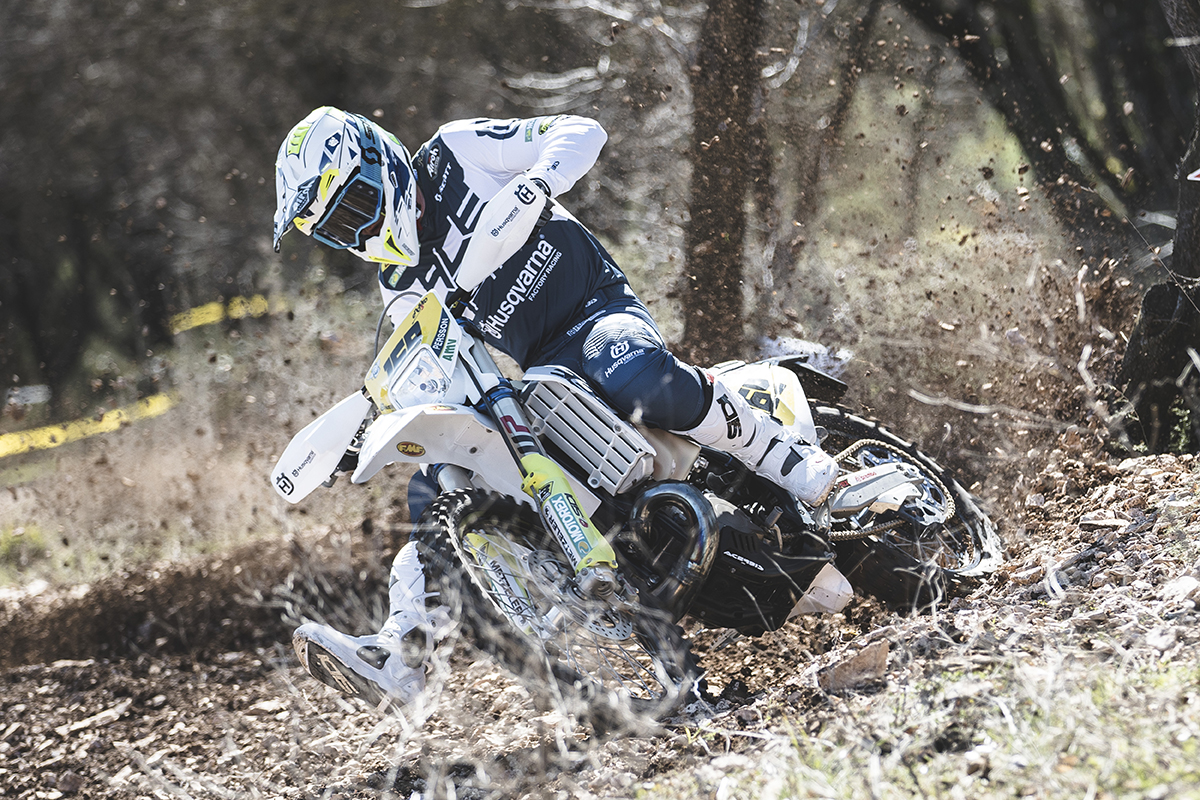 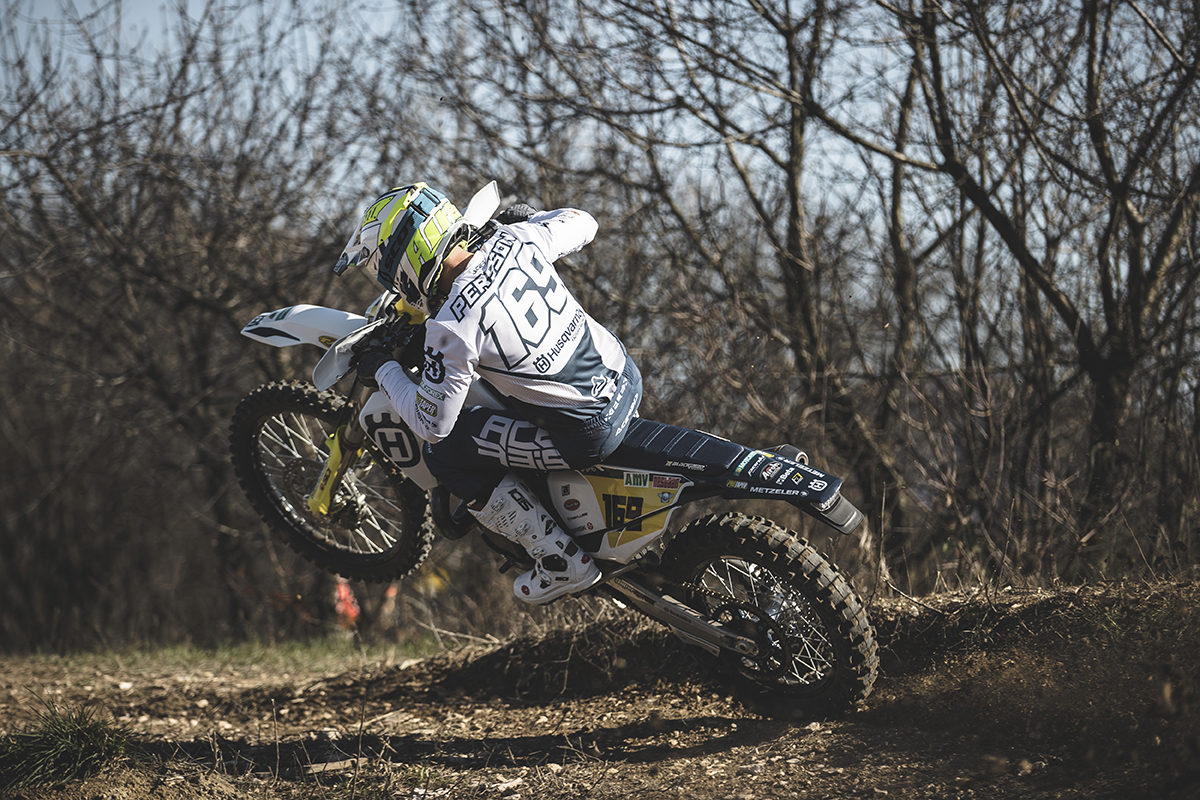 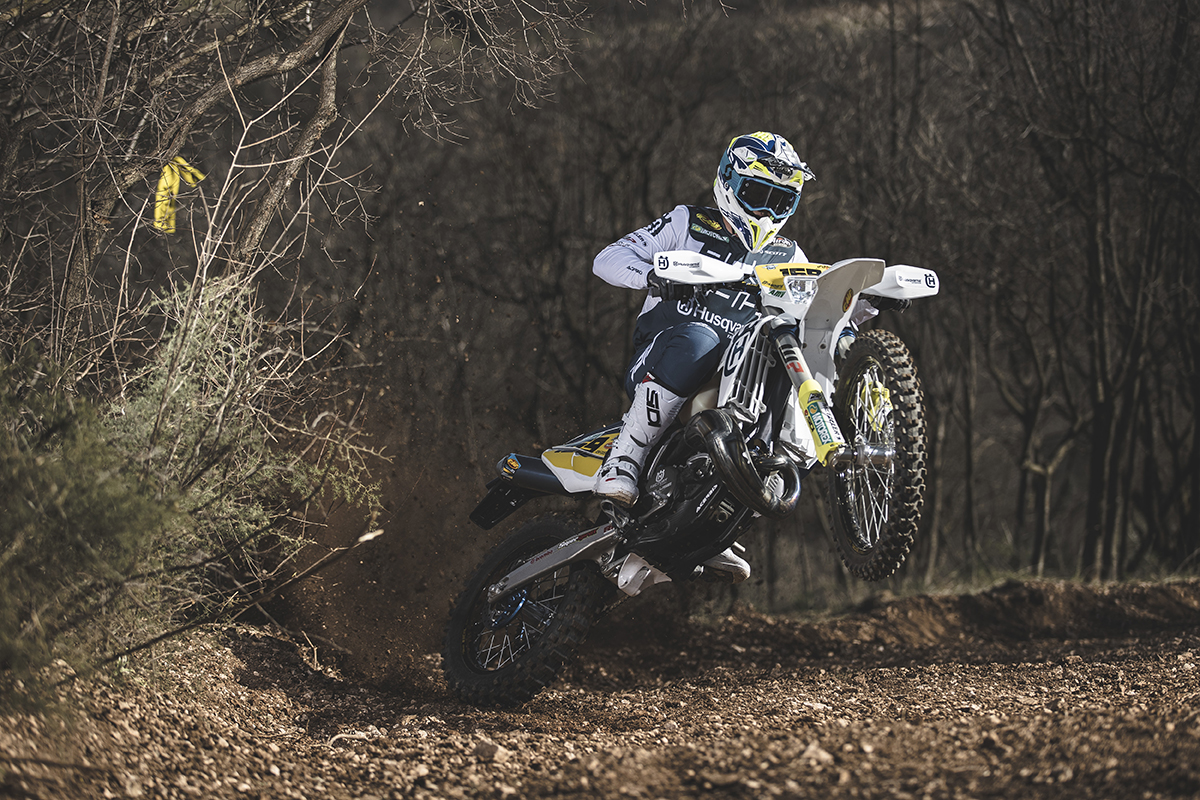 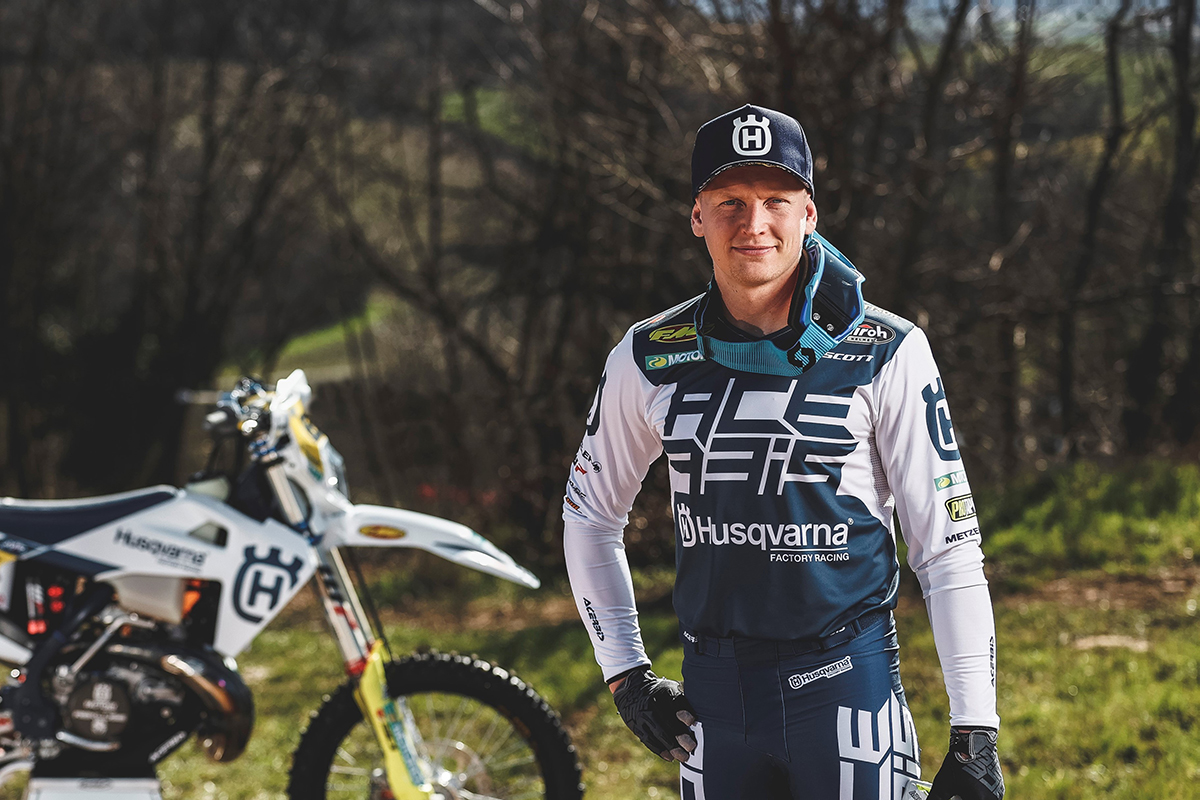 Husqvarna officially back in EnduroGP with Mikael Persson

Husqvarna Factory Racing have announced they will contest the 2022 FIM EnduroGP World Championship with Swedish ISDE sensation Mikael Persson in E3 class on the TE300i two-stroke.

Husqvarna Factory Racing has confirmed the signing of 2021 ISDE outright bronze medalist and former 125cc Enduro Youth World Champion Mikael Persson for the 2022 season. That’s not to mention Swedish national championships in 2018, 2019, and 2021, plus Gotland Grand National and Novemberkasen victories.

Mikael will become the sole Husqvarna Motorcycles competitor, much like Andrea Verona and Josep Garcia were the sole GASGAS and KTM riders respectively in 2021 and in turn that means KTM Group has riders competing in each of the major classes (E1, E2 and E3). Switching from the 250 four-stroke he had so much success with last year, Mikael will compete in the Enduro3 class on a TE 300i.

“I’m very, very happy to get this opportunity to return to the EnduroGP World Championship, especially with Husqvarna.”  Says Mikael. “As a Swede, competing officially for Husqvarna is a big honour. Being around familiar machinery and people I have known for many years, I can’t wait to get racing again.

“I headed to southern Europe early in the New Year to get familiar with the new bike, and since then I’ve just been riding and training. I’ve put a lot of hours in on the bike now and switching back to a 2-stroke, and back to being a full-time racer, is all going well. I’m enjoying the process.

“I’m building my way back into everything. I know that I have a lot of experience, and I’m 100% focused on doing the best I can, but I’m not putting myself under any crazy pressure – the team and myself know what we’re aiming for, and I’ll do all I can to be competing at the front of my class. This is a great opportunity for me, I’m certainly going to give my all and make the best of it.”

Persson will join some serious competition in the E3 class including the EnduroGP World Champion Brad Freeman and some of the big boys on big 500s like Jaume Betriu. But the Swedish rider faced similar (and then some) at the 2021 ISDE where he took a “surprise” third place outright.

Mikael will line-up with Billy Bolt in the new-look official Husqvarna Factory Racing Enduro team – Billy of course races in the SuperEnduro World Championship and Hard Enduro World Championship. Billy also made a huge splash as a wild card rider at the Italian GP last year and both will mean Andi Holzl, Husqvarna Factory Racing’s team manager, is going to have a busy 2022…

“We’re really happy to have Mikael in the team.” Says Andi. “He’s shown impressive pace in the EnduroGP World Championship as well of course as the International Six Days Enduro, where he was also extremely fast.

“As a Scandinavian, Mikael riding for Husqvarna Motorcycles is also something very special due to the rich Swedish history of the brand. He is a pleasure to work with, has great speed on the bike, but also has a lot of technical knowledge. I believe he will really progress through the 2022 season.”

The FIM EnduroGP World Championship starts with round one in Lalin, Spain on May 6-8.