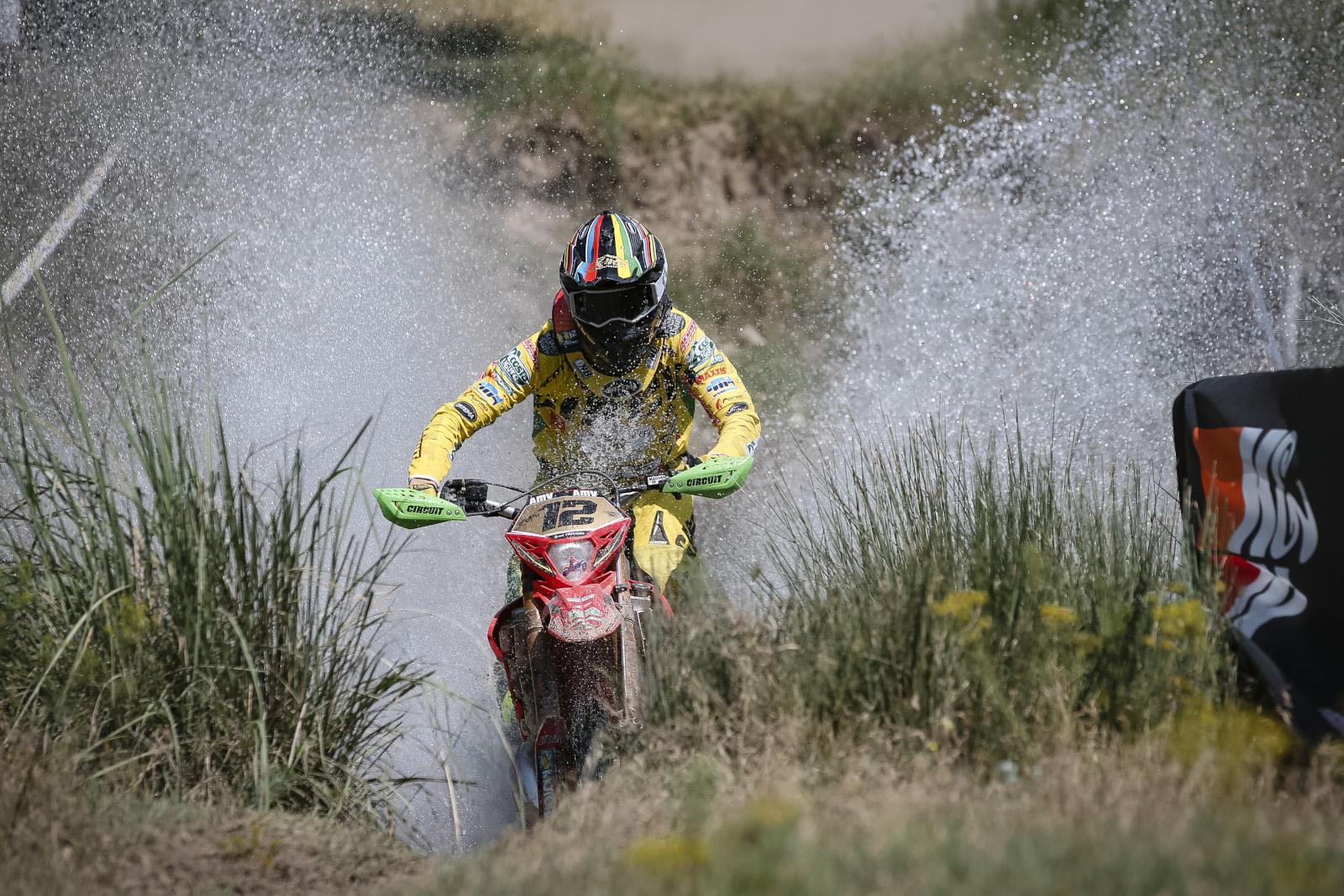 EnduroGP where have you been?! Enduro World Championship returns after long summer break with Czech Republic GP this weekend, the penultimate round of the 2019 season.

The experienced Czech motoclub, Enduro Klub Uhliřské Janovice v AČR, plays host to the sixth round of the 2019 Enduro World Championship in Uhlirske Janovice. It is also welcomeing back a championship form top to bottom with all very much to play for in this distinclty dramatic 2019 season which has been rife with injuries and results juggling.

EnduroGP overall title all to play for 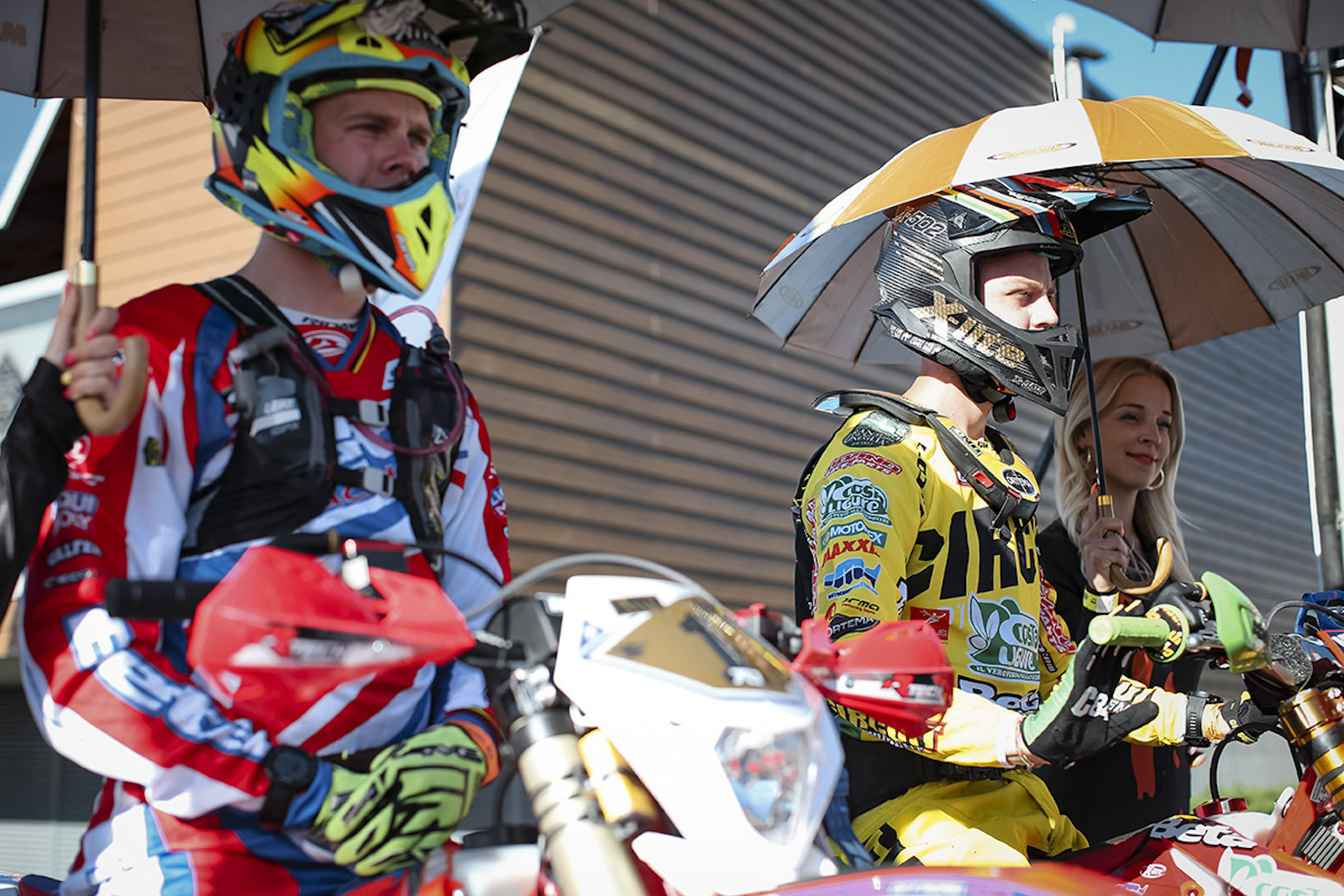 After the long summer break, it seems the British Beta-mounted duo of Brad Freeman and Steve Holcombe are back to 100% fitness levels and ready to fight for the EnduroGP scratch world title after an up and down season.

With a gap of just four points, Boano Beta rider Freeman has the slight advantage of momentum, but the Factory Beta rider, and reigning World Champion, Holcombe surely has the experience in the bag. Between the two, the end of the season promises to be tense and thrilling one.

There are many as yet unanswered questions; Can Holcombe resume the impressive pace that we saw in Germany’s season opener? Will Freeman push as hard as he did in Portugal, Spain and Greece? And if so, will he be able to keep upright and resist the attacks from the reigning champion?

This penultimate Grand Prix of the season will give us at least some of the answers before the grand finale in France later in the month.

This is all without mentioning the likes of Danny McCanney, Alex Salvini, Loïc Larrieu, Thomas Oldrati and Matteo Cavallo who have all proved they have the speed this season to put them on the podium at least to really shake things up for the title contenders. 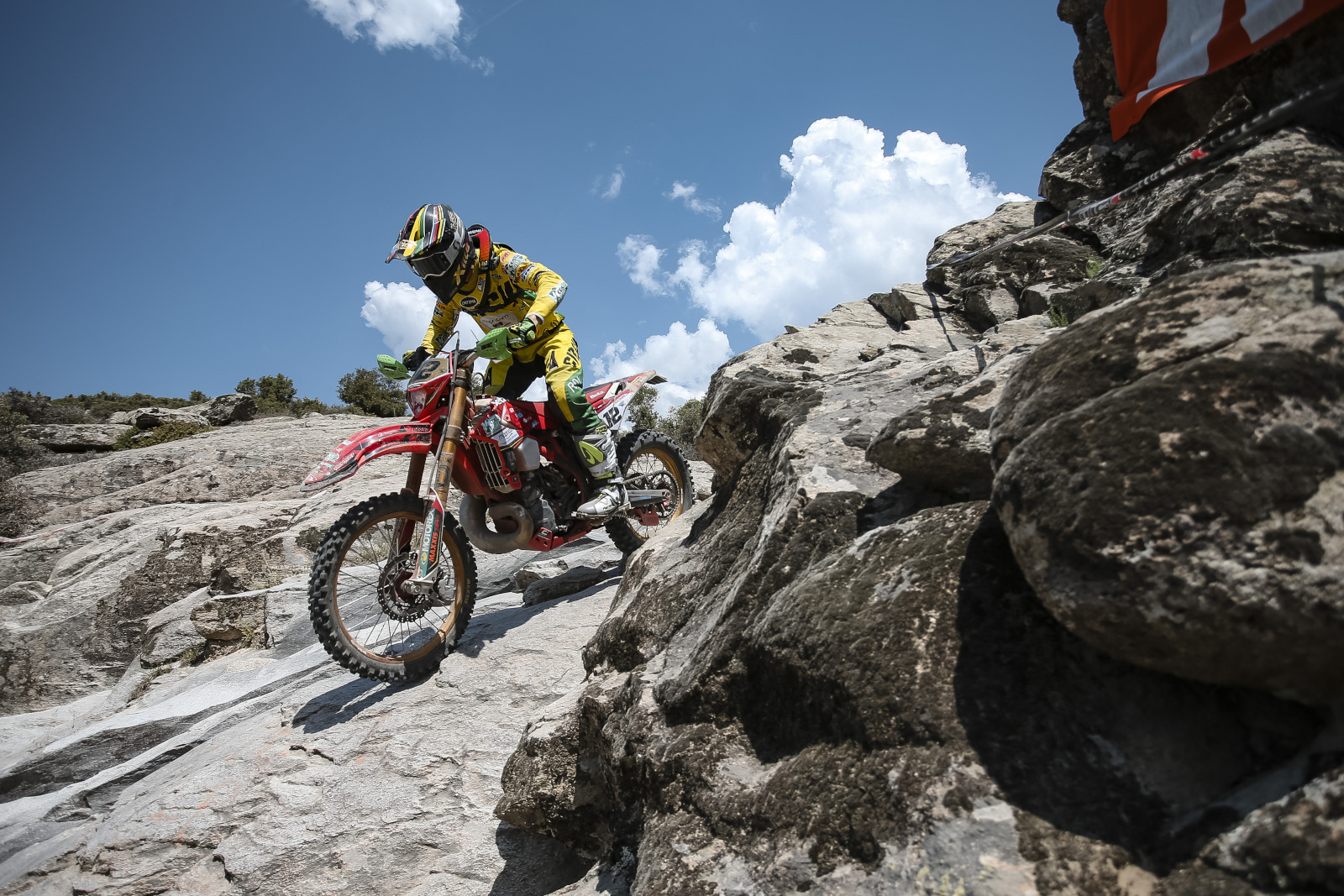 In Enduro 1, the tension is a little reduced for Brad Freeman who has a 37 points advantage in the class. Brad could ease the pressure heading to the final round in France later this month if he were to take a double win in Czecho and seal the championship early.

The Italian trio of Matteo Cavallo, Thomas Oldrati and Davide Guarneri will seek to stop the quick Brit and take back valuable points before the Grand Prix of France. Cavallo and Oldrati particularly this season have put in strong overall performances and are pushing each other.

For his part, Patrik Markvart will be favoured by local fans on home soil.

A rider of note at this GP in E1 will be the already crowned 2019 Junior World Champion, Andrea VERONA who will begin his preparation for next season by fighting with the “big boys.” 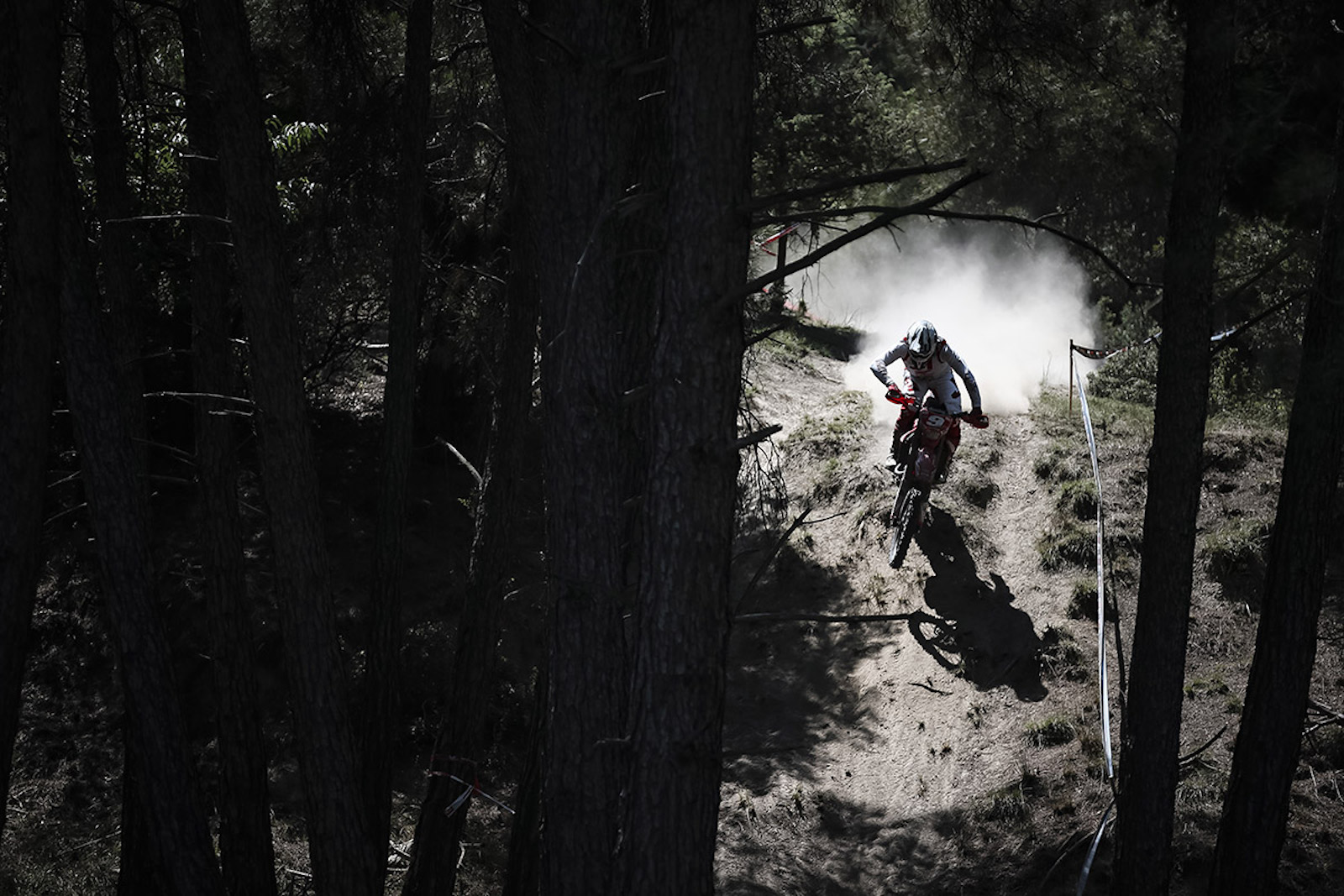 In the Enduro 2 class everything remains to play for with three riders covered by just eight points: Alex Salvini, Loïc Larrieu and Christophe Charlier. This Czech Republic GP should therefore be crucial in the race for the E2 World Crown as all three have shared their own highs and lows this season but certainly each will be aiming for no less than victory.

That is not to mention the ultra-consistent Chilean, Benjamin Herrera who is only 20 points behind the leader Salvini, and who has a very good season on the Factory Beta.

Keep an eye out for Giacomo Redondi too. Redondi injured himself in Italy and was forced to give up to his dreams of a title but the Jolly Racing Team rider remains a serious contender for GP victories.

Could there be more to come from the defending champion Eero Remes? The Finn has suffered since the GP of Portugal with up and down results across GP weekends but remains a force to be reckoned with.

Antoine Basset will want to repeat the performance he put in at the Italian GP and get back on the E2 podium. 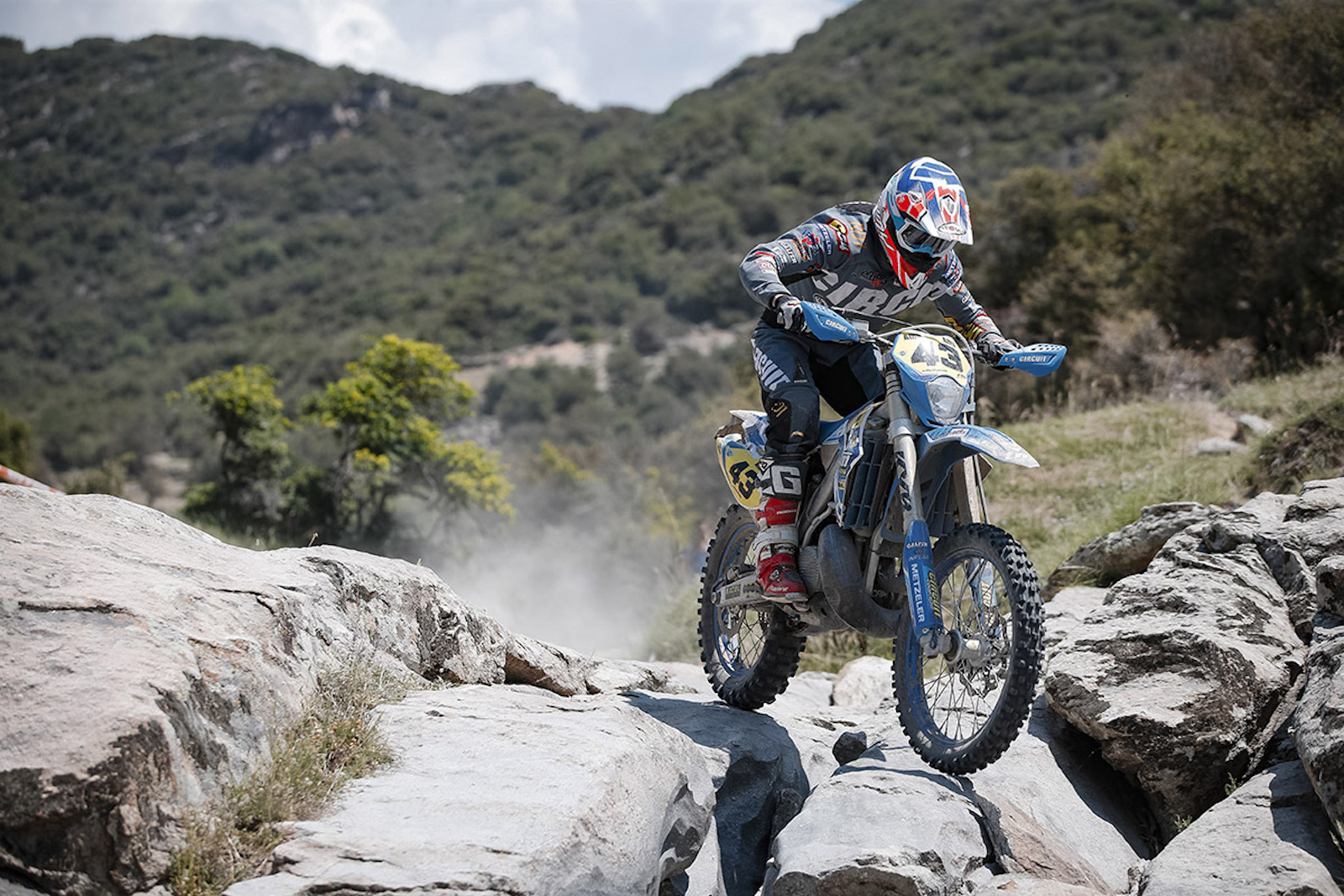 The health problems endured by Steve Holcombe meant that Danny McCanney was able to significantly reduce the gap in the provisional E3 standings, and now the class is wide open with only 12 points difference between the two Brits.

With McCanney looking impressive on the powerful TM 300 two-stroke, and Holcombe keen to retain his class title, the duel in the ‘big engine’ class could be very exciting – with an on-form McCanney capable of adding spice to the overall EGP results.

There is also an ongoing battle for the third place in the E3 Championship between Anthony Geslin and David Abgrall, which could well go down to the wire between the French compatriots.

Also note the return to competition for Josh Gotts after a long term knee injury and lengthly recovery. As well as the participation of local rider Jiri Hadek.

Raging battles in the Junior ranks 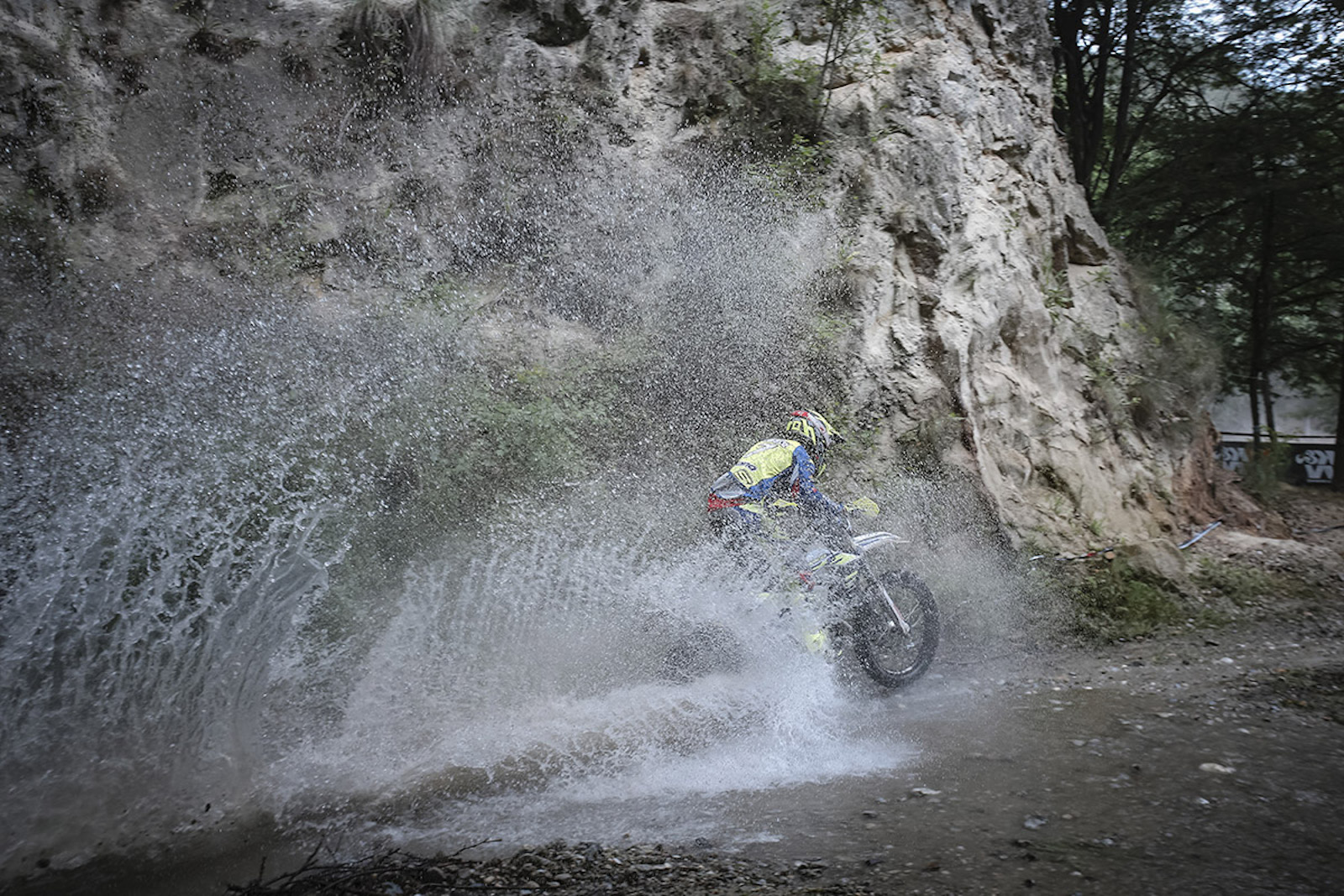 With the Junior title already wrapped up in Rovetta with Andrea Verona crowned champion, the big question for the Under-23 class is who will step up and take the vice-champion title?

One of these three riders will have to pull out all the stops in Uhlirske Janovice to widen the gap with a victory – taking advantage of the absence of the Champion, who has moved up to the EnduroGP E1 class.

No question this class is ultra-competitive and the three contenders three riders will surely have many others capable of wins including newly crowned European Enduro Champion, Roni Kytönen, 2018 125 class champion, Ruy Barbosa and Antoine Magain.

In Junior 1, the class dominated by Verona this year, second place seems almost certain to go to Théo Espinasse. Kytönen, Magain and Marc Sans will fight it out for third place. While in J2, the duel between Francisco and Edmondson rages like it has all season and this will be a battle to watch in the last two GPs.

Hamish could take the 125cc title 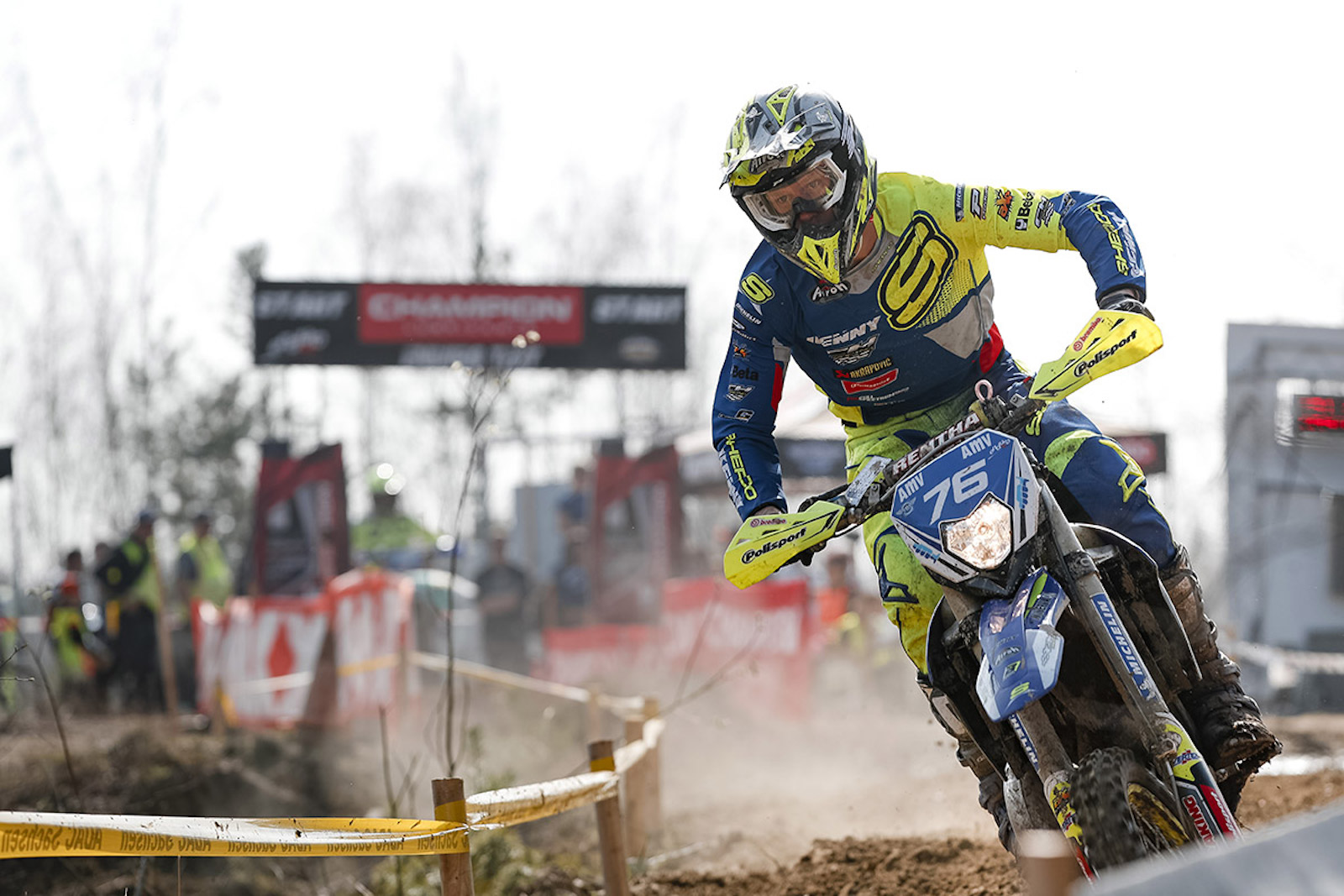 Finally, in Youth 125cc class, despite ‘dropping’ several results due to his badly broken collarbone, New Zealand’s Hamish MacDonald remains in a favourite for the championship with four wins.

Fabrizio Azzalin’s Sherco protege could even take the title on Sunday in the Czech Republic (thanks to the rule which allows Youth Cup riders to drop their four worst results). To achieve the crown he will need to ‘do the double’ in the Czech Republic – a tough call with Pavoni, Spanu, and also Nathan Bererd hot on his heels.

The paddock, the start line, and the Parc Fermé will all be located in the central square of host town, Uhlirske Janovice.

From there, the riders will tackle the Technomousse Xtreme Test near the city before heading to the Champion Enduro Test, which is predicted to be the ‘key’ test where a lot of battles could be decided.

They will then follow it up with the Maxxis Cross Test, which will be close to Koblasko.

Friday night’s Akrapovic Super Test will be on the city’s outskirts and will start at 17.00.

Stay tuned to Enduro21 for results and insight through the weekend or check EnduroGP.com for more information.