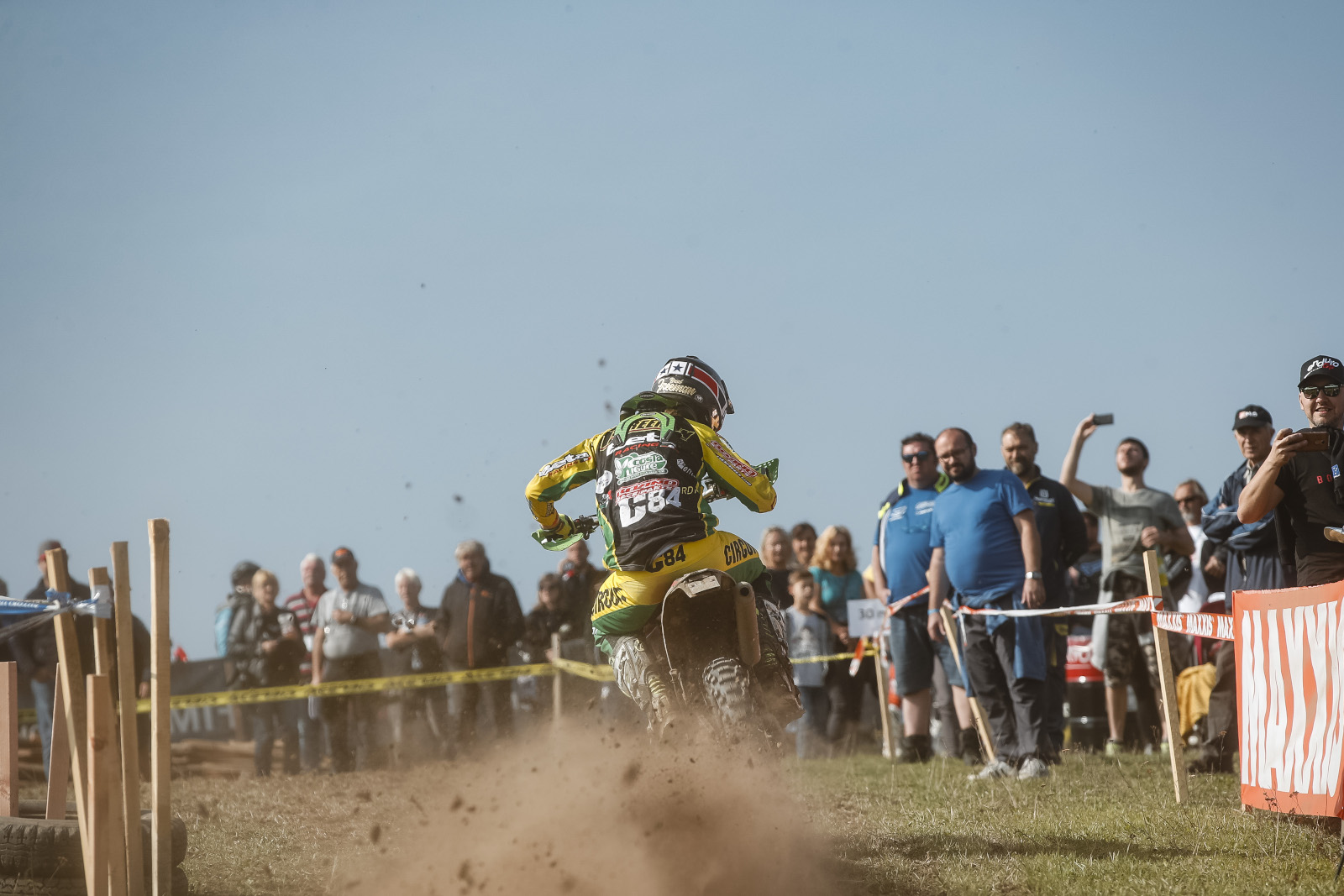 Full results from day one at the 2019 EnduroGP of Czech Republic which saw Brad Freeman in ruthless form for overall victory ahead of Steve Holcombe and Daniel McCanney.

Day one of the penultimate round of the 2019 Enduro World Champiponship in the Czech Republic belonged to Bradley Freeman who blasted fastest times on the bounce to take a comfortable victory from title rival, Steve Holcombe. Aussie, Wil Ruprecht took the Junior overall win while Kiwi Hamish MacDonald made it a good day for southern hemisphere riders with a storming win in Youth class. 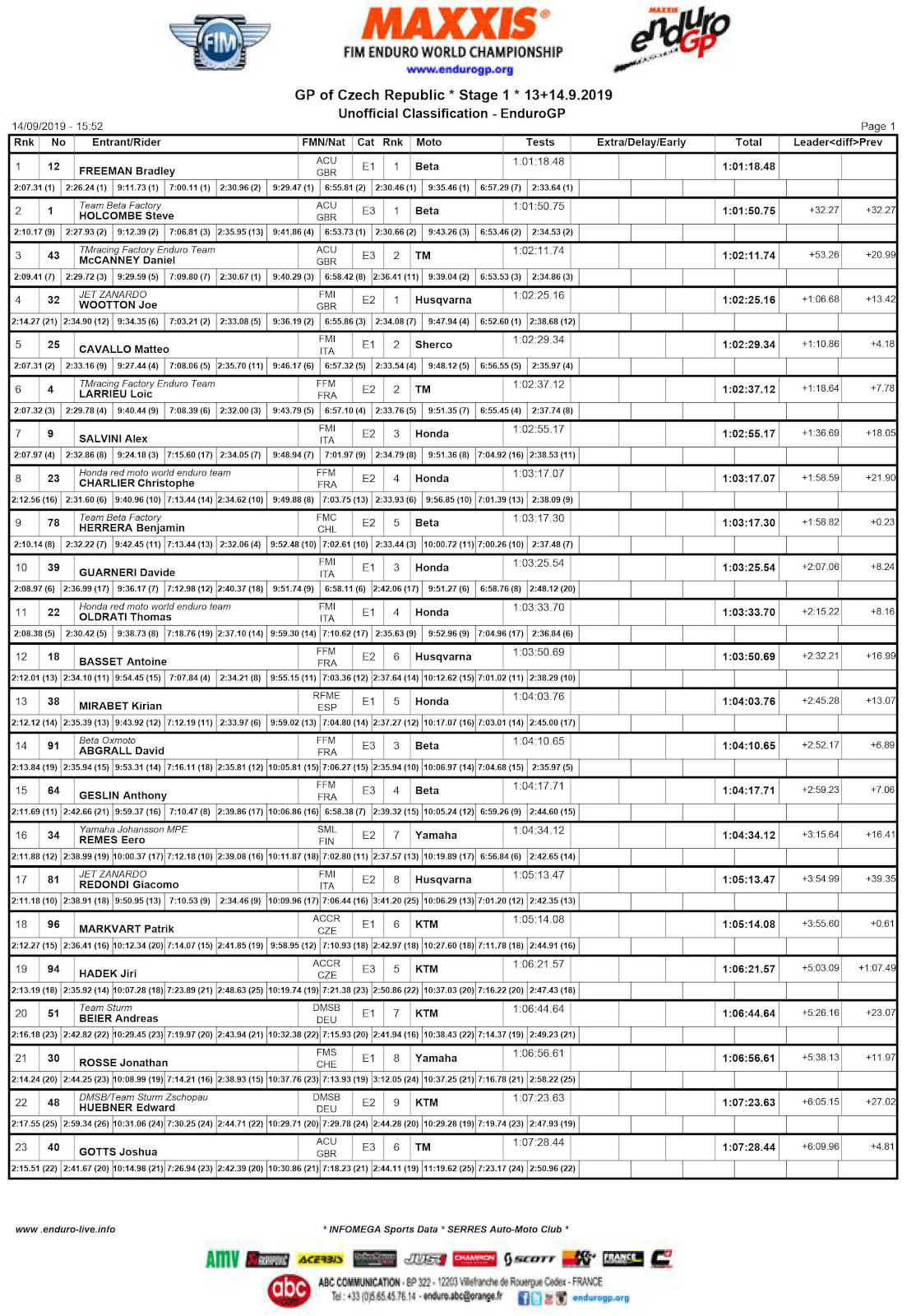 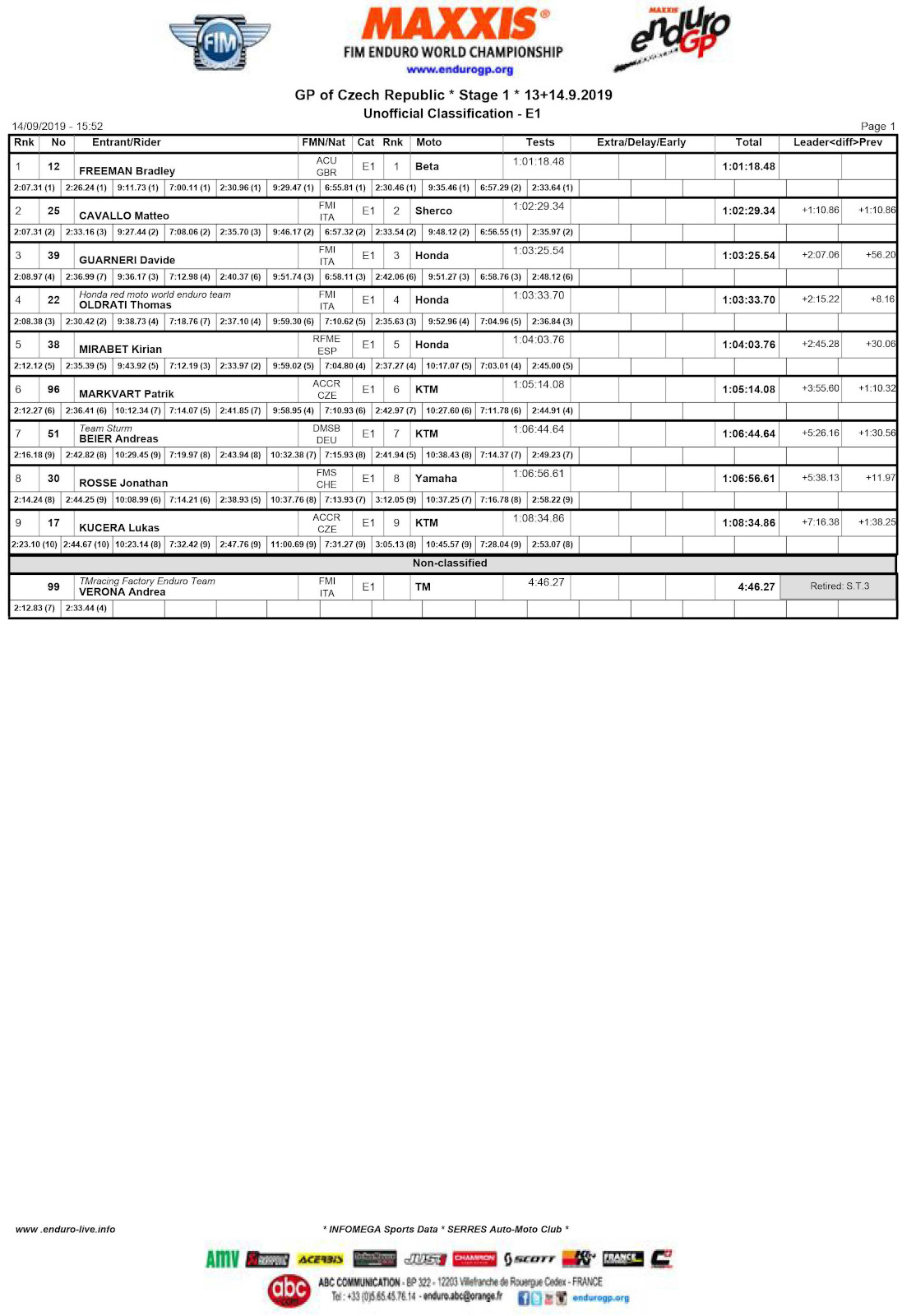 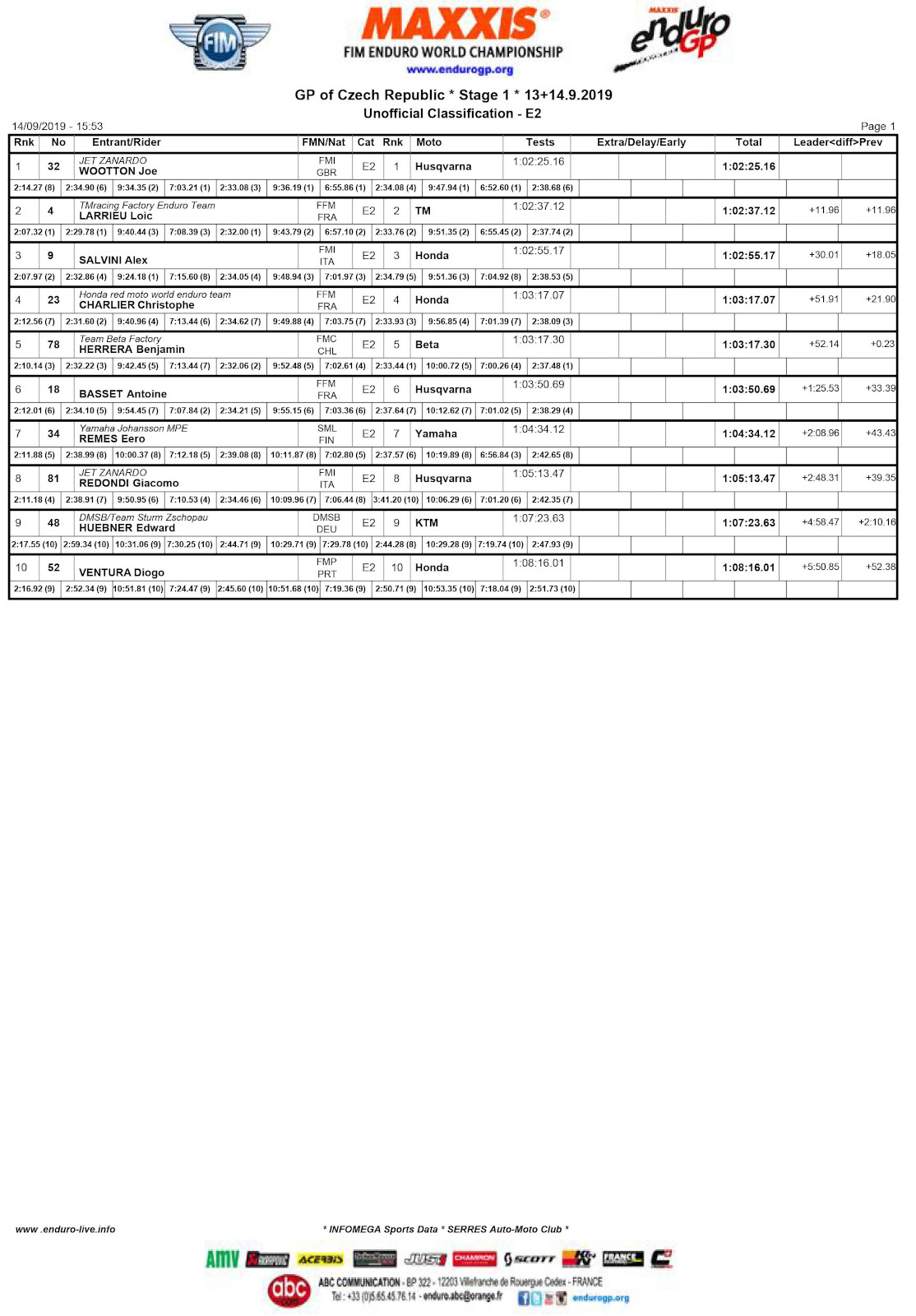 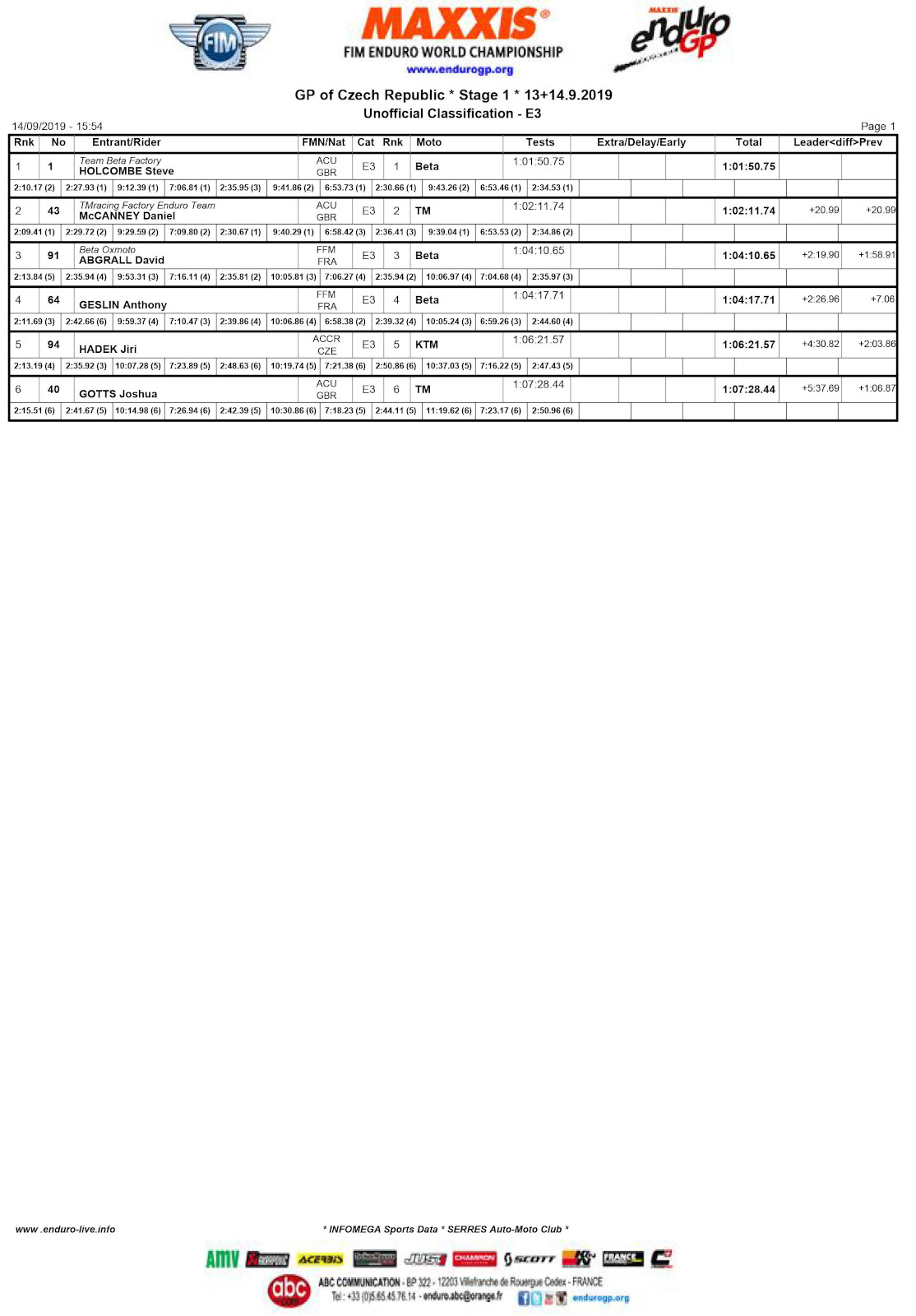 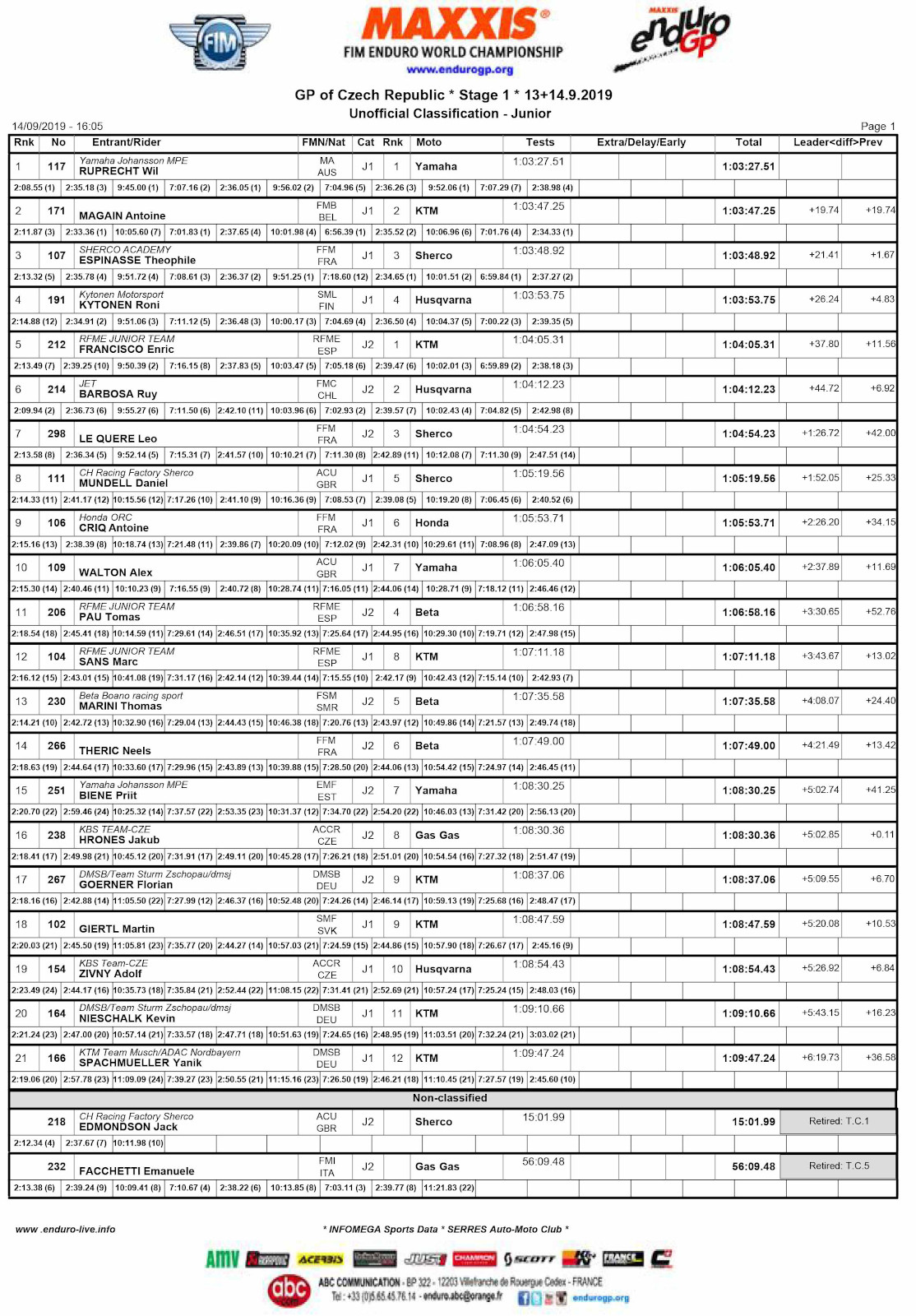 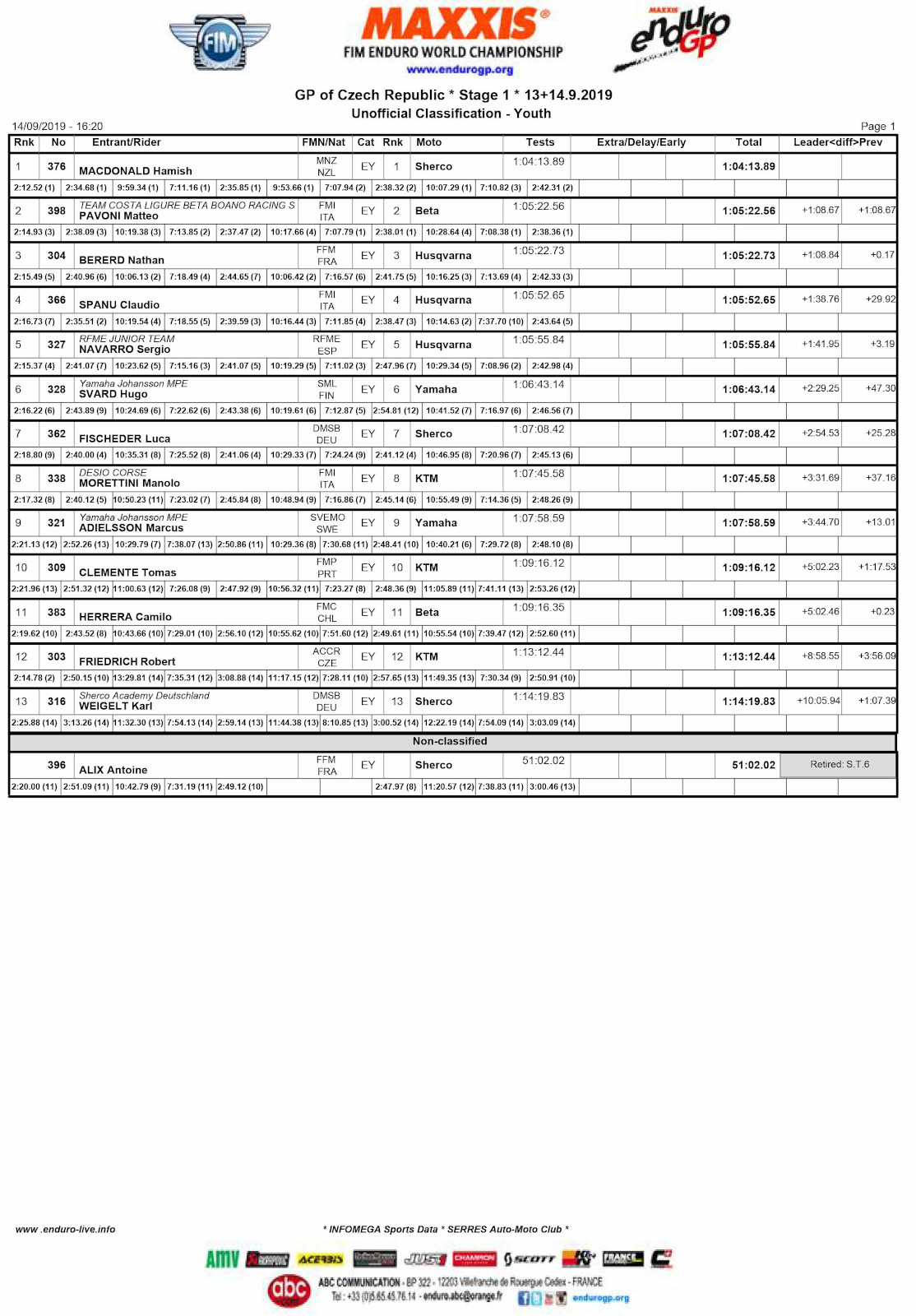 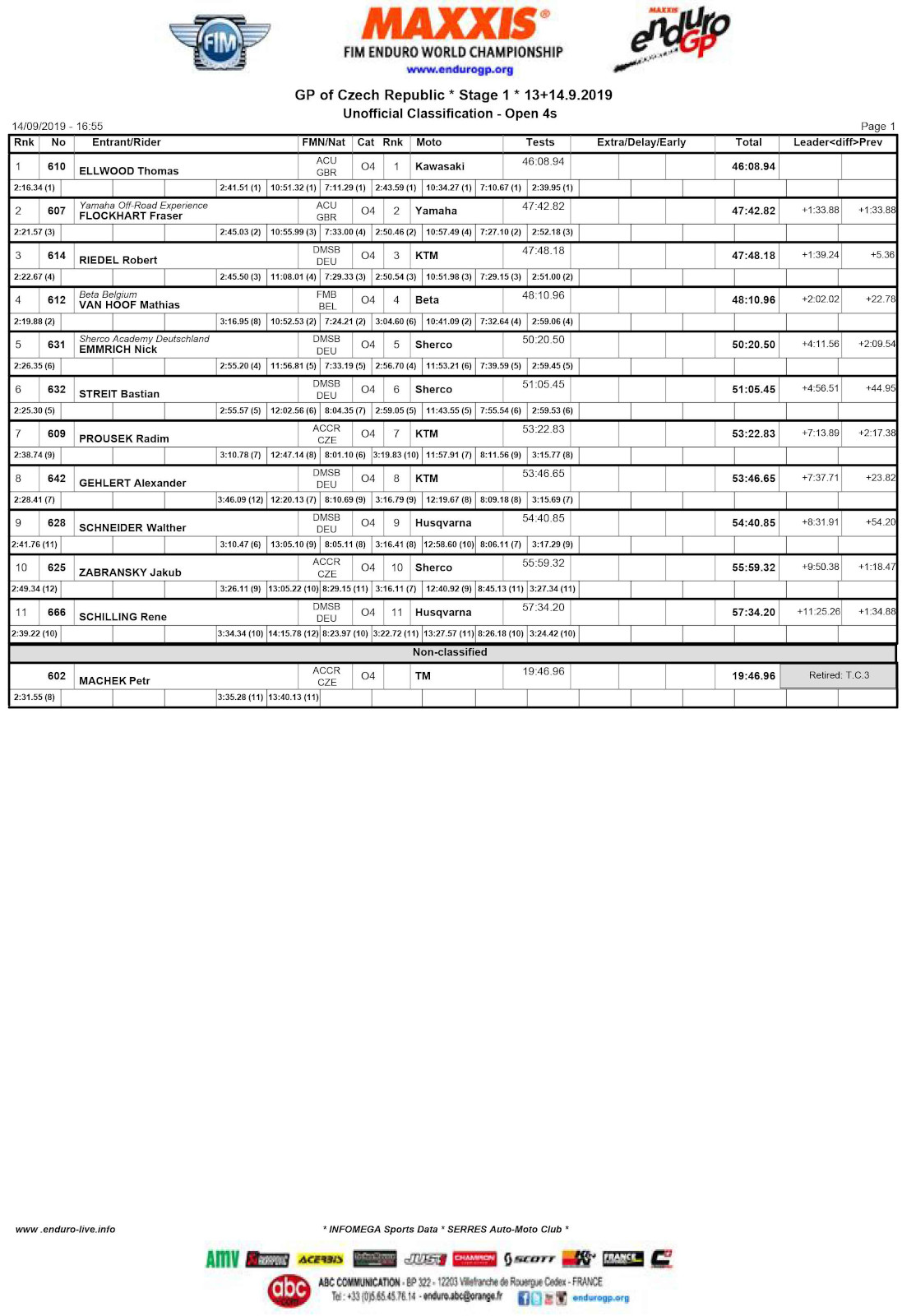 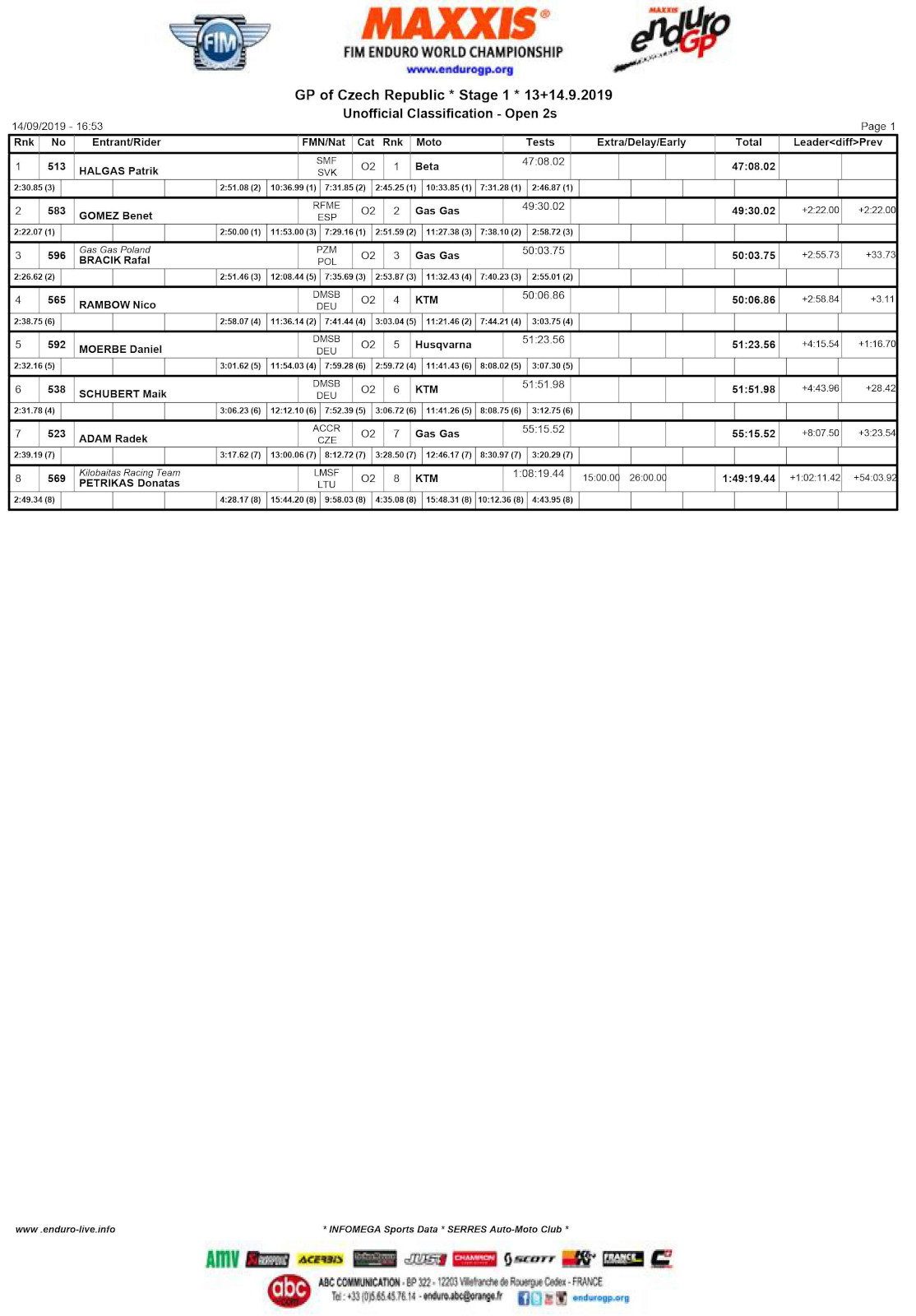 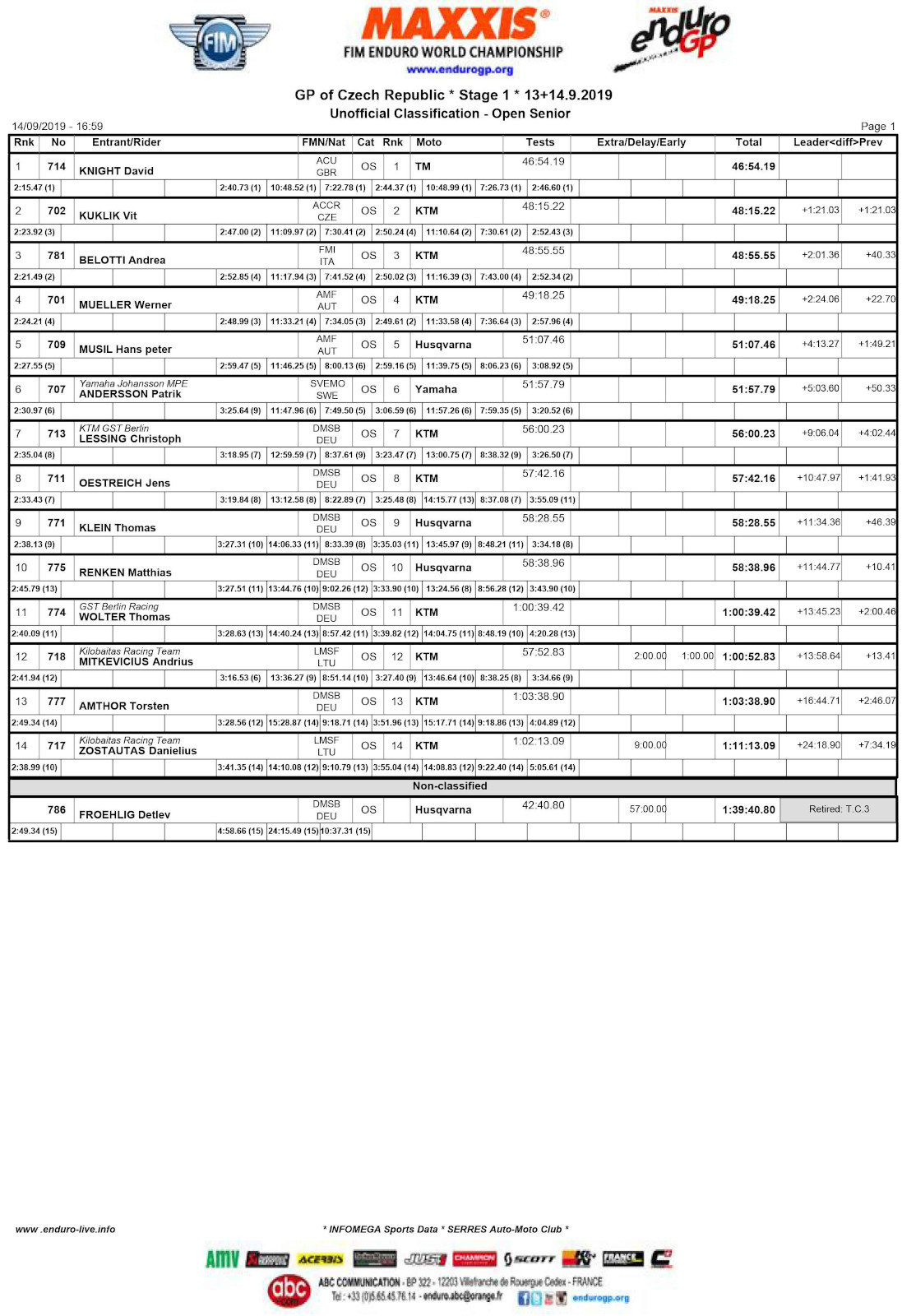