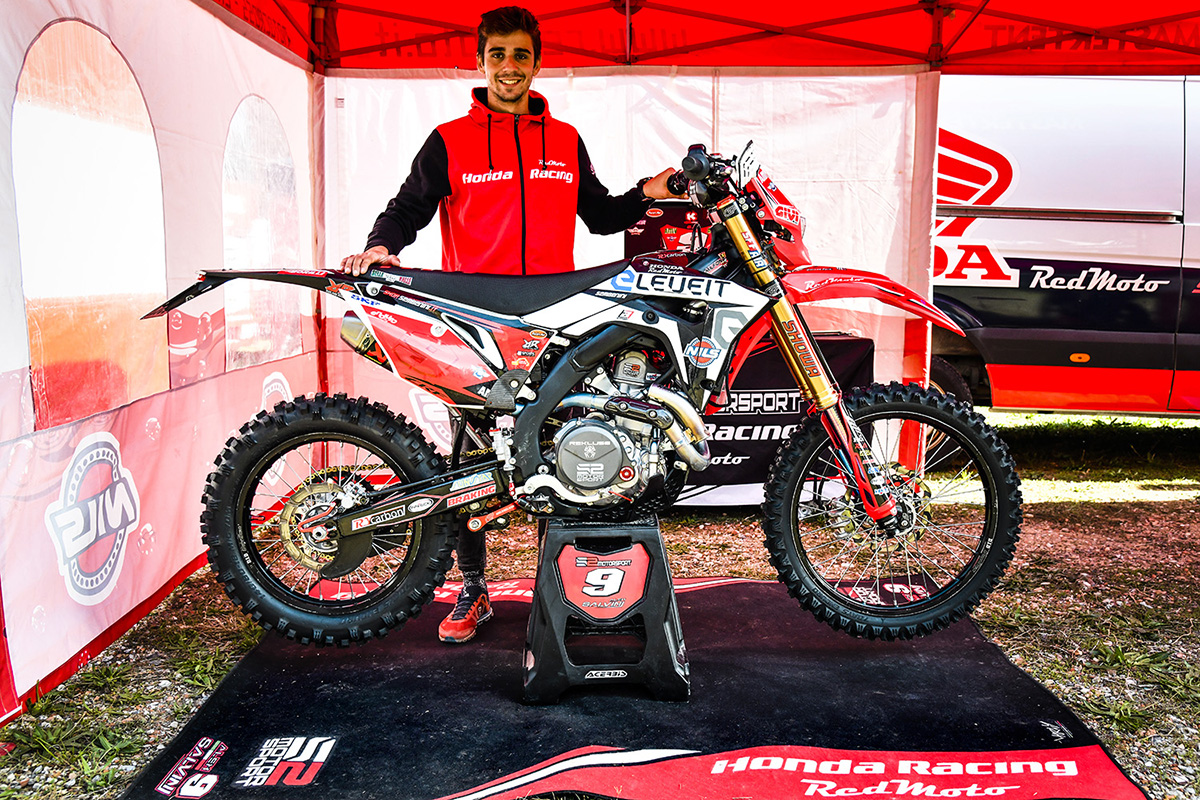 Salvini out, Mirabet in at S2 Motosports for remainder of 2020

Alex Salvini has called time on his 2020 season in order to undergo shoulder surgery and has drafted Spanish rider Kirian Mirabet onto the mighty S2 Motorsports Team CRF450RX for the final Italian and EnduroGP Championship rounds of 2020.

As Enduro21 already reported after the last EnduroGP, Alex Salvini will sit out of the remainder of the 2020 GP season to fix a long-standing issue with his shoulder – in fact it has dogged the big Italian for the last couple of years.

It was initially thought Alex could rest and race the final Italian Enduro Championship round this coming weekend in Arma di Taggia. But after further checks on his injured shoulder the clinical advice from Dr. Lorena Sangiorgi of the Italian Federation was to stop and undergo surgery as soon as possible. Salvini says the operation is scheduled on November 2 and will leave him out of action for four months.

Mirabet with big shoes to fill

Salvini’s withdrawal opens up an opportunity within the Honda family for Kirian Mirabet to step into his not inconsiderable shoes at the S2 Motorsports team for both the Italian finale this coming weekend and last two World Championship rounds in Portugal the following weeks. The young Spanish rider, who races for the Honda Impala Team, will step onto Salvini’s Honda-RedMoto CRF450RX Enduro alongside Brazilian Bruno Crivillin.

“This season was not good, especially with a such full and short calendar.” Says Salvini. “I hoped to race the Italian Championship till the end, because in Darfo-Boario I managed to race well even though I had pain to my shoulder. However, we understood the seriousness of the problem, so I decided to stop and I will undergo surgery as soon as possible. I’m very sorry for all my partners and fans. I thank everyone.

“It was a surprise, as well as an honour, being contacted by Alex Salvini to race in his place with Team S2 MotorSport.” Explains Kirian. “I’ll give my best to do well: unfortunately, in the last few months I had to stop because in August I crashed during a training session and I had an infection to my right leg. But I’m finally ready to race again! First in the Italian and then in the World Championship. Thank you to Alex, Team S2 MotorSport and Honda-RedMoto for this opportunity.”