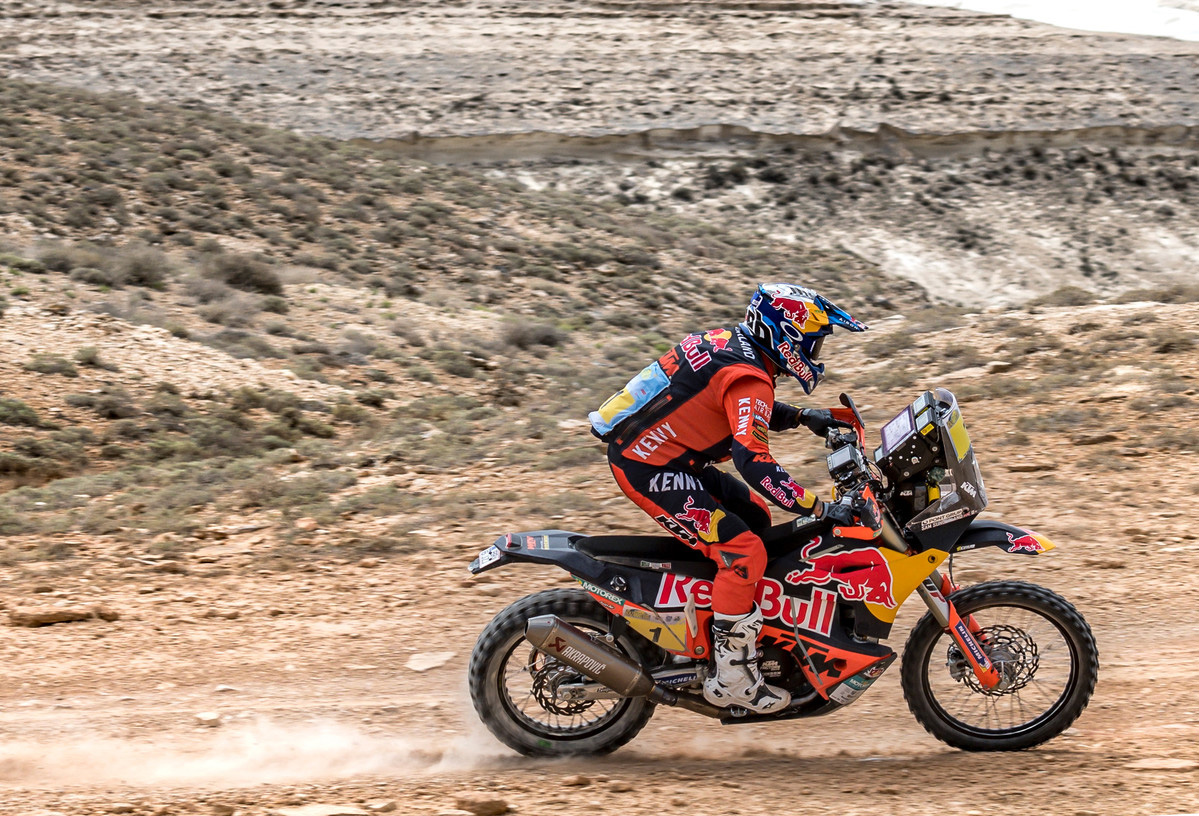 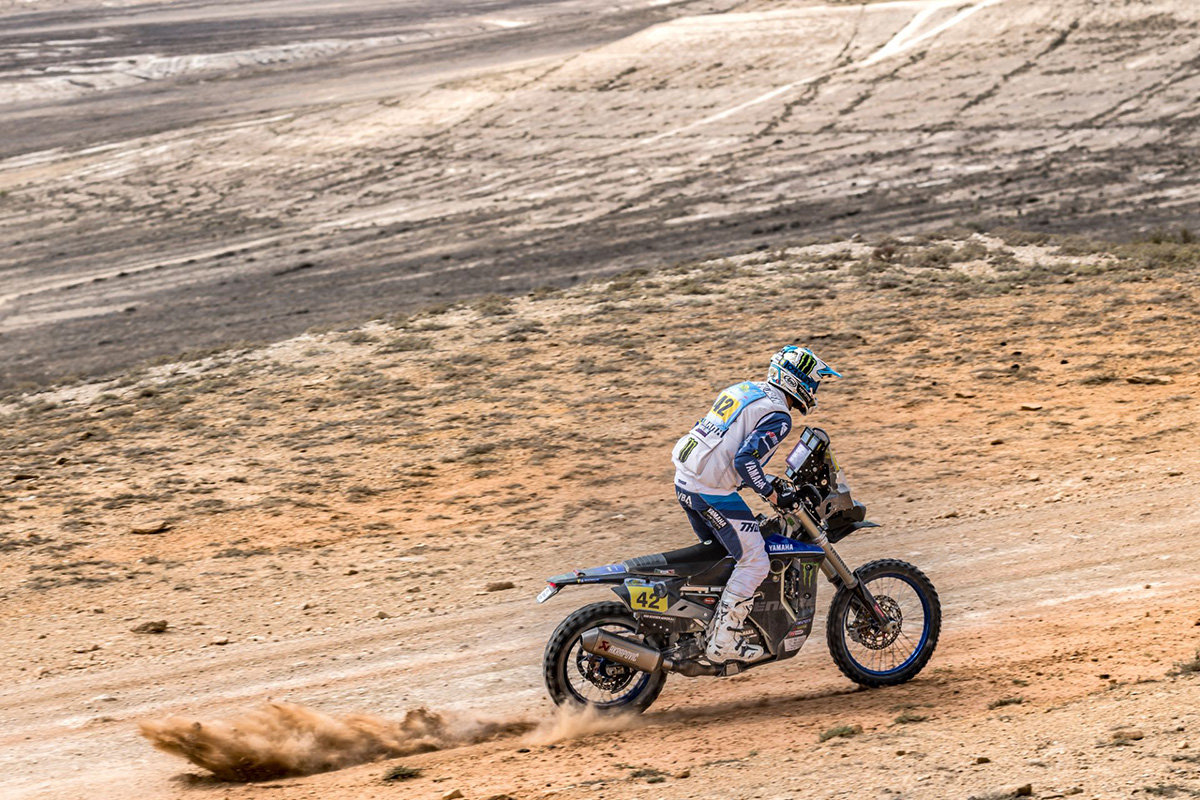 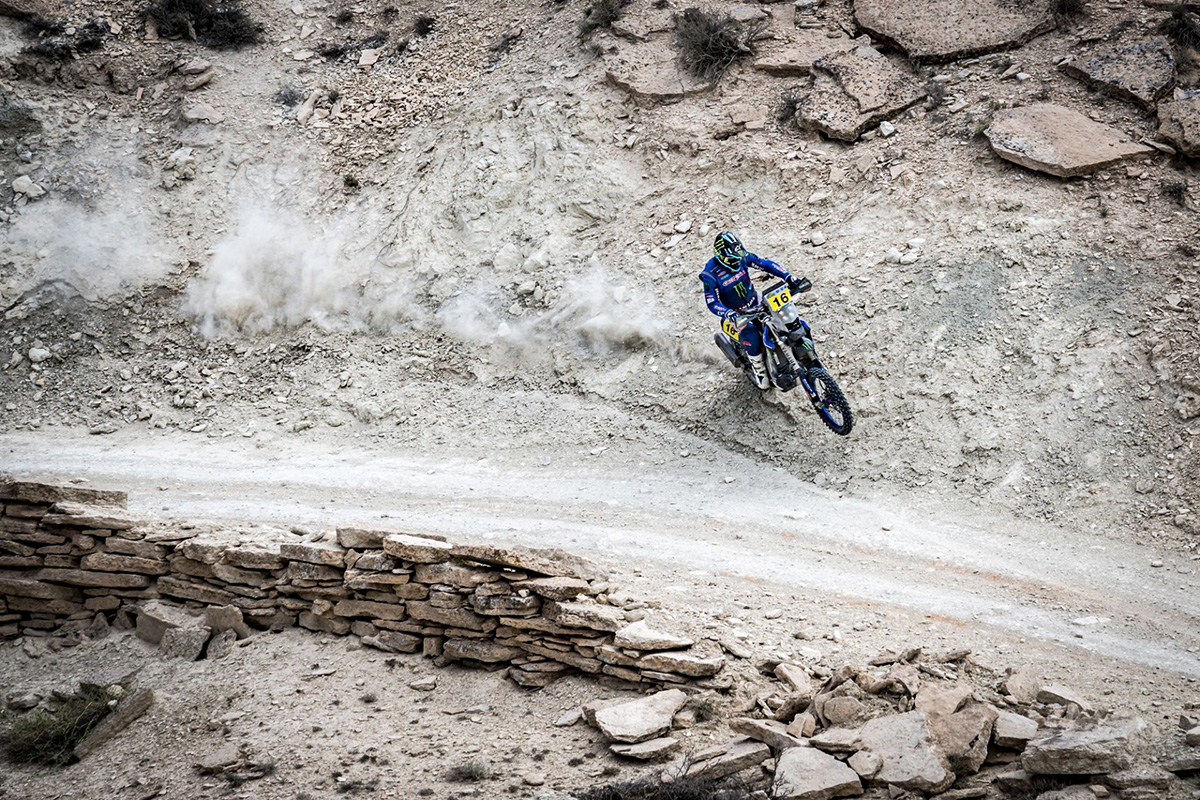 Red Bull KTM Racing’s Sam Sunderland delivered a promise to come out blazing on stage three of the Rally Kazakhstan, the reigning Cross-Country rallies World Champion finished two minutes clear of Adrien Van Beveren on a day which saw many riders struggle to make the finish without tyre problems.

As the second half of the event’s marathon stage, day three also included the longest special of the event at 331km and it proved to be a tough test for all. With no outside assistance allowed overnight, riders had to conserve their machines and notably tyres and mooses over the two days to make it back to the bivouac.

Almost every rider either had a problems with their rear mooses and tyres (see video below), or had to adjust their riding to suit the conditions, and that included stage two winner Skyler Howes who blasted his moose and tyre to bits. Despite trying to ride just on the rim, the American was forced to retire with just 20km to go. “I tried my best to fix it and keep the tyre on the rim,” explained Howes, “but eventually it shredded and came off the rim. I got to within about 20km of the finish just riding on the rim, but after travelling so far, I had to stop. It’s racing and although thankfully rare, these things can happen.”

Stage three winner Sunderland was among the riders able to see what had happened to Skyler and took his foot off the gas to ensure the same did not happen to him. “It was quite a tough one, especially as it was one of the longest specials of the race.” Says Sunderland. “I saw Skyler had a problem with his mousse. I knew then I had to slow things down a little to be able to make the finish, especially in the faster sections. When we got back into the sand, I was able to push on again to get a good result. I’m happy to win the stage, but there’s still work to do.”

Yamaha riders second on the stage and leading overall

Adrien Van Beveren proved to be the fastest member of the Monster Energy Yamaha Rally Team on the third stage. He finished just over two minutes behind Sunderland to jump up to second in the provisional standings

“It was another really fast stage today, so keeping focused was really important” Explained Van Beveren. “The marathon stage was challenging and I’m really happy to have completed it with no issues for myself or my bike.”

Third place on the stage and 3:30s behind the winner, Ross Branch had his own moose issues like so many and actually rode to the finish with no rear tyre. It made little difference to the ever-happy Kalahari Ferrari who takes control of the overall standings by six and half minutes.

“I had a small issue with the mousse in my tyre near the end.” Explained Branch with the understatement of the day. “I was able to complete the stage, that was main thing, but I lost a little bit of time. I’m in the lead though so overall it was a pretty good end to the marathon stage.”

Tomorrow’s stage four of the 2021 Rally Kazakhstan, the penultimate of the event, features two long liaison sections and a timed special of 308.8km. As well as the familiar fast, rocky pistes, the stage will feature 40km of dunes. 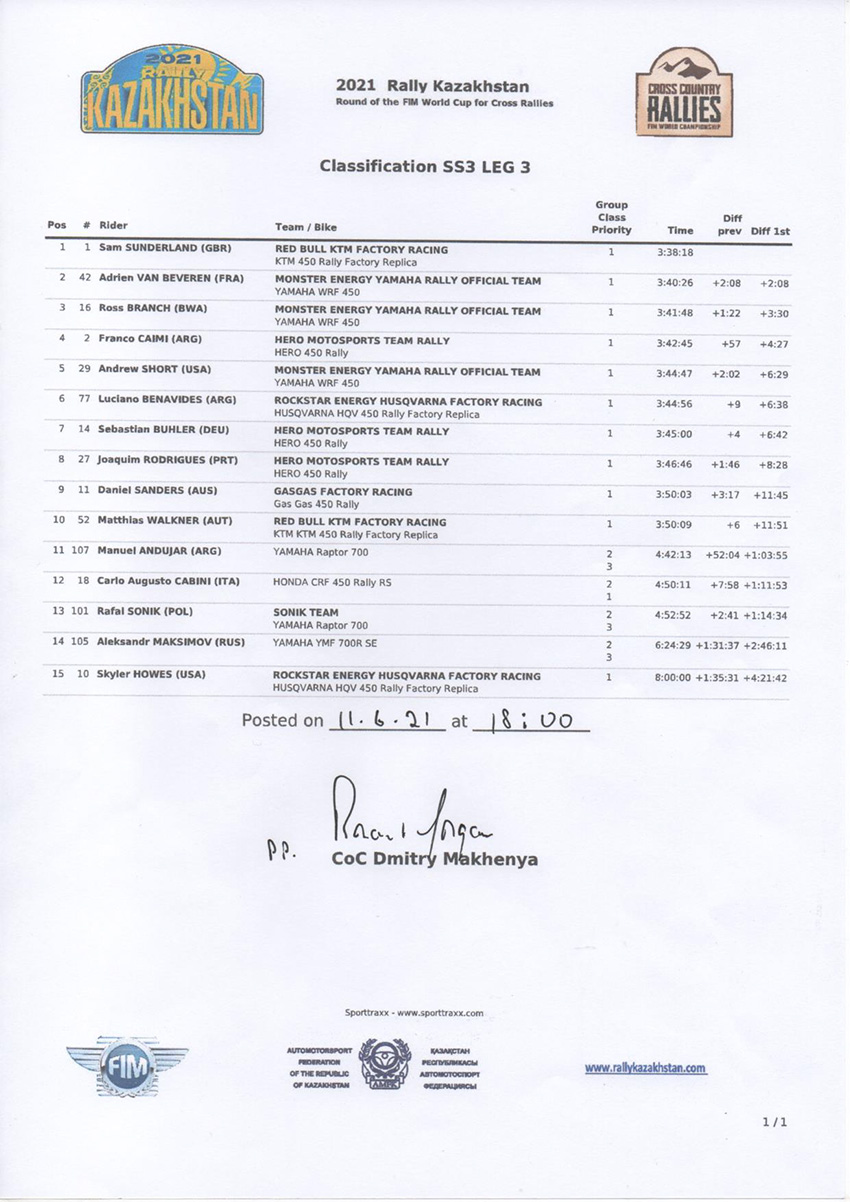 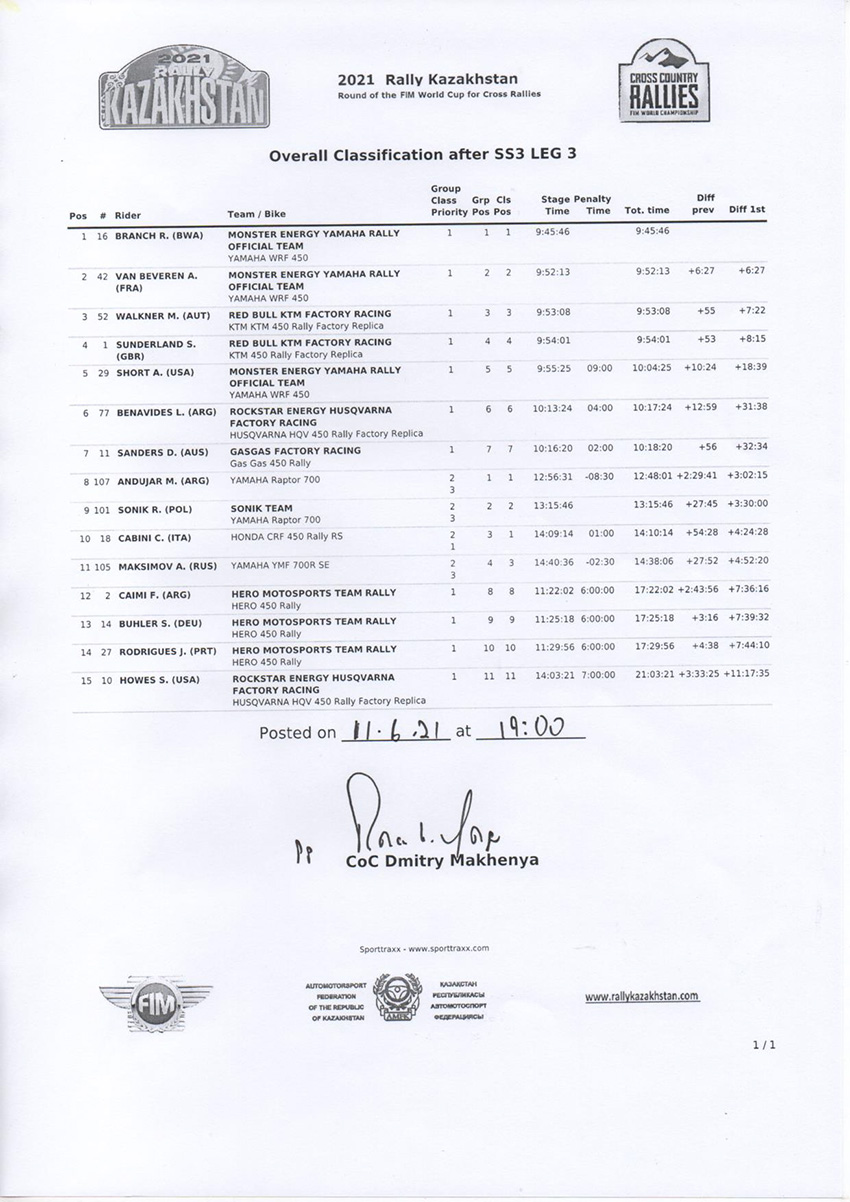