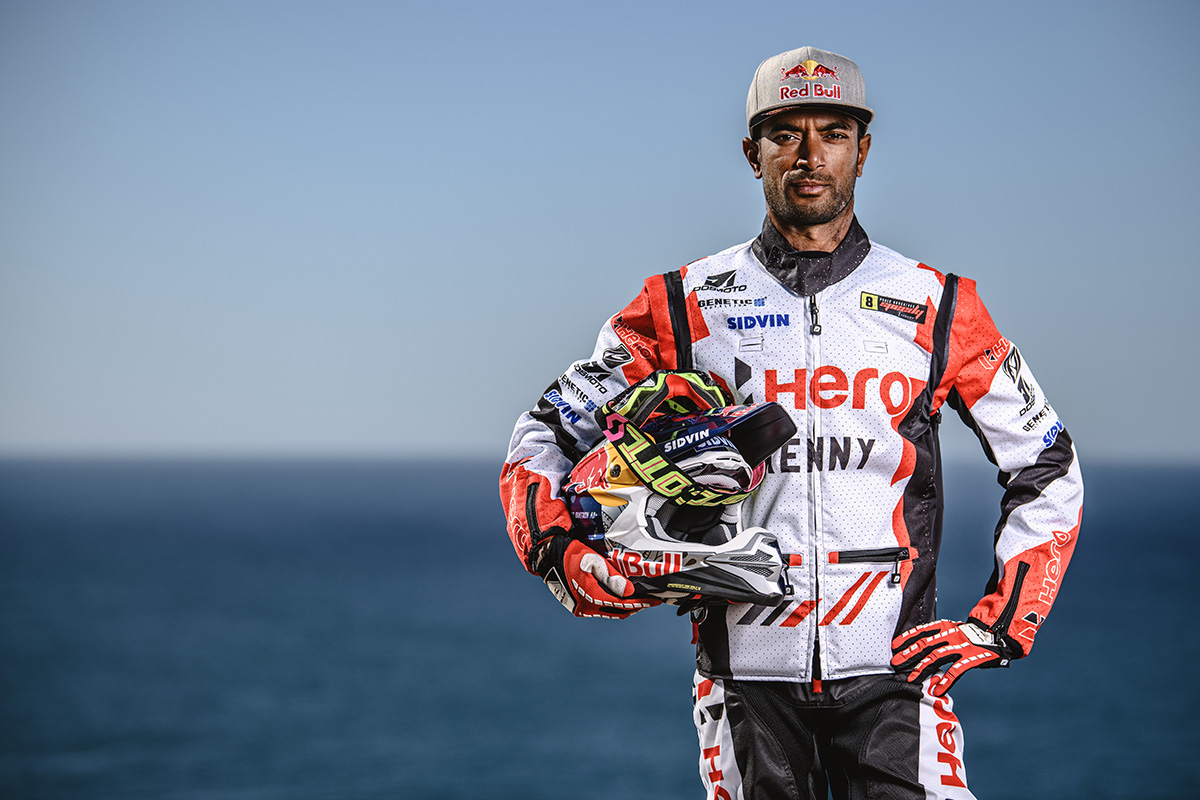 Indian rider C S Santosh is in an artificial coma but has “no major physical injuries” his Hero Motorsports Rally Team report after his high-speed crash during stage four of the 2021 Dakar Rally.

Chunchunguppe Shivashankar Santosh, to give the Indian rider his full name, crashed out at high speed during day four and was initially attended by fellow riders before Dakar medical staff arrived. Day four was the same stage of the Dakar which tragically saw Paulo Goncalves fatally injured during the 2020 event.

Santosh was airlifted to hospital and is currently receiving treatment at the Saudi German Hospital in Riyadh where his team report he has no major physical injuries except for the dislocated right shoulder and a head trauma.

The Hero team say Santosh has undergone scans which show he has no major issues and is expected to make a full recovery but that the medical team attending to him have taken the precaution to keep Santosh heavily sedated.

“The best approach to manage the injury is to reduce the body functions to a minimum and keep him in a sedated condition or an artificial coma.” Says today’s statement from Hero Motorsports. “He is receiving the best possible medical care and will continue to be under constant observation for the next few days.” They add.

The Hero Motorsports Rally team expresses gratitude and thanks to the riders who helped Santosh at the time of the crash and also thank the organisers for getting the medical and rescue teams on the spot in quick time and airlifting him to reach the hospital quickly.