It was another dry and dusty day at the 2020 Andalucia Rally which saw riders face a 243km special stage of loose rocks, hard-pack surfaces and no shortage of places to make mistakes. Yamaha newboy Ross Branch started from 13th and proved to be the most adept at playing the balancing act between crashing and flying by taking his first international rally stage win in blue. 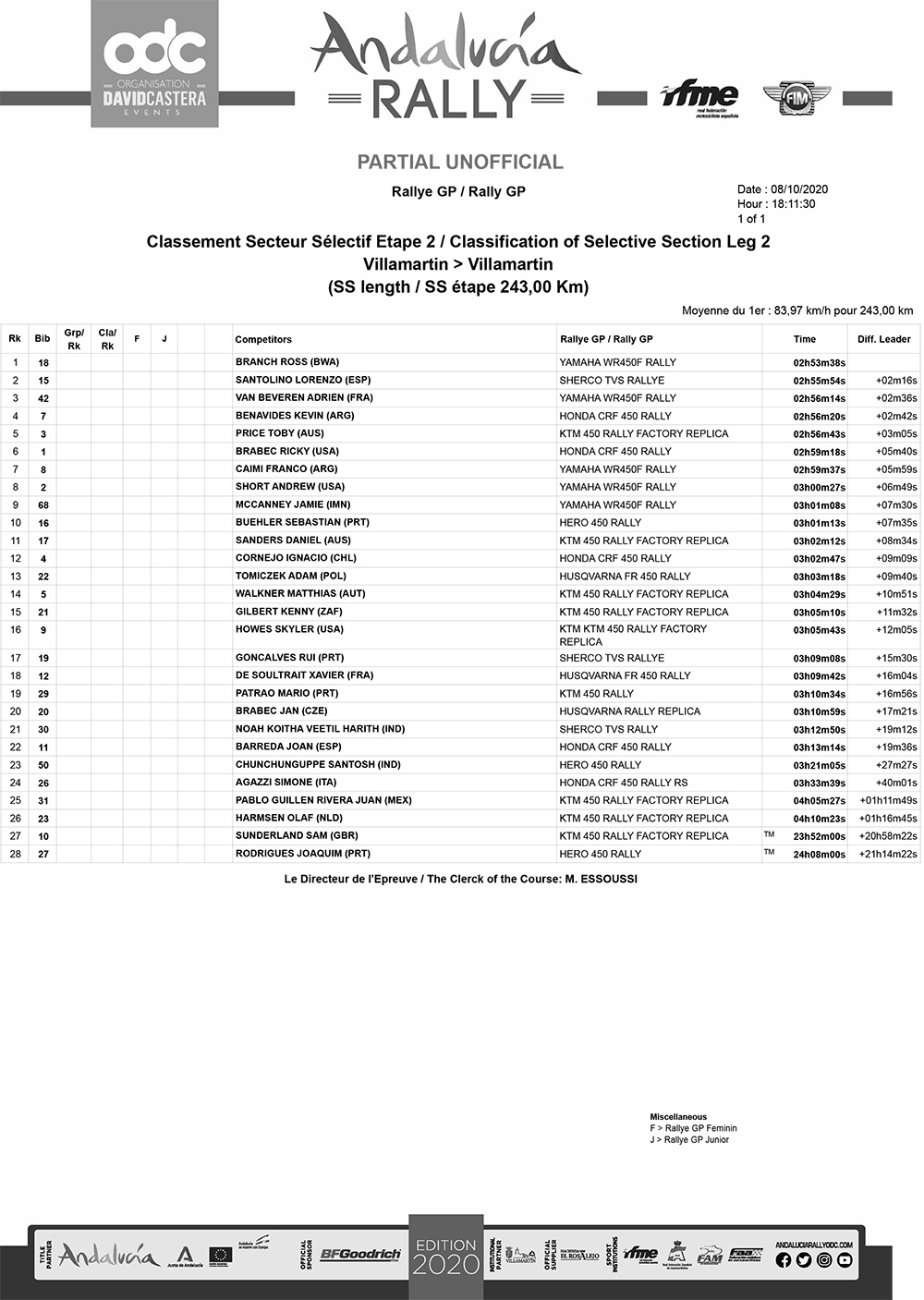 Overall rally leader and first rider away, Kevin Benavides capitalised on having no dust in his face and came home just 43s behind Branch on the timing sheets. However, the Argentinian was later docked two minutes and dropped from second to fourth on the stage with the consolation of sitting 2m52s clear overall.

“I started out very focused.” Said Benavides. “I was doing very well over the first 100 kilometres, opening the track but opening a gap from the rest. Two kilometres before the finish of the first part I had a small fall, scratching my arm a little. I slowed down a bit for the rest of the stage.”

Joan Barreda was notable among the top riders in finding problems on stage two and cited GPS issues as well as running off-piste (see video above). The Honda rider was docked 14 minutes and goes from P2 to P14. Other riders had trouble finding rogue waypoints and were later docked positions with crashes on the loose and hard-pack terrain also not an exclusive club.

Sherco's Lorenzo Santolino moves into P2 overall and becomes best placed Spaniard after finishing P2 on the stage (after Benavides was docked time) ahead of Adrien Van Beveren who similarly was third on the day and now P3 overall – the pair were also separated by just 20 seconds on this second stage.

Notable withdrawals today included Sam Sunderland who was one of many to have incidents on the dry and very dusty stage. Sunderland crashed out just 10km into the stage and though the KTM factory rider was not seriously injured, he was forced to retire. 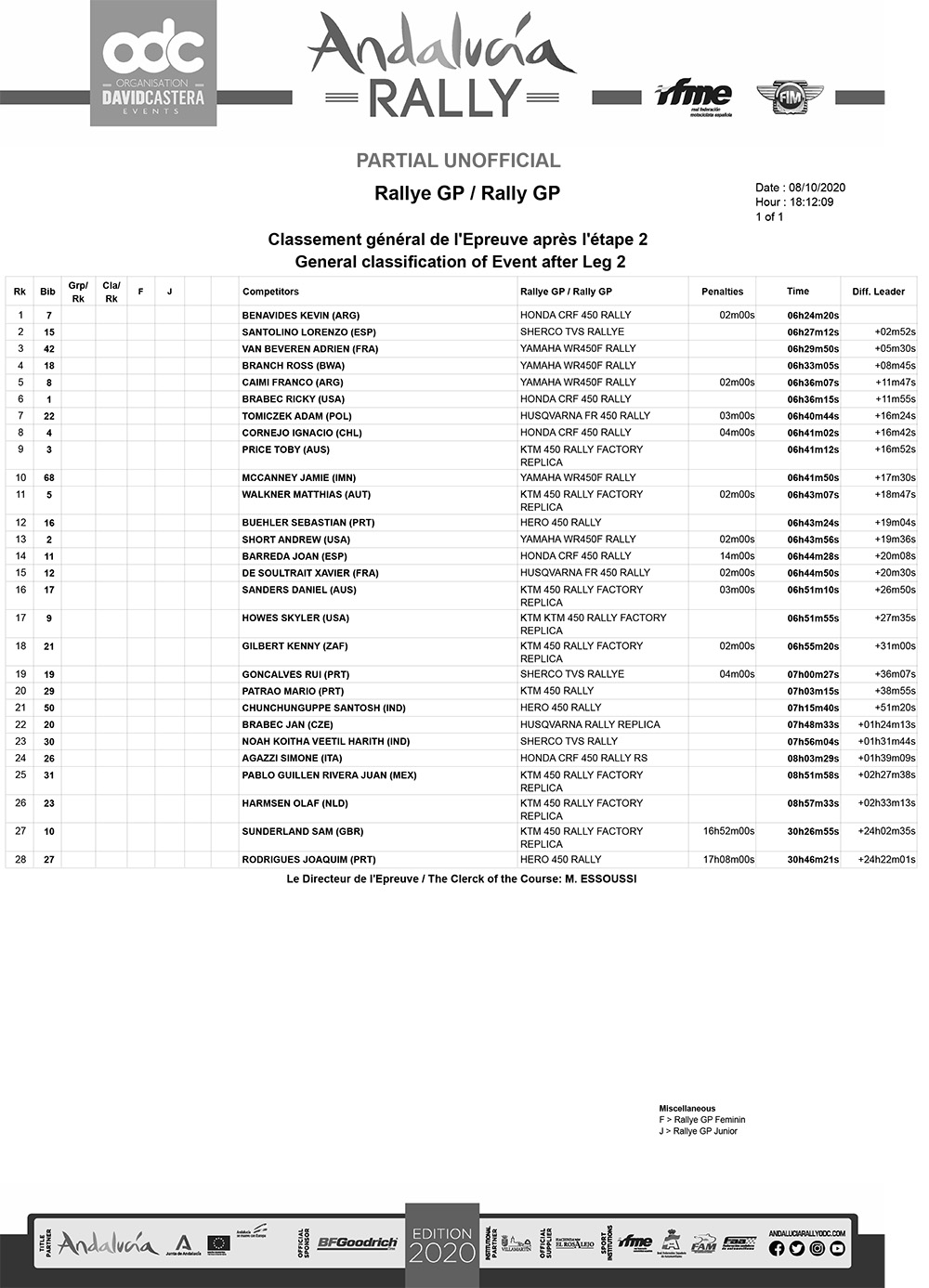 In the Rally 2 class, Frenchman Mathieu Doveze took the stage win narrowly ahead of Tosha Schareina. Tosha’s results see him place second overall in the general classification behind David Knight. Knighter was another rider to have a tough stage two, the former enduro world champ dropped 8m39s on the stage winner. 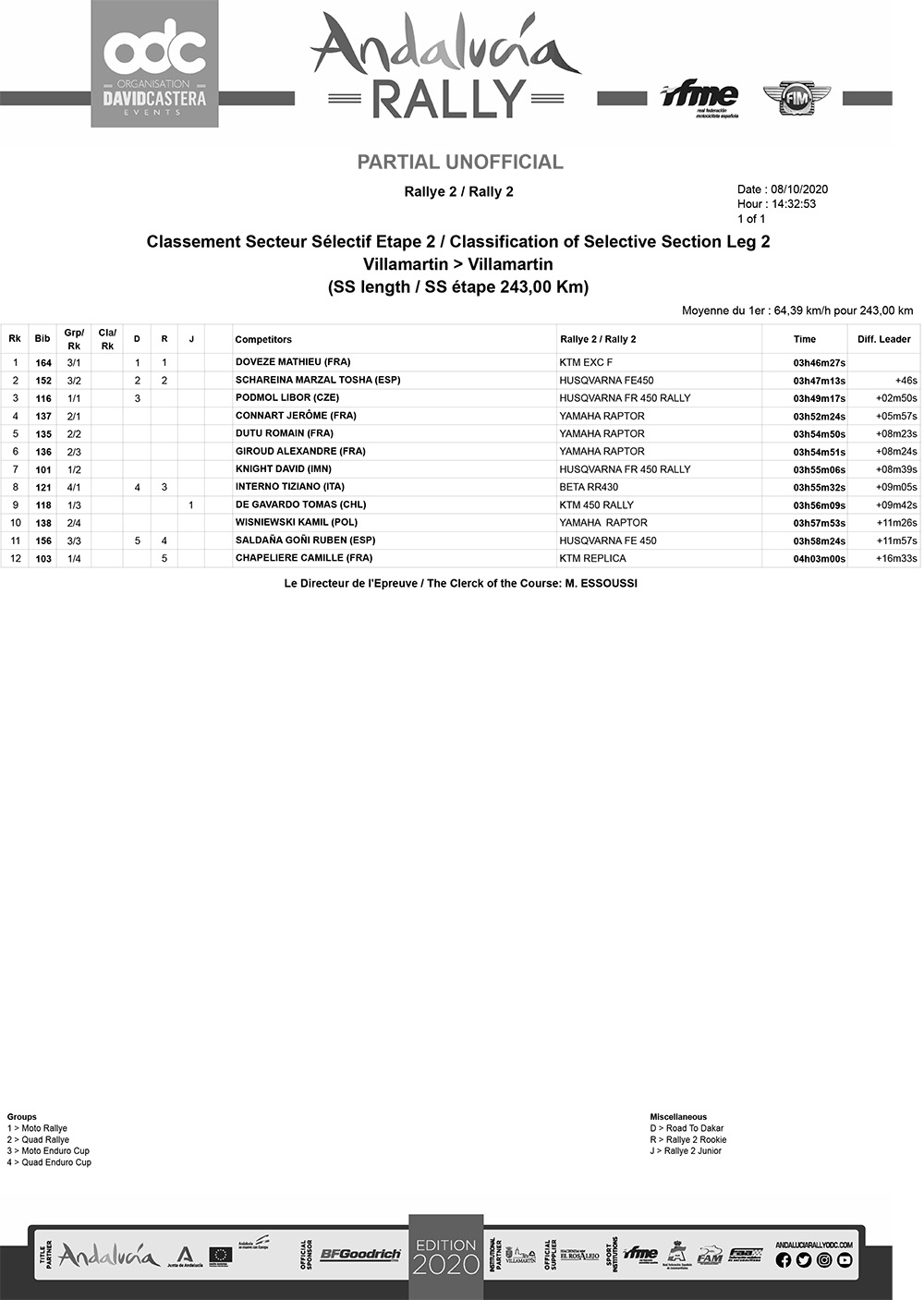 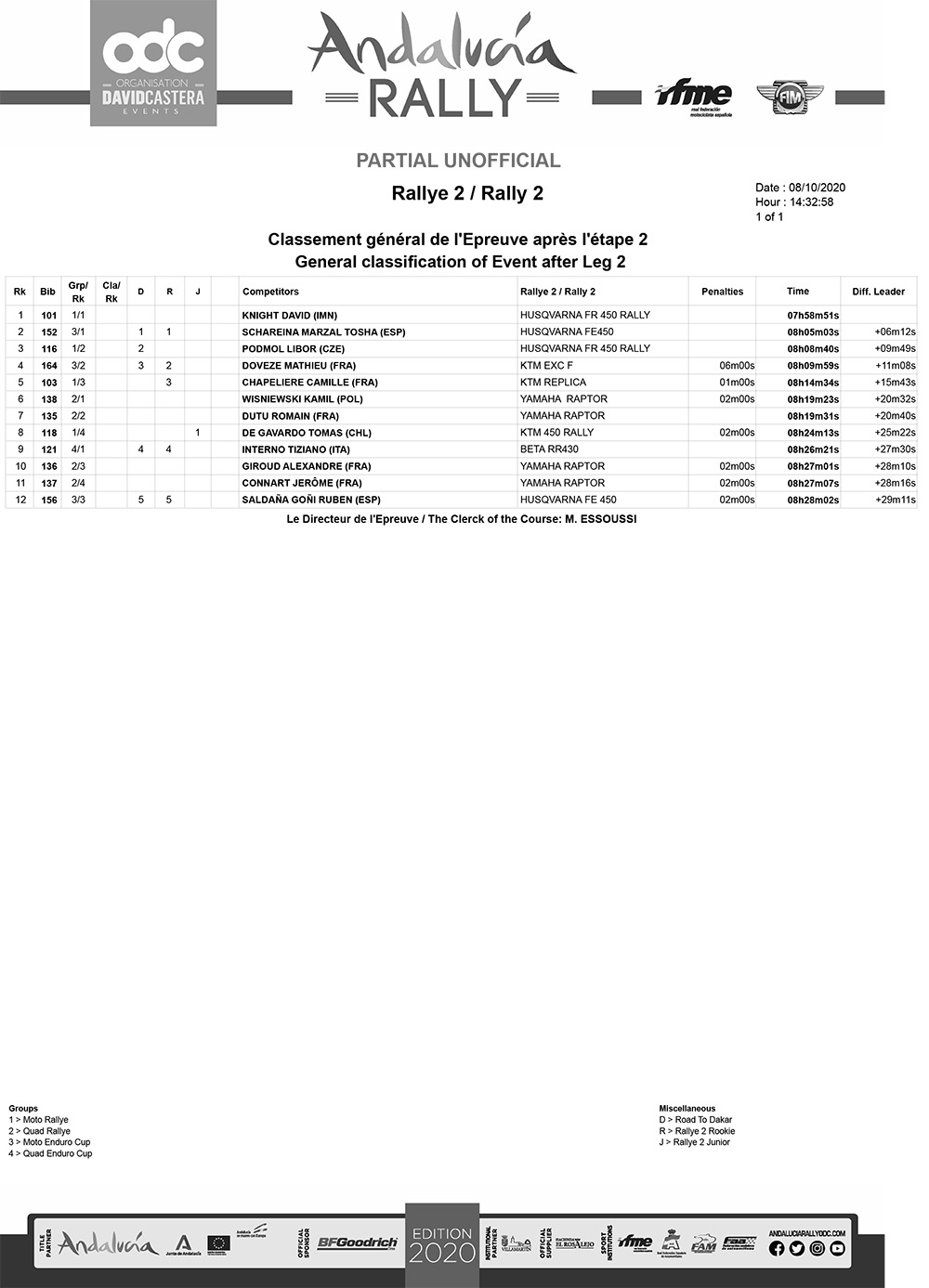 Friday’s stage three of the 2020 Andalucia Rally will see competitors cover a total of 434 kilometres with a single timed special of 300 kilometres.